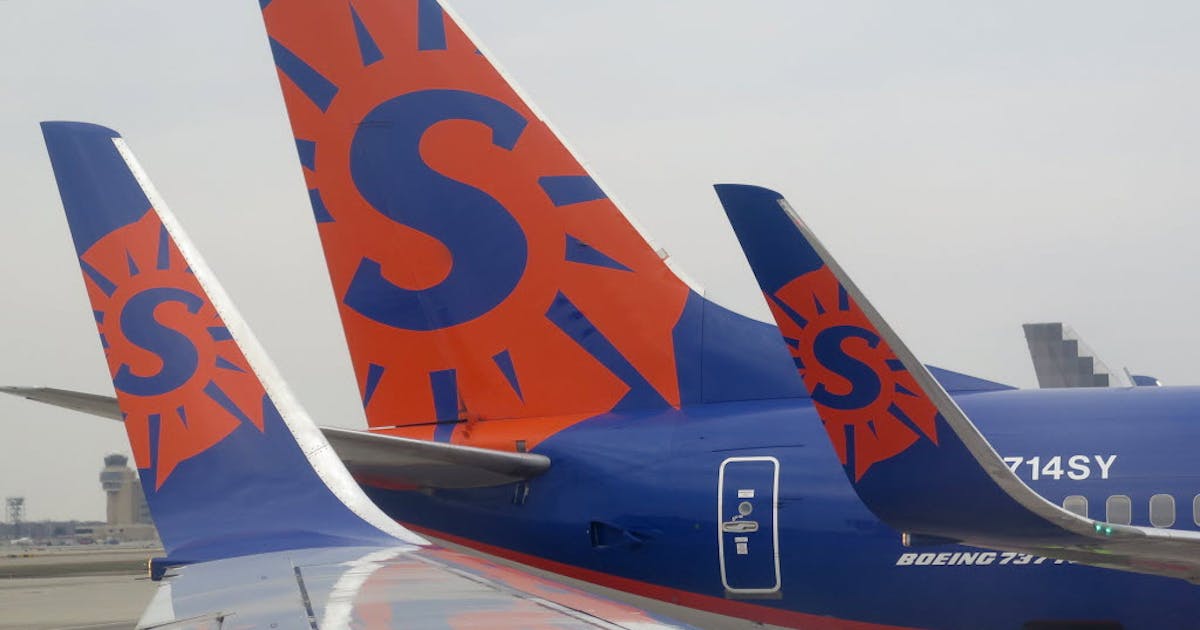 A computer network breach forced Sun Country Airlines to cancel all its flights before 8 a.m. Monday morning, and the disruption led to delays for most of the passengers for the rest of the day.

The power outage occurred at a computer system provider used by Minneapolis-based Sun Country and other airlines. This led Sun Country to resort to manual processes to clear flights for a few hours.

By 10:30 am, Sun Country had been able to get everyone except one of its flights scheduled after 8am into the air. That plane, en route to Fort Myers, Florida, in the afternoon was canceled for reasons unrelated to the network outage, Sun Country said.

Passengers affected by the canceled flights were issued a full refund and fees for changing planes were waived, the airline said.

When they arrived so early, the cancellations had consequences for Sun Country’s operations during the day, as the airline tried to get back on schedule and re-order disturbed passengers.

Many flights were delayed. Separate flights from Minneapolis-St. Paul International Airport to Phoenix and St. Louis, for example, took off and landed just over an hour late Monday afternoon.

A flight to Seattle in the late afternoon took off half an hour late, but was scheduled to take up time along the way, according to FlightAware, a flight information service.

“We expect some delays as we continue to move through the evening, but hope to maintain operations and get people on board and to their destinations as close to schedule as possible,” a Sun Country spokeswoman said late Monday afternoon.

Some Sun Country customers complained on Twitter about difficulties in getting details from the airline’s customer center about flight status.

The problem emerged in the midst of a wave of cancellations of flights over the Christmas weekend as airlines struggled with staff shortages as people became ill from the rapidly spreading omicron variant of COVID-19.

Shares in Sun Country fell 2.6% on Monday, and fell with other airline shares on a day when broad market indices rose 1% or more. Shares in Delta Air Lines, the dominant airline at MSP and which canceled around 200 flights due to weather and virus effects, fell almost 1%.