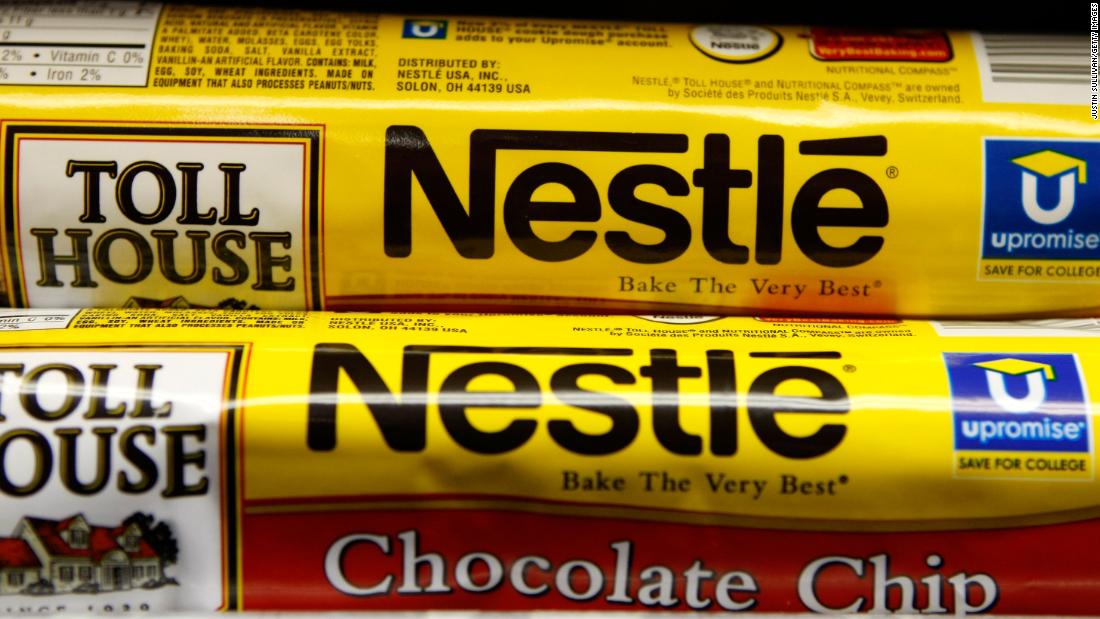 Nestlé USA states that a voluntary recall was issued after receiving reports that customers found bits of food grade rubber chunks in some of their dough products.

The company said in a release that it had identified and solved the problem, but issued the recall to be safe.

The recall covers some easy-to-bake refrigerated Nestlé Toll House Cookie tubs and tubes sold in the United States and Puerto Rico, the company said in a release.
The recall is limited to those ready to bake refrigerated products with batch codes beginning with 9189 through batch codes beginning with 9295. Batch dates are the four digits following the "use or freeze" date and before the number 5753.

So far no illnesses or injuries from the recalled products have been reported.

If you have one of the items affected, the company said to throw it away, but keep the proof of purchase and contact Nestlé Consumer Services.