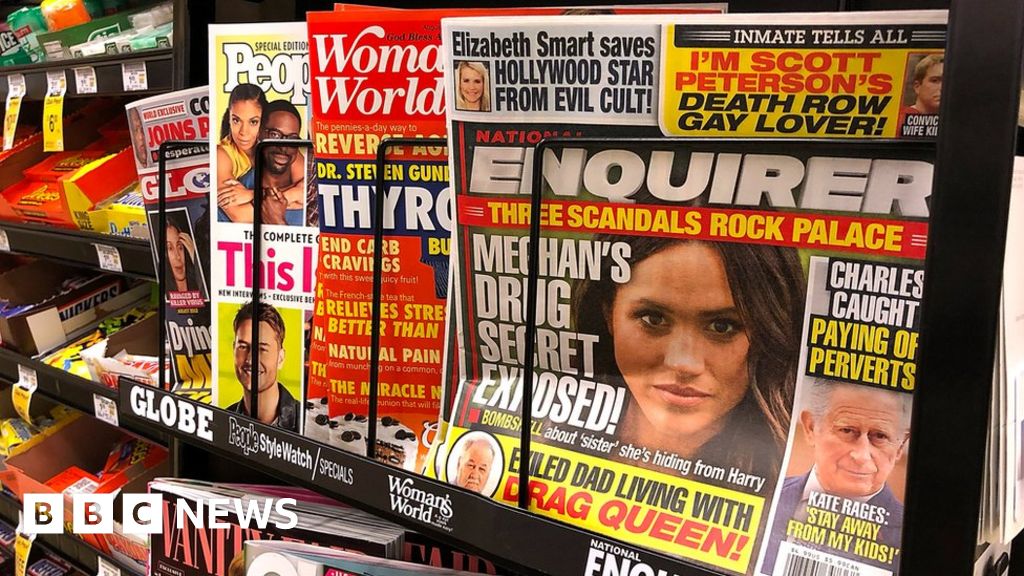 The owner of US tabloid newspaper of the National Enquirer has agreed to sell the title to magazine distributor James Cohen.

American Media Inc (AMI) said it would sell the title and two of its sister publications to Mr. Cohen

The tabloid has been embroiled in high-profile scandals involving US President Donald Trump and Amazon's Jeff Bezos.

In a statement, AMI said it had reached an agreement in principle with Mr Cohen to sell the title US and UK editions, along with the Globe and National Examiner.

"The sale of these brands shows their vitality in today's newsstand marketplace where they continue to generate nearly $ 30 million in profit annually," AMI chief executive David Pecker said.

"Year after year, the inquirer has to be one of the best-selling and most profitable newsstand titles," Mr Cohen said.

He said he plans to boost the National Enquirer's video and documentary collaborations, as well as his theme park business.

The National Enquirer is best known for its outlandish celebrity gossip and crime coverage.

Last year the publisher admitted to helping Mr Trump's presidential campaign bury a report on an extramarital affair with a former Playboy model.

Federal prosecutors announced in December that AMI had admitted paying Karen McDougal $ 150,000 for a "catch and kill" on her story in the run-up to the 2016 election.

In February, Amazon founder Jeff Bezos accused of trying to blackmail him about lewd photographs

He said AMI wanted him to stop investigating how they had obtained his private messages.

Earlier this month the publisher announced it was looking for a buyer for the 93-year-old title.

The tabloid was originally founded as the New York Evening Enquirer back in 1926, when it was distributed as a broadsheet on a Sunday.

At its peak it had a weekly circulation of millions, but the internet had a huge impact on sales.

Last year was announced circulation had dropped to about 265,000 – 18% down in one financial year.