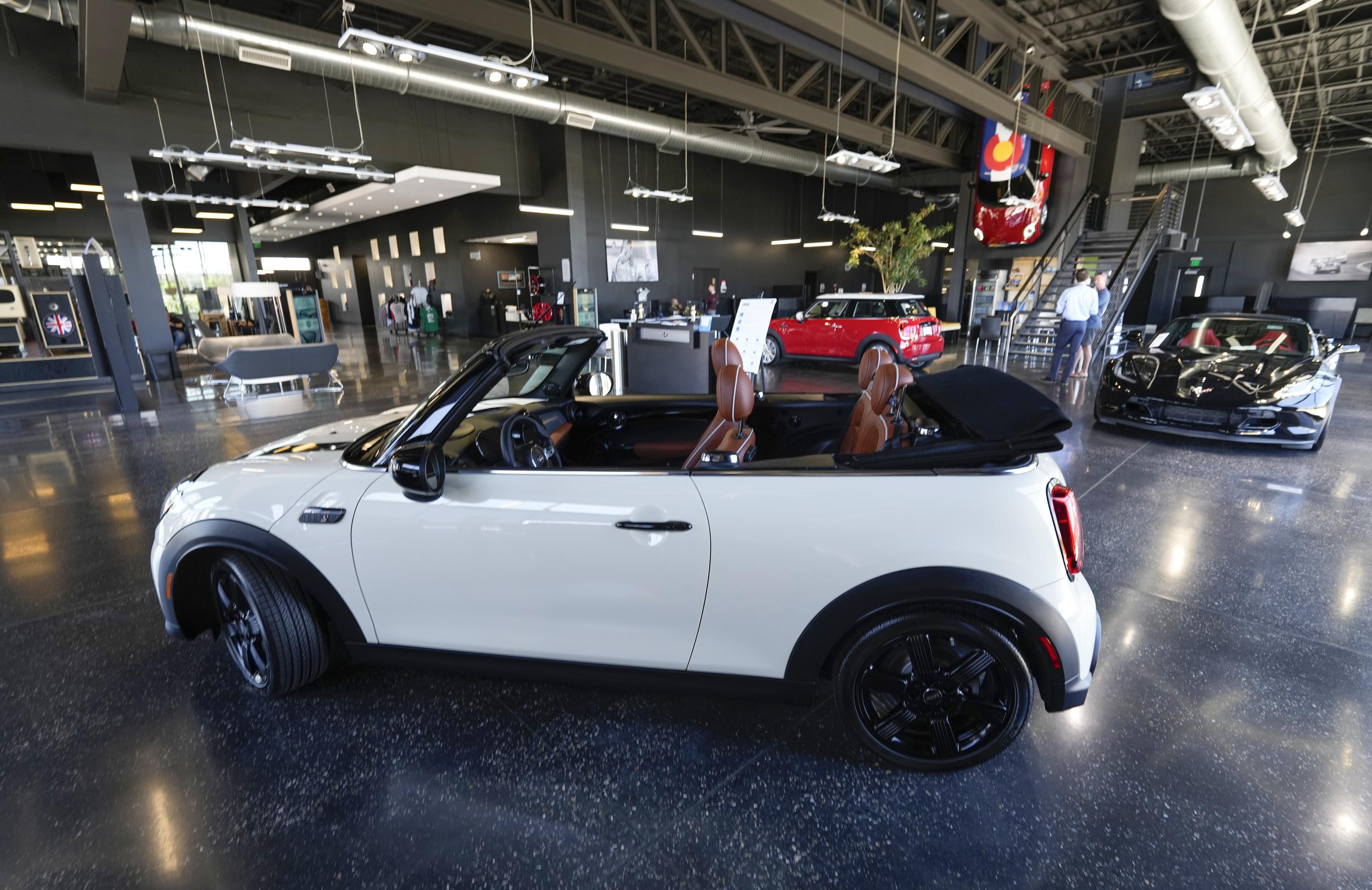 DETROIT (AP) – A tax credit of up to $7,500 could be used to cover the cost of an electric vehicle under the Inflation Reduction Act now headed for final approval in Congress.

But the car industry warns that the vast majority of purchases of electric cars will not qualify for such a large tax credit.

That’s largely because of the bill’s requirement that to qualify for the credit, an electric vehicle must contain a battery built in North America with minerals mined or recycled on the continent.

And these rules are getting stricter over time – to the point where within a few years it’s possible that no electric cars will qualify for the tax credit, says John Bozzella, CEO of the Alliance of Automotive Innovation, a major industry group. As of now, the alliance estimates that about 50 of the 72 electric, hydrogen or plug-in hybrid models sold in the United States would not meet the requirements.

“The $7,500 credit may exist on paper,” Bozzella said in a statement, “but no vehicle will qualify for this purchase in the next few years.”

The idea behind the requirement is to stimulate domestic manufacturing and mining, build a robust battery supply chain in North America and reduce the industry’s dependence on foreign supply chains that could be subject to disruption.

Production of lithium and other minerals used to produce EV batteries is now dominated by China. And the world’s leading producer of cobalt, another component of EV batteries, is the Democratic Republic of Congo.

Although electric vehicles are part of a global effort to reduce greenhouse gas emissions, they require metallic elements known as rare earths, found in places like Myanmar, where an Associated Press investigation has found that the push for green energy has led to environmental destruction.

Under the $740 billion economic package, which passed the Senate over the weekend and is nearing approval in the House, the tax credits will take effect next year. For an EV buyer to qualify for the full credit, 40% of the metals used in a vehicle’s battery must come from North America. By 2027, the required threshold will reach 80%.

If the metal requirement is not met, the automaker and its buyers will be eligible for half of the tax credit, $3,750.

A separate rule would require that half of the battery’s value must be manufactured or assembled in North America. If not, the rest of the tax credit will be lost. These requirements also become stricter each year, eventually reaching 100% in 2029. Yet another rule would require that the electric car itself be manufactured in North America, thus excluding from the tax credit all vehicles made abroad.

Automakers typically don’t disclose where their components come from or how much they cost. But it’s likely that some versions of Tesla’s Model Y SUV and Model 3 car, the Chevrolet Bolt car and SUV and the Ford Mustang Mach E will be eligible for at least part of the honor. All of these vehicles are assembled in North America.

There’s also a new $4,000 credit for buyers of used electric cars, a provision that could help households with modest incomes go electric.

The industry says the North American battery supply chain is too small right now to meet demands for battery components. It has proposed that the measure expand the list of countries whose battery materials would be eligible for the tax credit to nations that maintain defense agreements with the United States, including NATO members.

One component of the bill would require that after 2024, no vehicle would be eligible for the tax credit if the battery components came from China. Most vehicles now have some parts sourced in China, the alliance said.

Sen. Debbie Stabenow, a Democrat from Michigan and a leading ally of Detroit automakers, complained that Senator Joe Manchin of West Virginia, a critical Democratic voice, had opposed any tax credits for the purchase of electric cars.

“I went around and around with Senator Manchin, who frankly did not support any credit of any kind, so this is a compromise,” Stabenow told reporters Monday. “We’re going to work through it and make this as good as we can for our automakers.”

Manchin’s office declined to comment. He told reporters last week that he wants automakers to “get aggressive and make sure we mine in North America, we process in North America and we put a line on China. I don’t think we should build a mode of transport on the back of foreign supply chains. I’m not going to do that.”

Stabenow argued that the bill was written by people who don’t understand that manufacturers can’t just flip a switch and create a North American supply chain, even if they are working on it. Numerous automakers, including General Motors, Ford, Stellantis, Toyota and Hyundai-Kia, have announced plans to build EV battery plants in the United States.

Katie Sweeney, executive vice president of the National Mining Association, said industry leaders “like the demand that minerals for batteries be sourced close to home rather than from our geopolitical rivals.”

“Doing that,” she said, “directly supports high-paying jobs here in the United States … secures our supply chain and really improves our global competitiveness.”

Stabenow said she remains hopeful the Biden administration can offer the tax credits next year while it works out the detailed rules for the battery requirements.

“We will continue to work with the automakers and the administration to get as much common sense into the regulations as possible,” the senator said.

Messages were left Monday seeking comment from the White House and the Treasury Department, which would administer the credits.

Stabenow says she is happy that the measure will restore tax credits for General Motors, Tesla and Toyota, which all hit the ceiling under a previous bill and can no longer offer them. Ford, too, she said, is closing in on an EV cap.

AP writers Matthew Daly and Fatima Hussein contributed to this report from Washington.