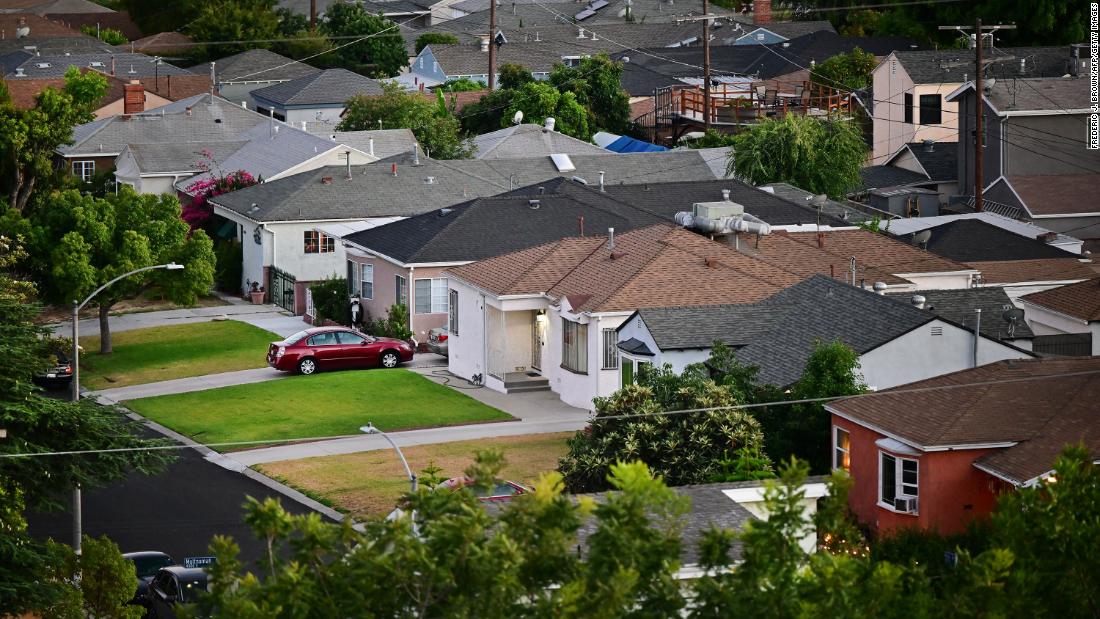 The 30-year fixed-rate mortgage averaged 5.30% in the week ended July 28, down from 5.54% the week before, according to Freddie Mac. It is still significantly higher than this time last year when it was 2.80%.

Interest rates rose sharply at the start of the year, peaking at 5.81% in mid-June. But since then, concerns about inflation and the possibility that the US economy could enter a recession have made them more volatile.

“It̵[ads1]7;s clear that over the past two years, the combination of the pandemic, record low mortgage rates and the ability to work remotely has spurred greater demand,” Khater said. “Now, as the market adjusts to a higher price environment, we see a period of deflated selling activity until the market normalizes.”

Mortgage rates fell as investors expected another rate hike of 75 basis points from the Federal Reserve at its meeting on Wednesday. It was the second hike of that size in as many months.

The Federal Reserve does not set the interest rate borrowers pay on mortgages directly. Instead, mortgage yields tend to follow 10-year US Treasuries, which fell last week ahead of the central bank’s meeting. But they are indirectly affected by the Fed’s efforts to tame inflation.

The Fed also said so on Wednesday it can moderate the pace of interest rate increases in the months ahead.

“The statement was welcomed by financial markets as a sign that the Fed expects inflation to slow more noticeably, requiring a less aggressive response,” said George Ratiu, Realtor.com head of economic research. “These moves are expected to keep upward pressure on borrowing costs, including mortgage rates, going forward.”

Consumers will feel the impact of the Fed’s hike over the next couple of months, Ratiu said, with credit card interest rates and rates for new auto loans rising in the next few billing cycles.

“Borrowers who have adjustable-rate mortgages — or those who expect to sign up for one soon — can expect to see an increase in interest rates,” he said.

The higher cost of financing a home is already having an impact. Buyers are finding homes even less affordable as inflation eats into their incomes and rising borrowing costs have reduced their purchasing power.

Today, a homeowner buying the same priced house with an average interest rate of 5.30% would pay $1,733 a month in principal and interest. That’s $451 more each month.

Demand among buyers is cooling

As a result of the high cost of buying a home, demand among buyers has slowed and many sellers are seeing their properties stay on the market longer.

“For those who are motivated to sell, price reductions are becoming a good strategy,” Ratiu said. “We can expect the rebalancing in housing markets to continue and gain momentum, especially as we look towards the fall and winter seasons.”

The Federal Reserve’s moves are designed to curb inflation by reducing demand.

While house prices have continued to climb to record highs in June, the number of sales is falling.

Mortgage applications are also falling, falling last week for the fourth week in a row, according to the Mortgage Bankers Association.

“Increased economic uncertainty and widespread affordability challenges are discouraging households from entering the market, leading to declining purchasing activity that is near its lowest level since the beginning of the pandemic,” said Joel Kan, MBA’s assistant vice president for economic and industry forecasting.