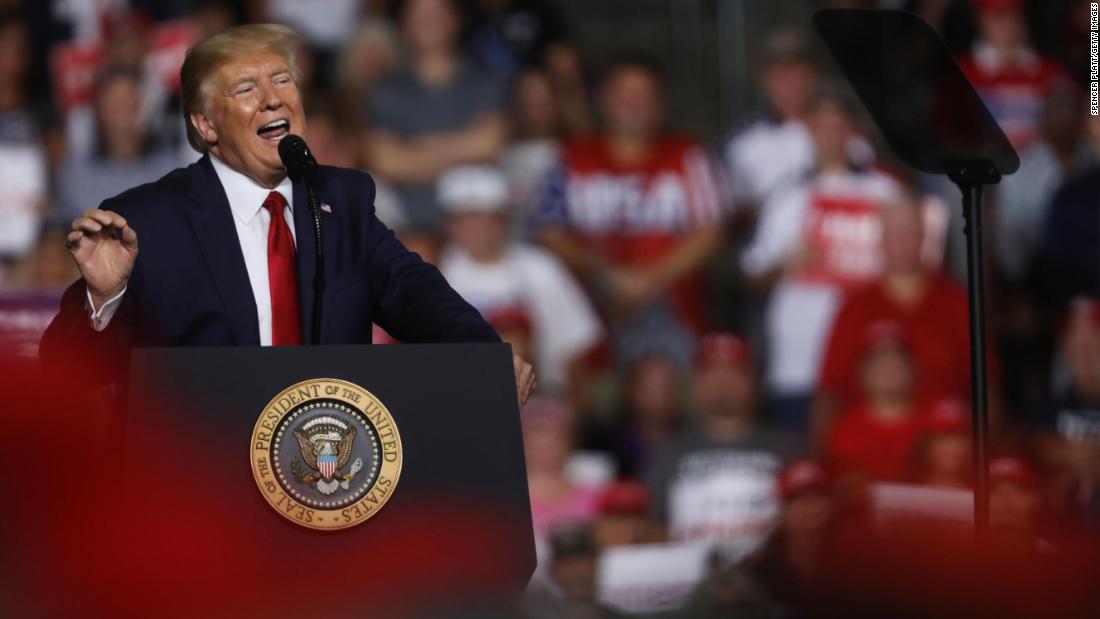 "Here's the story. I don't like you, you don't like me, you have no choice but to vote for me," he said.

Calling Democrats "crazy," he noted of successes in the economy. Rising wages, falling poverty, record low unemployment for African Americans and Latin Americans. A lot of this is true, some exaggeration. For example, it is impossible to verify his claims that the stock market would be 25% higher if the Federal Reserve had not raised interest rates. He said his deregulation and tax cuts took a "failed recovery" into an "unprecedented tide of prosperity."
prosperity? Yes. Outstanding? No. There were quarters in the Obama administration with stronger economic growth. And Trump's job creation so far in his administration is tracking the same time period at the end of the Obama years. Fact check aside, here are three takeaways for 2020 from the president's speech.

The obvious question is how to pay for it. The government is already spending so much more than it is taking; Any new tax cuts must be offset by cuts down elsewhere, or the government must borrow the money.

The President offered this creative solution. Make China pay for it. Tariffs he (incorrectly) claims China pays can be diverted to tax relief.

There are "huge amounts of billions left that we could spend, in fact we can use it for tax cuts," Trump said. "We could distribute it to people."

Remember that this is not how budgets work. But the thought is what matters here. Perhaps conscious of the criticism that his tax cuts in 2017 disproportionately helped companies and wealthy people, he makes a simple play for middle-class tax relief. His team has suggested the idea before. Top White House financial adviser Larry Kudlow on CNBC on Tuesday floated the idea of ​​tax cuts before Election Day. The Washington Post reports that Trump's advisers are looking into the possibility of a 15% middle class tax rate.

"We are the ones who decide if we want a deal," he said. "We are nearing a significant phase of a trade agreement with China. It may happen soon, but we will only accept if it is good for the United States." This is exactly where the negotiations have been for weeks now. The only thing that seems to change is the clock ticking down. A new $ 156 billion customs round in Chinese-made goods looms on December 15. The Chinese want the current tariff rates canceled. Trump seems willing to continue the race.

The President again cast the Federal Reserve and its Chairman Jerome Powell as the enemy of his recovery. He was jealous of stopped economies around the world where central banks have pushed interest rates into the emergency zone. "We are actively competing with nations that openly cut interest rates, so now many are actually being paid when they pay down the loan; known as negative interest rates," the president said. "Who ever heard of such a thing? Give me some of it. Give me some of the money, I want some of it. Our Federal Reserve won't let us do it."

It's a classic and common Trump contradiction. If the US economy is the largest in American history, as the president argues, why the need for negative prices? Negative rates have not spurred growth in Japan and Europe.

The president has called himself "the king of debt" and absolute negative rates are favorable for borrowers. But it would hurt American savers, who had to pay the bank to keep their money.

He called his election of Powell as chairman of the Fed "a mistake." Something Powell can address when he testifies before the Joint Economic Committee at 11am ET. You can expect more pressure on the Fed into the election year.