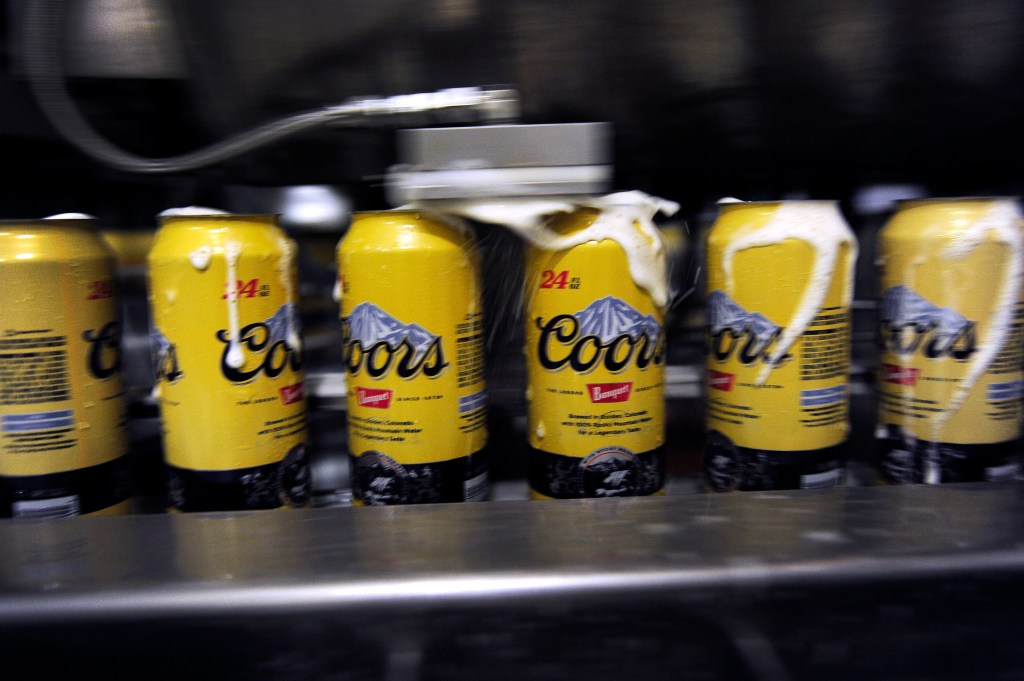 In a landmark moment in Colorado beer history, Molson Coors announced Wednesday that it will relocate its North American headquarters from Denver to Chicago and cut up to 500 jobs across international offices.

The beer giant today employs 2,300 people in Colorado, the Denver Business Journal reported Wednesday between the Denver office and the Golden Brewery, which will still be operational. In fact, the company will invest "several hundred million dollars to modernize the Golden Brewery," according to the release, to allow for "more flexible" capacity and better supply chain efficiency.

50 years, we have brewed good beer in Colorado, and we will continue to brew good beer in Colorado for hundreds of years to come," says CEO and President Gavin Hattersley in a press release. "This investment will modernize the brewery for providing greater flexibility, enabling us to move in line and deliver new products to meet changing consumer preferences. "

Closing the Denver office and moving headquarters to Chicago will save Molson Coors around $ 150 million, leaving the brand with only two divisions in North America and Europe, according to the release, previously Molson Coors operated four divisions in the US, Canada, Europe and internationally.

From January the company will also change its name from Molson Coors Brewing Co. to Molson Coors Beverage Company This signals a transition to other non-beer products.

"Our business is at an inflection point. We can continue on the path we have gone in e years now, or we can make significant and difficult changes needed to get back on track, "Hattersley said in the release.

The announcement followed news that the company's net sales revenue had decreased by 3.2% in the third quarter.

Coors was started in Golden in 1873 by German immigrants Adolph Coors and Jacob Schueler. It was originally called the Golden Brewery. The press release did not have