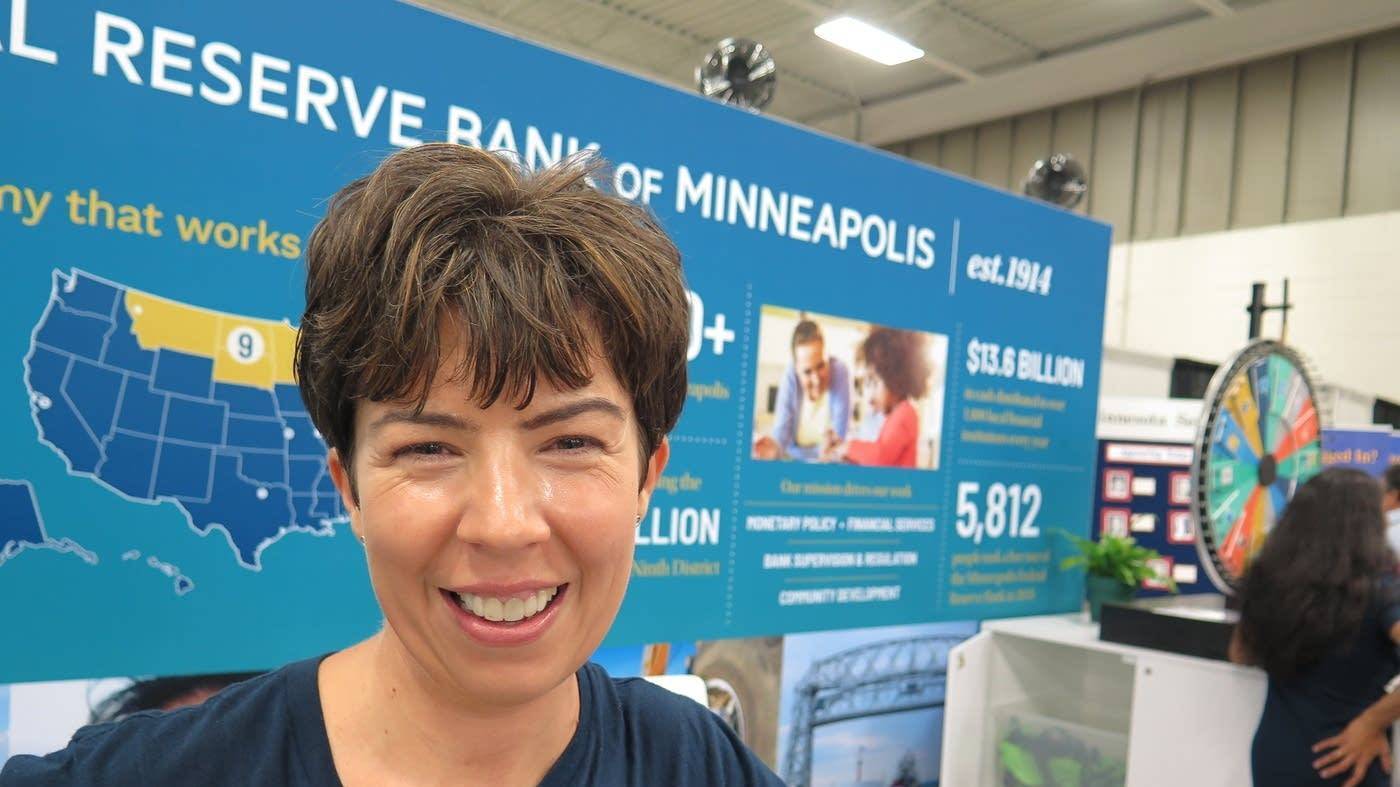 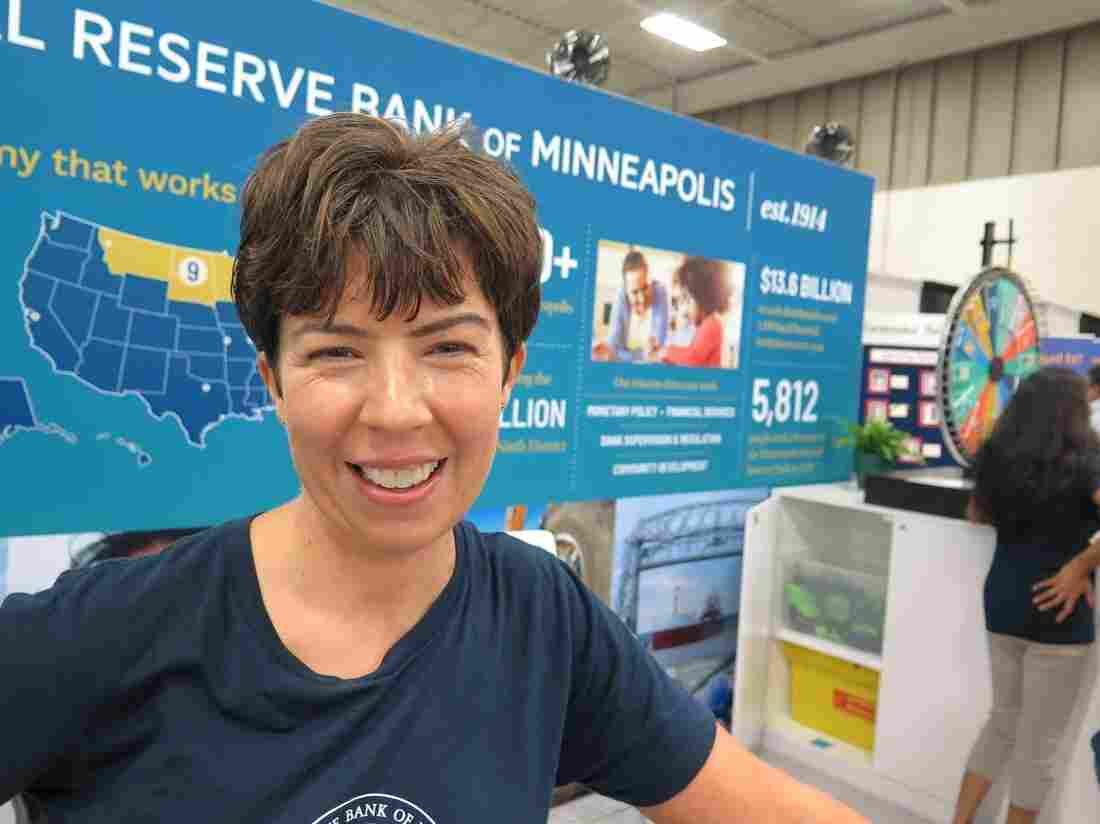 Karmi Mattson, director of public programs at the Minneapolis Federal Reserve, says that she and her colleagues are at the state fair to teach the Minnesotans about what the Fed is doing.

Karmi Mattson, Minneapolis Federal Reserve Bank's director of public programs, says that she and her colleagues are at the state fair to teach the Minnesotans about what the Fed is doing.

In addition to the big party, the "oink fair," the haunted house and the meat-on-a-stick, the Minnesota State Fair has a new attraction this year.

Tucked away in the education building at the trade fair area near St Paul is an exhibition with something everyone will love – free dough.

"How often do you get free money? Real US currency," shouted Karmi Mattson, who manages public programs for the Minneapolis Federal Reserve Bank, which set up the first booth at the fair.

Sounds too good to be true? Yup.

It is not consumable cash that the Fed gives away. There are shredded, worn out money that the bank has taken out of circulation.

At the fair, which attracted more than 2 million visitors last year, the Minneapolis Fed is helping to introduce the bank to thousands of Minnesotans at a time many people are concerned about economy.

"We know that a lot of people out there don't understand the mission of the Fed and all of our many activities. So we're just listening to some awareness," Mattson said.

Fed officials get questions like, "Is this a good time to refinance my house now?"

Visitors to the booth are told that the Federal Reserve System – of which the Minneapolis Fed is only a part – sets interest rates, manages the currency, including the destruction of worn bills, and oversees banks.

One visitor, Peter Andersen, 80, of St. Paul, learned that the Federal Reserve System is divided into twice as many districts as the six he believed existed. [19659008CompetitiontoPresidentTrumpsimilartoFedChairmanJayPowell to an Enemy Andersen has a favorable view of the central bank and its mission.

"They monitor money, and they monitor interest rates, and keep an eye on the economy and make sure inflation is not exaggerated," Andersen said. "I think they're doing a good job and they need to stay separate. In my opinion, the president should have no influence on the Fed."

In addition to getting a free bag of fine-tuned currency, visitors to the Fed booth can spin a big trivial wheel for a chance to win a Fed fanny -package.

Maggie Catambay, 79, landed on a question about the average daily value of electronic transfers the Fed handles for banks. The wheel offered three alternatives: $ 1.3 billion, $ 10.3 billion and $ 103 billion.

Catambay went with the greatest number, the correct answer.

She also said she has no beef with the Fed. She believes Trump's attack on the central bank not to lower interest rates anymore is for personal reasons.

She said it is a good idea for the bank in Minneapolis to raise its profile with a fair fair.

"You can never have enough information," she said.

Mattson said Catambay and Andersen are typical of visitors. She said she and colleagues don't get any pushback from the fairgoers.

"We look quite the opposite. A lot of support," Mattson said. "People thank us for what we do and thank us for being here."