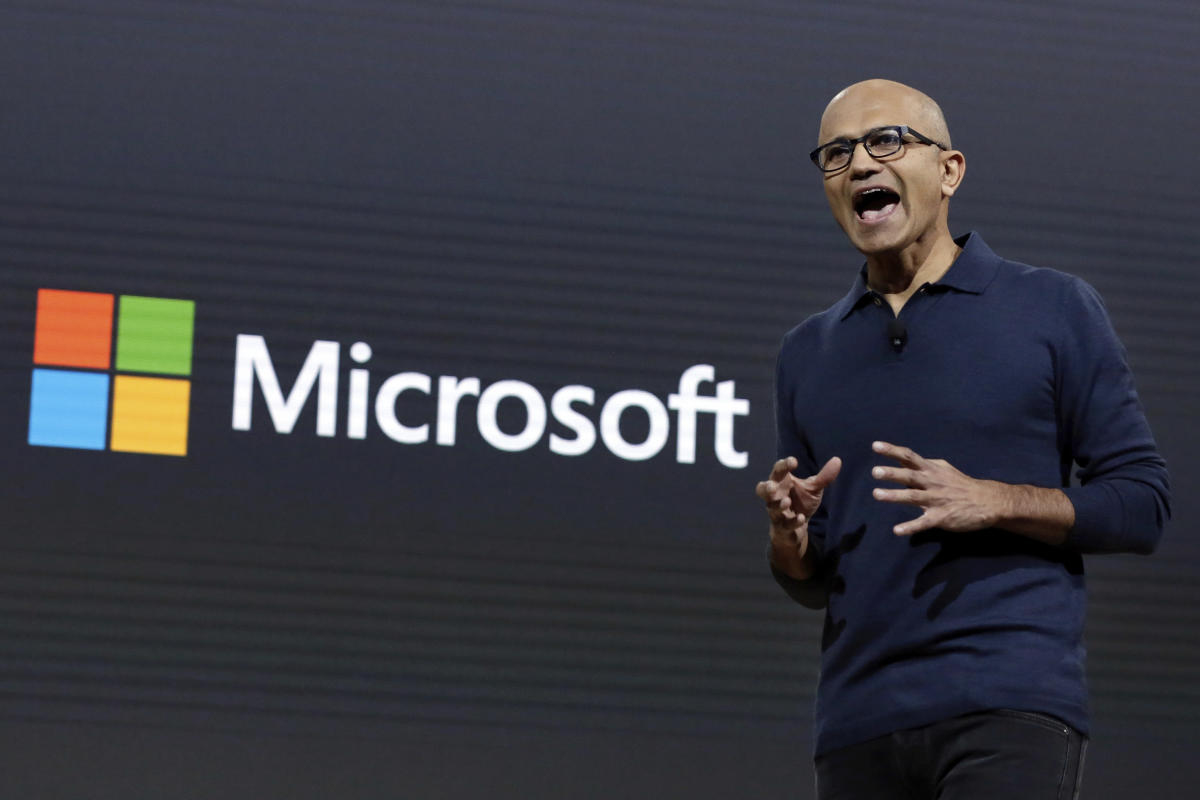 Microsoft ( MSFT ) will report its fiscal Q1 earnings after the closing bell on Tuesday, giving investors and analysts a look at whether the company’s high-flying cloud computing business can offset an expected drop in PC sales.

Here’s what analysts expect from the tech giant for the quarter compared to how it performed in the same period last year.

Microsoft’s Intelligent Cloud business, which includes the Azure cloud computing platform, has been one of the cornerstones of the company’s growth in recent years. In Q4, Microsoft’s cloud division accounted for $20.9 billion of the company’s $51.9 billion in total revenue. According to Synergy Research Group, Microsoft controlled 21% of the cloud market in Q2. Amazon had 34% of the market, while Google had 10%.

But sales have slowed from their pandemic-driven highs as revenue in the segment rose as much as 31% year-over-year in fiscal year 1 2022. Microsoft reported 26% growth in its Intelligent Cloud division in both Q2 and Q3, and 20% growth in the 4th quarter.

“Given the macro backdrop for global business and cloud spending, the Street will be closely watching this report and guidance to determine whether demand in Redmond has remained healthy for cloud spending given the gloomier backdrop surrounding the Microsoft story,” Wedbush analyst Dan Ives wrote in a investor note ahead of Microsoft’s earnings.

While Microsoft’s cloud business has remained healthy, the broader PC market has fallen dramatically compared to the explosive growth it saw during the pandemic.

“This quarter’s results may mark a historic decline for the PC market,” Gartner analyst Mikako Kitagawa wrote in a press release. “While supply chain disruptions have finally subsided, high inventory has now become a major issue given weak PC demand in both the consumer and enterprise markets.”

Microsoft is not the only company feeling the impact of the decline in PC sales. Shares of Intel ( INTC ), AMD ( AMD ) and Nvidia ( NVDA ), which make chips used in PCs, fell this year. Intel has collapsed 46% so far this year, while AMD and Nvidia are down 57% and 54% respectively.

The holiday season is generally a bright spot for PC manufacturers as consumers buy laptops and desktops for family members and themselves. However, whether it will last this year remains to be seen.

Click here for the latest business news, reviews and useful articles on technology and gadgets