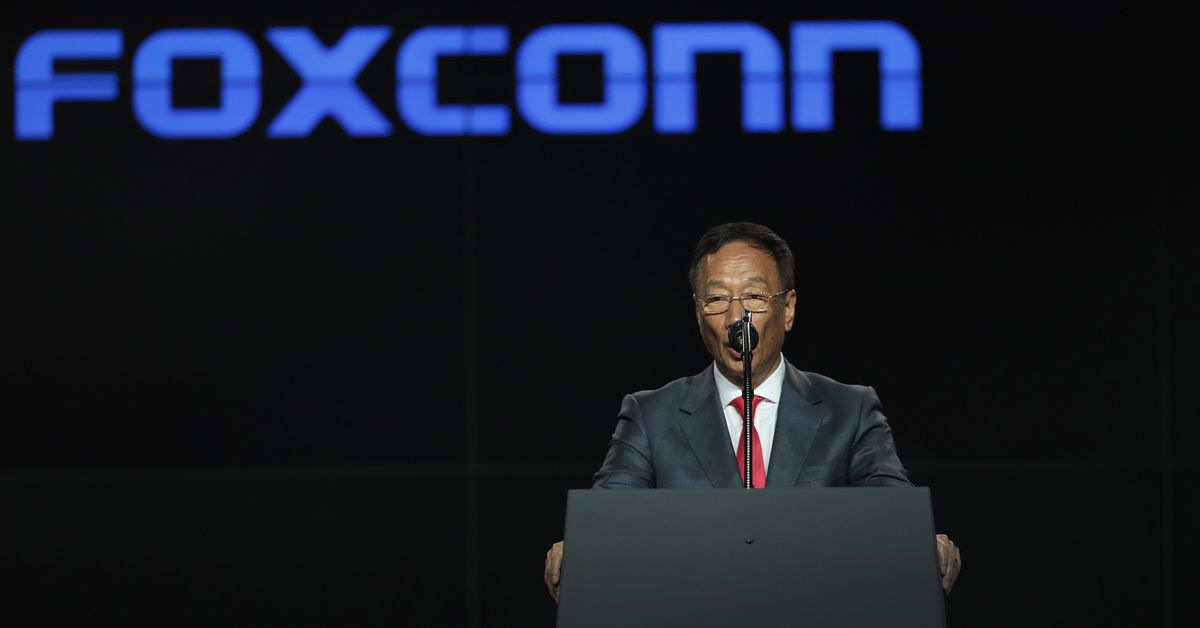 Microsoft sued Foxconn's parent company Friday not to respect a 2013 patent license agreement. Foxconn, known as one of Apple's suppliers, was going to make money for Microsoft, but Microsoft claims it did not pay on time and still owes money. plus interest.

The costume is aimed at FIH Mobile, a subsidiary of Foxconn Parents Hon Hai, who makes phones for Xiaomi, Huawei and other companies. It claims that Hon Hai has "continually failed" to respect obligations such as submitting royalty reports and collaborating with independently conducted audits. The lawsuit requires that Hon Hai sends notice reports, adheres to the audit, and leaves overdue royalty payments.

Foxcon's leader Terry Gou responded to the lawsuit with anger today and called it "unfair", as reported by Bloomberg . At an impromptu press conference in Taiwan, Gou described Microsoft as outdated and launched Windows phones as "no one wanted." At one point, he forgot the name of Microsoft's operating system before rejecting it as one behind MacOS and Android. He continued: "Microsoft falls behind the smartphone time against the Android boom, so now it adopts such a bad strategy. I really sympathize with them."

Gou accused Microsoft of using the suit to steal Android software fees. He painted Foxconn as a simple target for Microsoft to pursue, saying: "[Microsoft] was too scared to sue Google for Android royalties, so instead it goes for vendors … This should be a battle between Google and Microsoft. " He also referred to the 15-hour time difference between California and Taiwan: "Why did you wait until we all got to work to sue us?"

Back in 2013, Microsoft licensed Android-related patents to companies such as Foxconn's Hon Hai and Taiwanese data company Acer. Microsoft receives royalties from most Android smartphone makers, and it's a profitable business. Sometimes the conditions are final in disputes, but in 2014, when Microsoft took Samsung to court to attempt to enforce its Android royalty contract. They settled in 2015 and kept the terms of the agreement confidential.

Frederick Herold, a lawyer for Microsoft, did not immediately respond to a request for comment. Microsoft did not respond to comment. In a statement to several media, it said on Saturday:

Microsoft takes its own contractual obligations seriously, and we expect other companies to do the same. This legal act is simply to exercise the reporting and auditing terms of a contract we signed in 2013 with Hon Hai. Our cooperation with Hon Hai is important, and we work to resolve our disagreement.