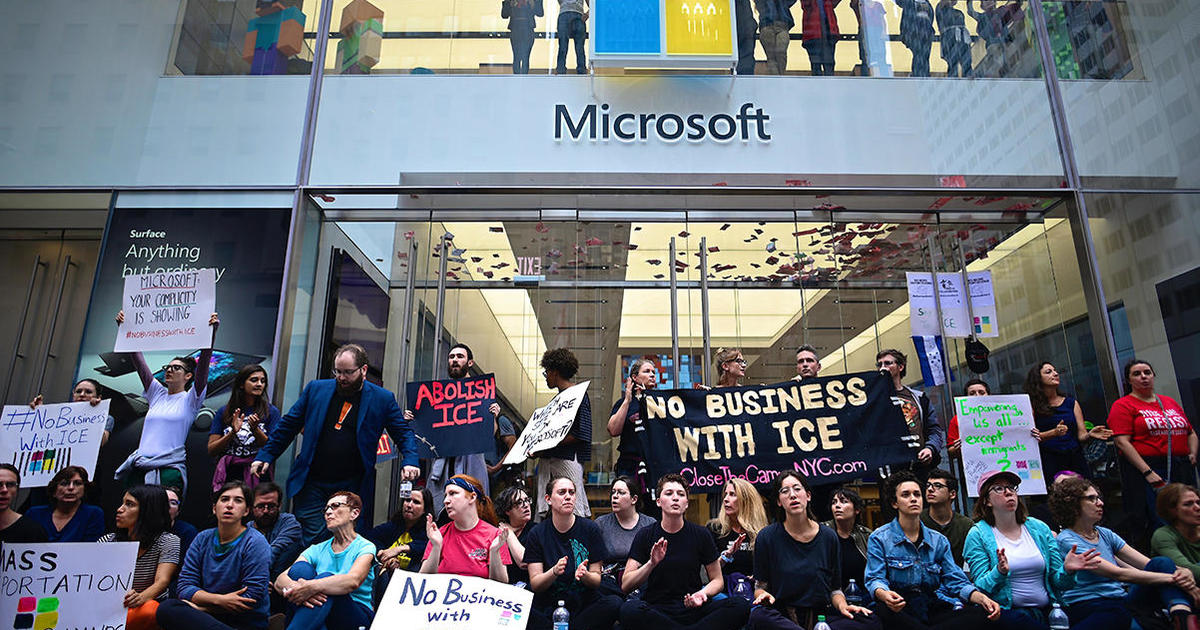 Dozens of protesters were arrested during a seat in a Microsoft store in New York on Saturday. The protest was organized by Close The Camps NYC in response to Microsoft doing business with Immigration and Customs Enforcement.

The event started with a march from the main branch of the New York Public Library to the Microsoft store on Fifth Avenue, located just blocks from Trump Tower.

A Microsoft spokesperson said all of their customers and employees were safe. "We are grateful to the NYPD for their assistance with protesters in our shop on 5th Avenue. We have closed the store for the rest of the day and look forward to opening our doors soon," they said.

Police say they arrested 76 people Saturday who blocked traffic near the Fifth Avenue store in Manhattan.

The protest comes amid growing criticism from companies working with ICE. Some of Microsoft's own employees last year demanded that they terminate the data processing contract with ICE.