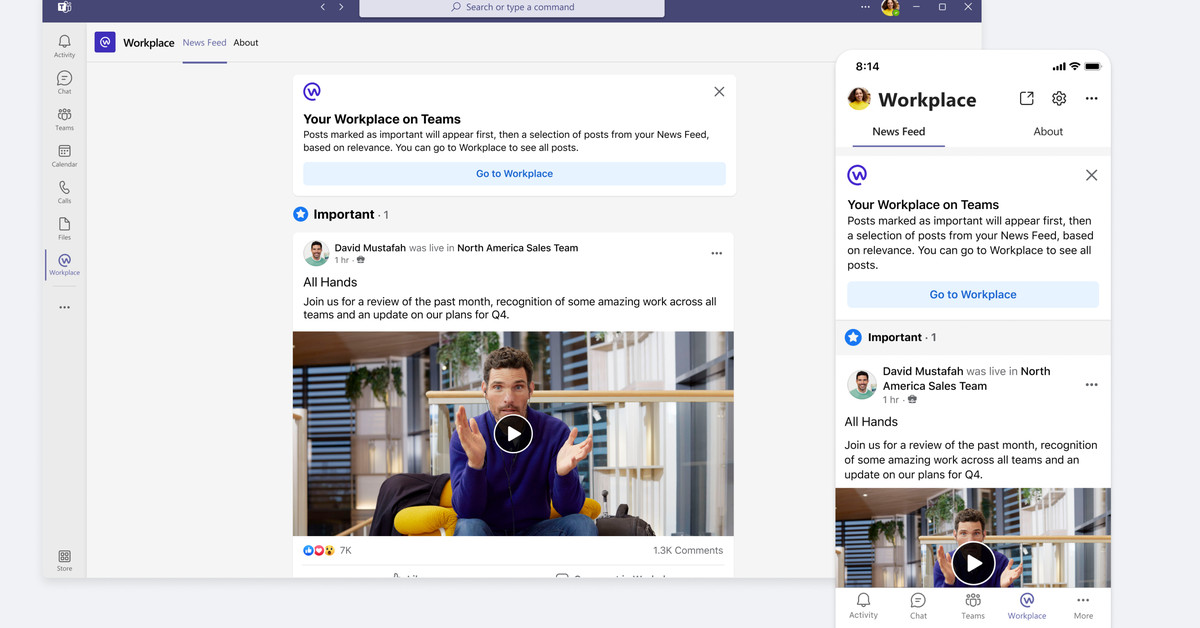 The Microsoft Teams integration in Workplace will also allow employees who use Teams or Workplace to view, comment on and respond to meetings in real time without having to switch between apps.

Microsoft also integrates Workplace into Teams, which will allow Teams users to access Workplace content through an app in Teams. The app will be attached to the Teams navigation bar and will include a website with Workplace content. Microsoft Teams administrators will also be able to mark content as important for displaying it in the Workplace app.

“One thing I’m learned … there’s not going to be a single communication tool on the planet,” said Jeff Teper, head of Microsoft 365 collaboration. “People are going to choose a range of tools, so I think it’s up to us as responsible suppliers to make sure they can integrate and collaborate.”

This Workplace by Meta and Microsoft Teams integration is the latest in a broader partnership between the two companies. Workplace can already be integrated into SharePoint, OneDrive, and Microsoft’s Office 365 suite. Meta has also integrated Workplace into Microsoft’s Azure Active Directory, and it quickly became one of the top 10 apps for the service.

Microsoft Teams will also be coming to the Meta Portal device (Facebook Portal) in December, so people can use video calls in Teams. This latest Teams and Workplace integration goes live today, with companies sharing Content with Teams. Live streaming of Teams meetings to Workplace will be available in early 2022.

Microsoft and Meta are also setting the stage for competing for the company’s metaverse in the years to come. Both companies unveiled similar visions for virtual spaces and meetings recently, but given these continued partnerships, we can well see the couple collaborating even more on virtual reality and metaverse efforts in the future.