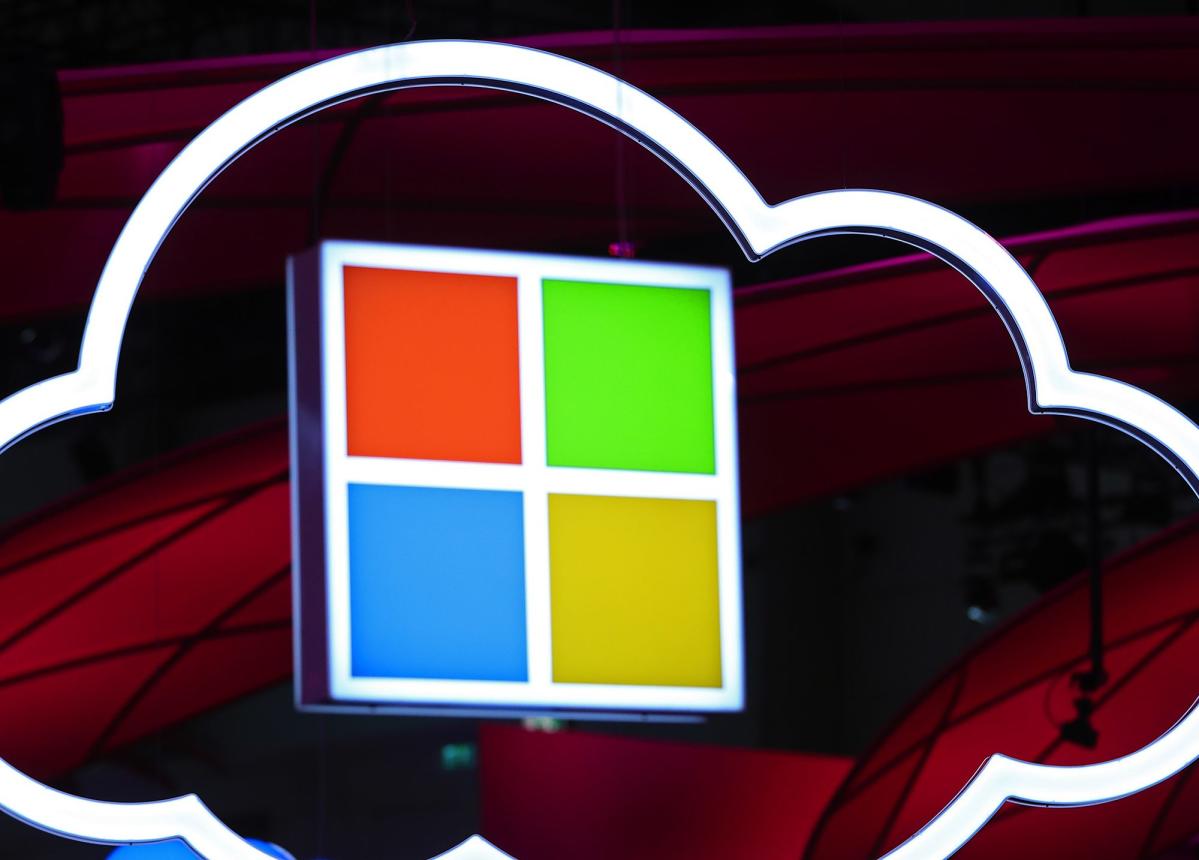 (Bloomberg) — Microsoft Corp . said revenue growth in its Azure cloud computing business would slow in the current period and warned of a further decline in enterprise software sales, fueling concerns of a sharper decline in demand for the products that have powered the company’s software. speed in recent years.

Shares erased earlier gains in late trading after CFO Amy Hood said Azure sales in the current period will decline by 4 or 5 points from the end of the fiscal second quarter, when gains were in the mid-30s. That business had marked a bright spot in a poor earnings report for Microsoft, whose other divisions were held back by a decline in sales related to personal computer software and video games.

Shareholders had earlier sent the stock up more than 4%, encouraged by signs of resilience in Microsoft̵[ads1]7;s cloud business even in a weaker overall market for software and other technology products. The company’s downbeat forecast brought the focus back to the software giant’s challenges as business customers hit the brakes on spending. Revenue growth of 2% in the second quarter was the slowest in six years, and Microsoft said last week it is laying off 10,000 workers.

Earlier Tuesday, the company said adjusted earnings for the period ended Dec. 31 were $2.32 per share, while sales rose to $52.7 billion. That compared with average analysts’ estimates of $2.30 a share in earnings and $52.9 billion in revenue, according to a Bloomberg survey. Excluding currency effects, Azure revenue rose 38% for the full quarter, which was slightly higher than analysts’ forecasts.

Microsoft said it recorded a charge of $1.2 billion, or 12 cents per share, in the latest quarter, with $800 million of that related to the layoffs, which will affect less than 5% of the workforce. The Redmond, Washington-based company said last week that the fee would include severance, “changes to our hardware portfolio” and the cost of consolidating property leases.

After years of double-digit revenue gains driven by Microsoft’s accelerating cloud business, and robust growth in technology spending during the Covid-19 pandemic, CEO Satya Nadella acknowledged that the industry is going through a period of slowdown and will need to adjust.

“During the pandemic, there was rapid acceleration. I think we’re going to go through a phase today where there’s some normalization in demand,” Nadella said in an interview at the World Economic Forum in Davos, Switzerland, earlier this month. “We have to do more with less – we have to show our own productivity gains with our own technology.”

Azure has been Microsoft’s most watched business for years, leading to a resurgence in revenue since Nadella took the helm in 2014 and steered the company around the burgeoning cloud computing market, where it competes with Amazon.com Inc., Alphabet Inc. Google and others. Now Microsoft is turning to artificial intelligence applications to increase demand for Azure. Revenue from the Azure Machine Learning service has more than doubled for five consecutive quarters, Nadella said.

Even as Microsoft looks to cut spending on personnel and real estate, the company will continue to invest in long-term opportunities, Hood said in an interview. As part of its focus on artificial intelligence, Microsoft said Monday it will increase its stake in OpenAI, with a person familiar with the matter saying the new investment will amount to $10 billion over several years.

“We fundamentally believe that the next big platform wave is going to be AI,” Nadella said on Tuesday. “And we also strongly believe that a lot of the enterprise value is created by just being able to catch those waves and then have those waves affect every part of our technology stack and also create new solutions and new opportunities.” He said it’s too early to begin quantifying what that will mean for Azure demand.

That spending is “dictated both by short-term and long-term cloud demand,” Hood said. “Given that we continue to see such strong demand for cloud, you will continue to see us spend on capital.” On the call with analysts, she predicted that investment spending will increase in the third quarter.

(Updates to add details on AI business in ninth paragraph.)