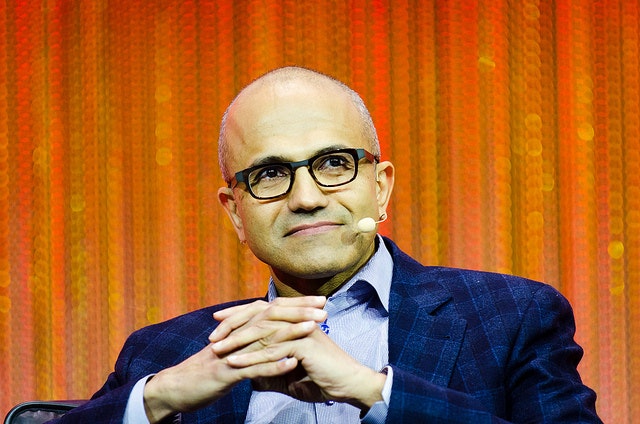 An internal e-mail chain at Microsoft describing women's allegations of sexual harassment and discrimination at work, first reported by Quartz on Thursday, has continued to grow and rapid responses from senior leadership, according to more than 90 pages of emails reviewed by KUOW.

Three additional Microsoft sources confirmed the authenticity of the emails.

In one of the emails, a woman said her male colleagues called her a "pee" to her face. (Others said they witnessed and experienced the same.) Another said she was asked to sit on a man's lap – in front of human resources. A third woman described "mom penalties" as a reason not to be able to develop at Microsoft.

8 women's groups in the company: She was frustrated feeling she couldn't move on in Microsoft while looking at peers in the "boy's club" progress.

"This frustration has been going on for at least three or more years now," she wrote.

The women's email was met first with encouragement and offer of support for career development and ideas on how to better track data on hiring and maintaining female employees.

Several replies came to flood. A woman said she felt she had to be an "unpleasant person" to get the credit for her work, "or be a nice person and treated like a" diversity hire. ""

"We all have stories that our work is discounted," another woman wrote. "We're all worried we'll be kicked if we're talking." Others wrote that they changed their behavior to be treated fairly by the "boy's club".

Then, several disturbing stories began to separate from the thread. "I have recently been fortunate enough to change roles, but the men in my last group thought nothing about calling me a pee in my face," wrote a woman. "To my knowledge nothing was done to solve this." Others said they witnessed or experienced the same.

A woman wrote that she was asked to sit on a male colleague twice in a meeting – in front of HR and other leaders. "I only protested and said Microsoft policy," she wrote. "The person said he didn't have to listen and repeat the request once."

Another woman said she was sexually harassed during a work trip where a man threatened to kill her if she did not give him sexual favors; She said she reported to the management, but was told "it sounded like he was just flirting."

At one time, even Satya Nadella, CEO, was copied on the thread.

On Friday nine days after the email thread started, Kathleen Hogan of human resources responded to the thread and said she had discussed the emails with senior leadership.

"We are appalled and sad to hear about these experiences," she wrote. "It is very painful to hear these stories and to know that someone is facing such behavior at Microsoft. We must do better." Hogan said she would set up sessions this week on April 22 to hear feedback and encourage people to to reach out to her directly.

After Hogan replied, several women said that stories of their careers at Microsoft were put on hold or recouped because of having children or caring for sick parents. "Mom punishment", a woman called it. Some also highlighted the positive experiences they had with male leaders who wanted to improve how they managed female subordinates.

A woman told about a male Microsoft employee grilling to other workers that he would stay in her room during a trip; She told another story about a senior consultant who passed a Spanx store and told her that if she wanted to "try some Spanx, I would tell you if they look good."

Another woman said she was sexually harassed by two different men, but was told by the Seattle HR manager: "Well, what are you going to do differently now, so this doesn't happen again?" and "I mean, I think you just have to think about going to a post-hearing / social event in the future."

Under CEO Satya Nadella's monthly question and answer session with employees on Thursday, women raised concerns from thread. "He said it was top priority on the agenda," says a Microsoft employee KUOW.

While Nadella answered Q + A questions, the backbone of the email thread occurred on the company's Yammer, an internal social media feed.

A woman wrote that Asian and white men experienced "systemic discrimination" at Microsoft because of a 2016 policy to link executive bonuses to diversity goals.

"We have a standing policy to give more money to leaders if they have fewer white and Asian men in their org," she wrote. Some pushed back, although some men came to the commentator's defense.

In an email to all employees, Frank X. Shaw, Microsoft's Communications Director, e-mail address recognized the chain and Yammer thread, and urged the employees to look at Q + A. He wrote:

"In the discussion, Satya and Kathleen deal with issues that were discovered in the email, including better transparency in data, training and awareness for managers and employees, the process, speed and transparency when filing complaints, and a part-time pay survey. "

In Thursday afternoon, several emails were added to the original thread. A Jewish woman wrote that she was sexually harassed by men she was working with, and after rejecting one who did the passport, he told her he could see her as a "witch burned in the Holocaust."

In 2015, a cyber security expert and former Microsoft employee were brought a gender discrimination lawsuit against Microsoft. It was later joined by two women, but they were denied class action status in 2018. The plaintiffs have appealed to Ninth Circuit.

What do you think?

We would love to hear your thoughts.