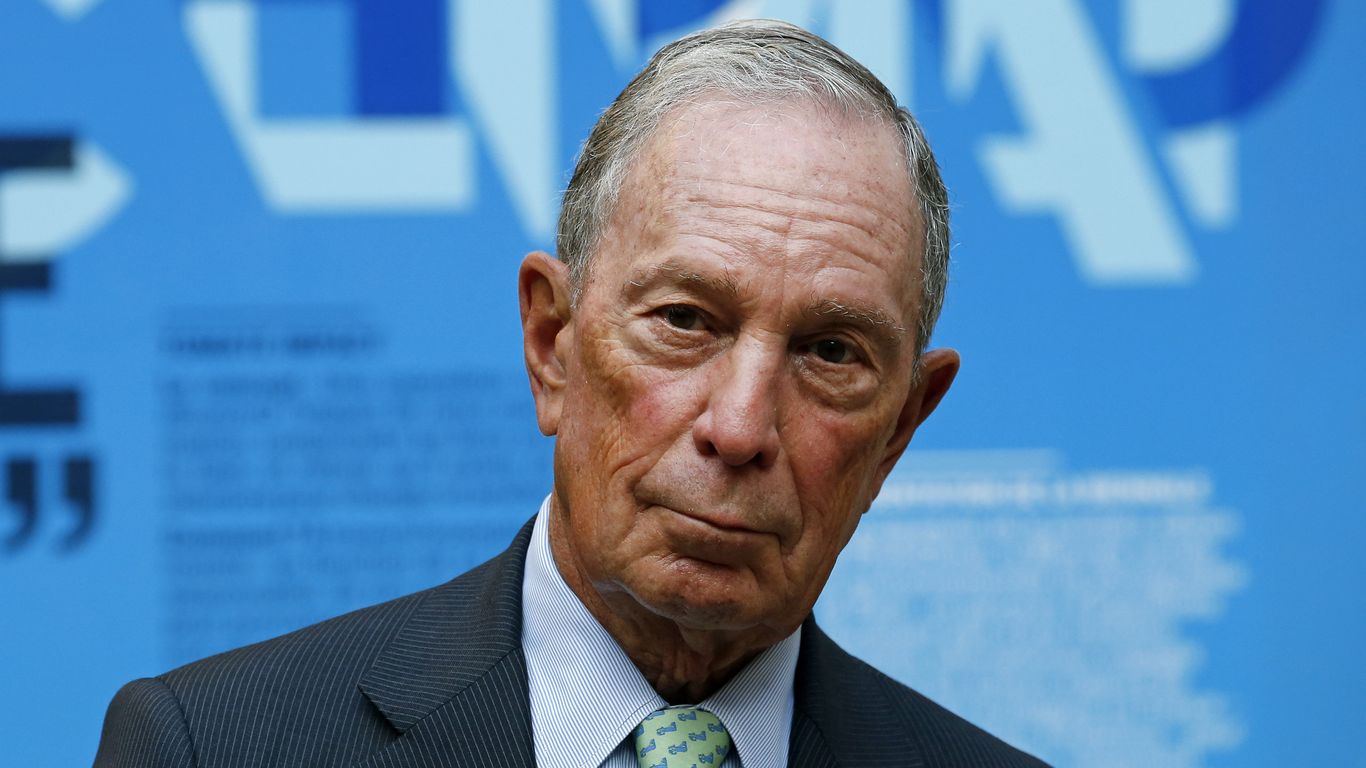 Michael Bloomberg, the billionaire businessman and media mogul, is interested in buying either Wall Street Journal parent Dow Jones or the Washington Post, a source familiar with his thinking told Axios.

Why it’s important: Bloomberg wants to expand his media empire and sees Dow Jones as his ideal fit, but he would buy the Post if Jeff Bezos was interested in selling, the source said.

Details: Bloomberg, the source notes, would be interested in a potential acquisition of both properties, but Dow Jones — the publisher of financial titles such as the Wall Street Journal, Barron’s and MarketWatch — would be a stronger target.

A Dow Jones deal would give Bloomberg access to a premium business title that could be leveraged to sell more subscriptions to Bloomberg Terminal, a real-time data, news and analytics platform for financial professionals.

Between the lines: The post, while a smaller fit, could help bolster Bloomberg’s federal government coverage, which includes Bloomberg Law and Bloomberg Government.

The big picture: Bloomberg has a history of buying up professional news companies and folding them into its media strategy.

Editor’s note: This story has been corrected to say Bloomberg LP bought BNA in 2011, not 2021.