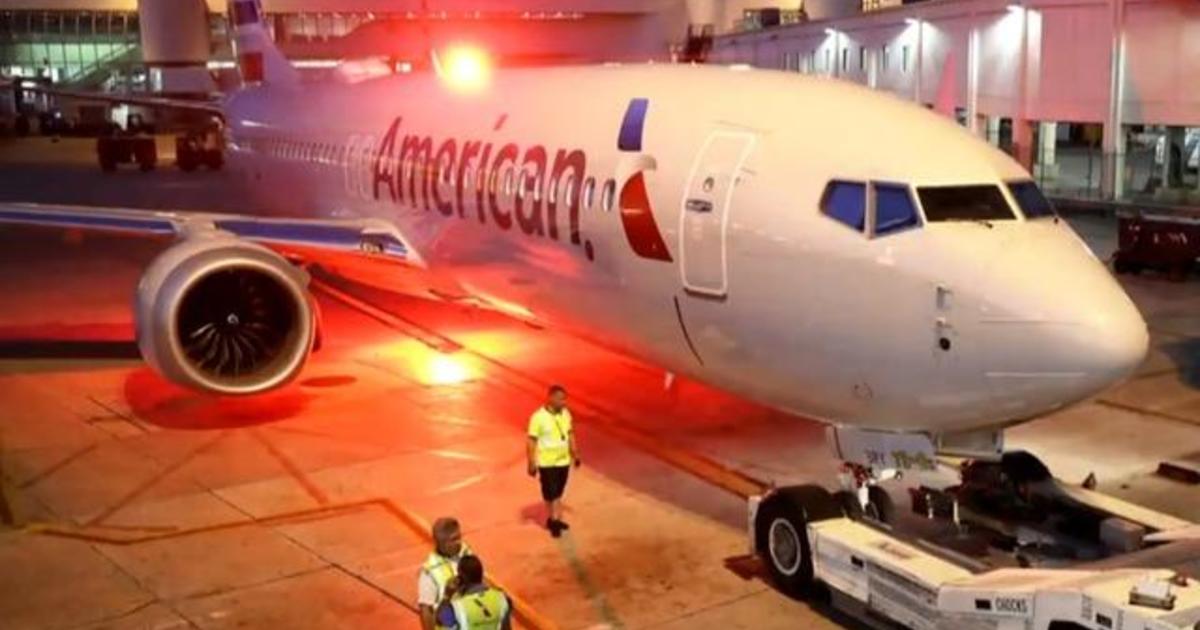 A man at Miami International Airport was taken into custody early Monday morning after trying to force himself into a plane. A ticket passenger was running on the jet bridge and passing the gate agent during the boarding process for Flight 1060 from Miami to Newark, American Airlines told CBS Miami.

Another passenger who was getting ready to board took video of the man taken into custody in the terminal after he was removed from the plane and posted it to his Twitter account.

"This guy ran on the plane and he started shouting that it was his plane and that he was from the FBI," Ari Teman told CBS Miami. "And everyone started to get up and watch, and they blocked the aisle, and then they asked for security, and he was pulled off the plane."

The man was remanded in custody under the Baker Act, a law that allowed someone to be involuntarily arrested until 72 hours on mental health care if they meet certain criteria. The man was taken to Jackson Memorial Hospital for a medical evaluation.

Everyone was taken off the run after his arrest. The aircraft underwent a safety swivel before passengers were allowed to board again.

The plane left at 10:17, approximately three and a half hours later scheduled.