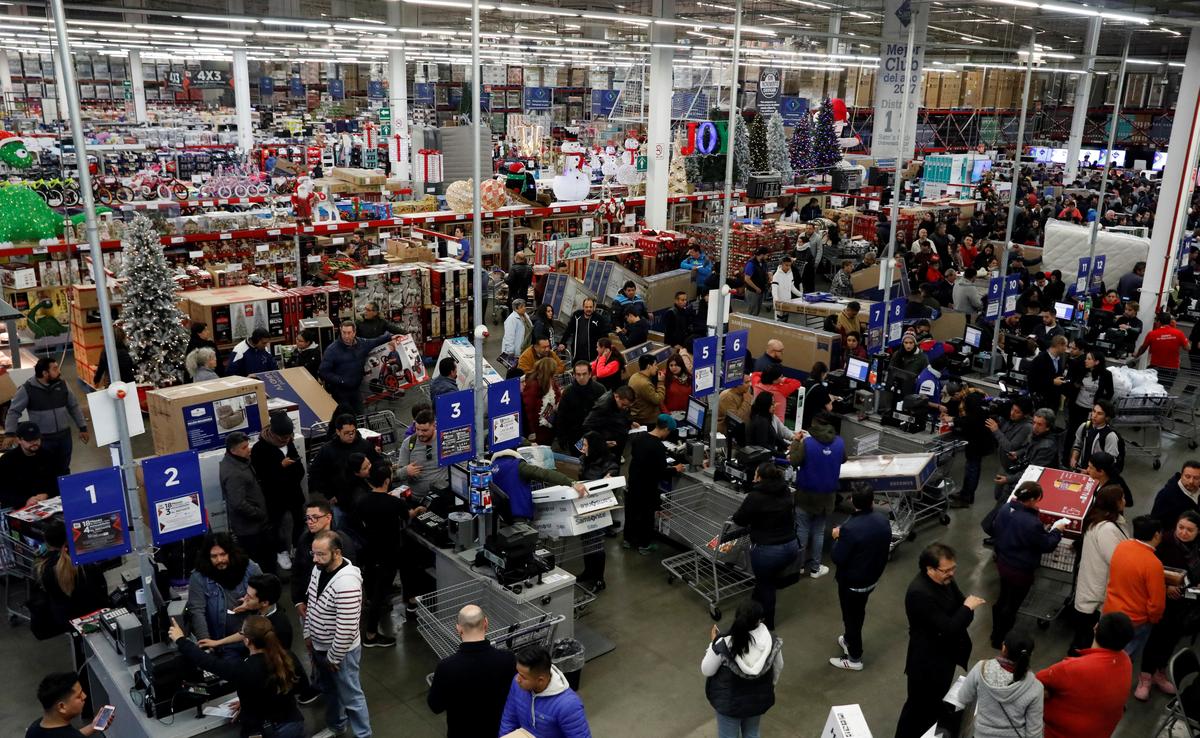 FILE PHOTO: Buyers are waiting to pay for purchases during the shopping season, & # 39; El Buen Fin & # 39; (The Good Weekend), at a Sam's Club store, in the early hours of Friday, in Mexico City, Mexico, November 1

MEXICO CITY (Reuters) – More Some of Mexico's largest banks reported on Saturday that they were having trouble processing debit and credit card payments while some stores in the capital informed customers that they would only accept cash payments.

Banorte, HSBC and Santander all said on their Twitter accounts that the problem was with the company that processed card payments and that they were working to find a solution.

Reuters witnesses in Mexico City said they were denied their cards at various stores and saw others who had set up signs to inform customers that their payment systems were down. Twitter users outside the capital reported the same issues.

It was not immediately clear whether cards other than those issued by Banorte, HSBC and Santander were also affected. The Mexican Ministry of Finance did not immediately respond to a request for comment.

The failure comes as the administration of President Andres Manuel Lopez Obrador promotes the use of cards instead of cash in an effort to crack down on illegal cash and increase financial inclusion.