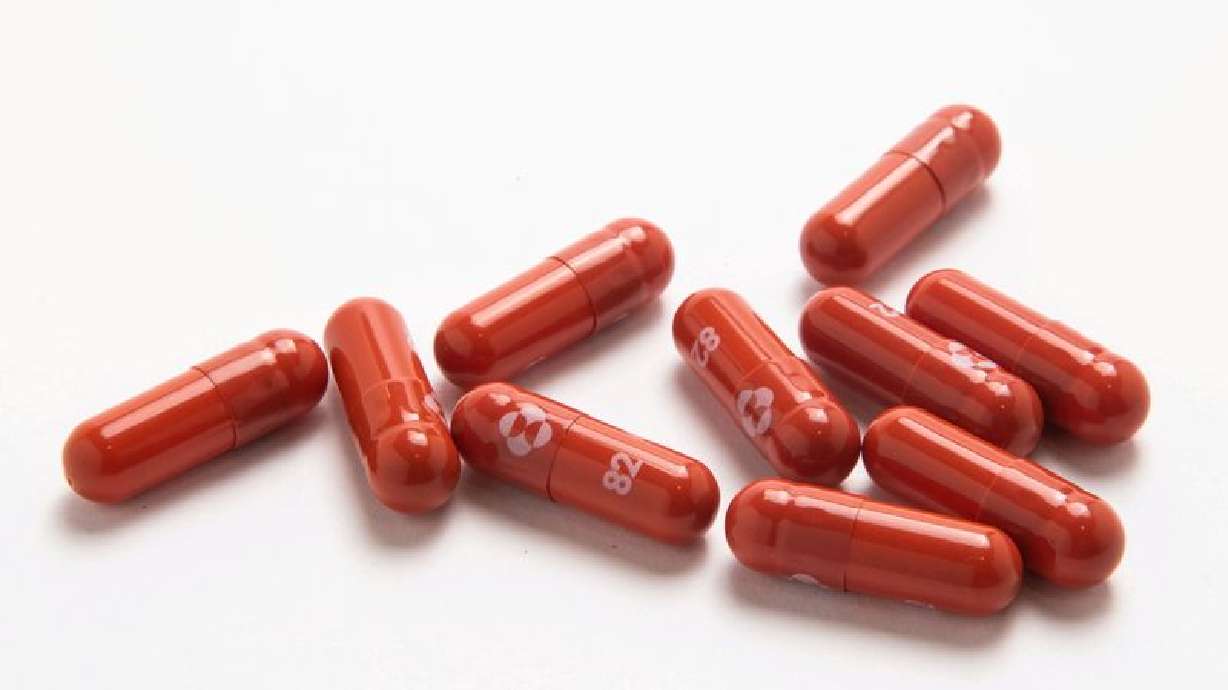 Merck said Friday that a study of the experimental COVID-19 pill shows that the drug was significantly less effective at reducing hospitalizations and deaths than previously reported. (Merck & Co Inc. via Reuters)

WASHINGTON – Merck & Co said Friday that updated data from the study of their experimental COVID-19 pill showed that the drug was significantly less effective at reducing hospitalizations and deaths than previously reported.

The drug manufacturer said the pill showed a 30% reduction in hospitalizations and deaths, based on data from 1[ads1],433 patients. In October, the data showed an effect of approximately 50%, based on data from 775 patients. The drug, molnupiravir, was developed in collaboration with partner Ridgeback Biotherapeutics.

The lower effect of Merck’s drug can have major implications in terms of whether countries continue to buy the pill. Preliminary data from 1,200 participants in Pfizer Inc.’s trial of its experimental pill, Paxlovid, showed an 89% reduction in hospitalizations and deaths.

Merck released the data before the US Food and Drug Administration published a set of documents on Friday that aimed to brief a panel of external experts who will meet on Tuesday to discuss whether to recommend approval of the pill.

The agency’s employees did not make their own recommendation on whether the pill should be approved.

FDA staff asked the panel to discuss whether the benefits of the drug outweigh the risks and whether the population for which the drug should be approved should be limited.

They also asked the committee to consider concerns about whether the drug could encourage the virus to mutate, and how these concerns could be mitigated.

Pills such as molnupiravir and Paxlovid can be promising new weapons in the fight against the pandemic, as they can be taken as early home treatments to prevent COVID-19 hospitalizations and deaths. They can also be important tools in countries and areas with limited access to vaccines or low inoculation rates.

Merck and Pfizer pills are cheaper to produce and easier to administer than existing treatment options such as Regeneron and Eli Lilly antibody therapies, which are mostly administered as intravenous infusions.

The two experimental drugs have different mechanisms of action. Merck’s is designed to introduce errors in the genetic code of the virus. Pfizer’s drug, part of a class known as protease inhibitors, is designed to block an enzyme that the coronavirus needs to multiply.

Merck applied for a US approval of molnupiravir on October 11, following the provisional data, and sent the updated data to the FDA this week.

One patient in the molnupiravir arm died, compared with nine in the placebo group.

Merck expects to produce 10 million cures with the treatment by the end of this year, with at least 20 million set to be produced by 2022. It has a contract with the US government to deliver as many as 5 million cures at a cost of $ 700 per course . Several other countries have already secured millions of birth control pills.

Merck has said that data show that molnupiravir is not capable of inducing genetic changes in human cells, but men who were registered in the studies had to refrain from heterosexual intercourse or consent to use contraception. Women of childbearing potential also had to use contraception.

Nevertheless, the FDA said in its briefing that there are safety concerns about potential birth defects from the drug and asked the panel to discuss whether the drug should be available to pregnant women.