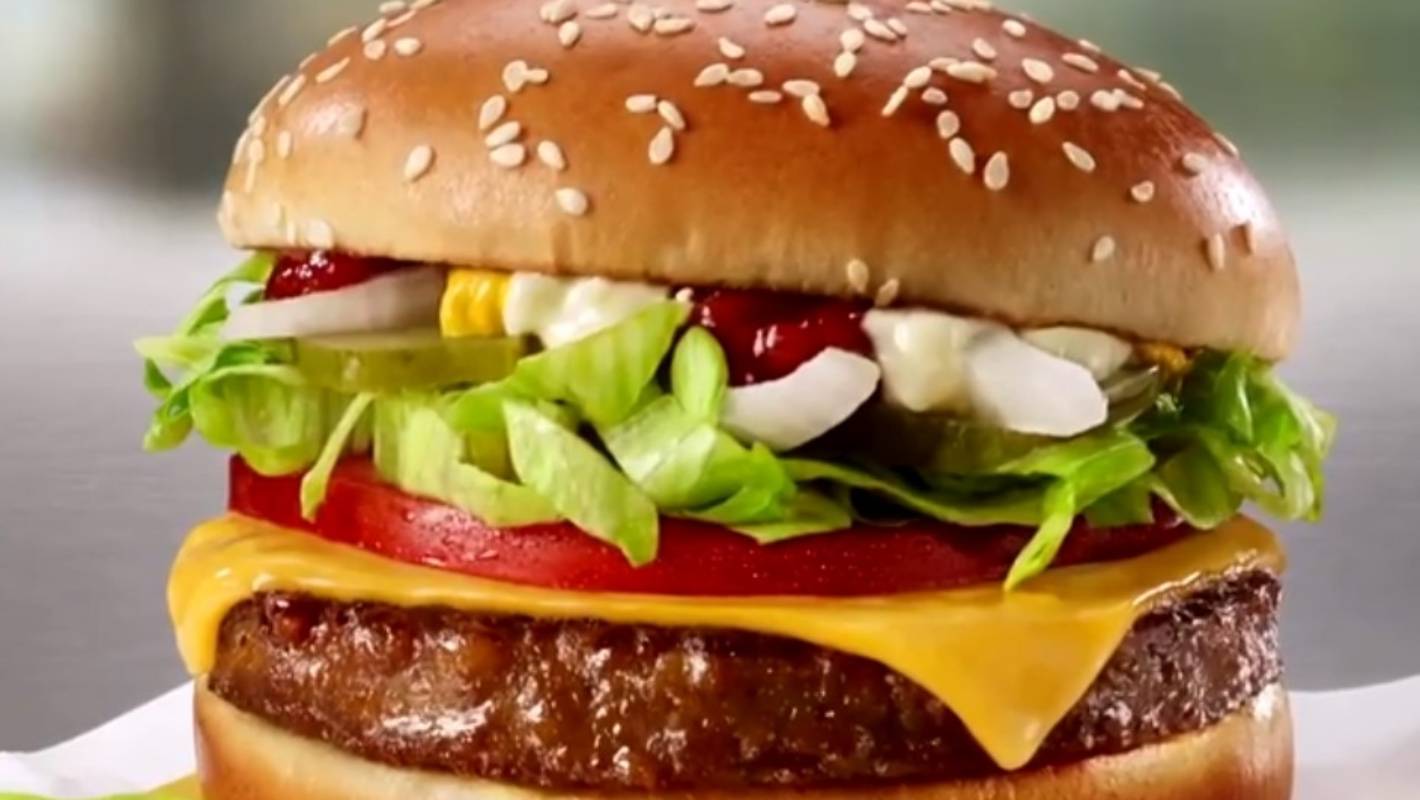 McDonald's finally takes a small piece of the plant-based burger.

McDonald's said it will sell PLT, or plants, lettuce and tomato burgers for 12 weeks at 28 restaurants in Canada by the end of the month.

McDonald's says it developed a special recipe using burgers from Beyond Meat, a California-based startup that makes "meat" from pea protein, canola oil, beet juice and other ingredients.

The small market study rolls out about six months after rival Burger King began testing the plant-based Impossible Foods burger, a rival of Beyond Meat. It now sells Impossible Whopper nationwide due to strong customer demand.

READ MORE:
* When Impossible and Beyond burgers take off, will real veggie burgers be wiped out?
* Plant patties can't be any healthier than beef burgers, says expert
* Beyond Meat, the US $ 5 billion unicorn vegan, has caught the attention

The entry of McDonald's, the world's largest burger chain, to the alternative meat arena has largely been seen as a matter of when, and not about.

Burgers are not really aimed at vegans or vegetarians, but at meat eaters who perceive plant-based eating as healthier and more environmentally conscious. In a recent survey, consulting firm AlixPartners found that 61 percent of American meat eaters sometimes order vegan or vegetarian food at restaurants.

McDonald's says that PLT will be grilled on the same grill used for meat and eggs. Burger King will cook it separately, but only on request.

PETA, the animal rights organization, says it is pleased to see several plant-based alternatives on fast food menus, even if cooked alongside meat.

"To PETA, helping animals is not about personal purity, it is about reducing suffering," PETA President Ingrid Newkirk said in a statement. "McDonald's does it by serving them, and customers do it by buying them."

It has been a breakthrough year for companies trying to perfect the burger without meat.

Beyond Meat became a listed company in May when it listed its $ 45 shares on Nadaq. In July, these shares had risen more than 430 percent. Impossible Foods has raised more than $ 750 million, but remains private.

In May, Impossible Foods announced that it is making meatless "sausage" to crumble for Little Caesar's pizza chain in some states.

Fans of Wendy's started a petition to get the chain to add a plant-based burger to the menu. More than 26,000 signatures have been collected, and earlier this month CEO Todd Penegor said plant-based burgers are a "trend that will be here to stay."

McDonald's is pushing forward, albeit in a very limited introduction.

"Why just a little test? We are in learning mode, so testing is an important part of how we develop our menu," wrote Ann Wahlgren, McDonald's vice president of global menu strategy. "That's how we look – before we jump."