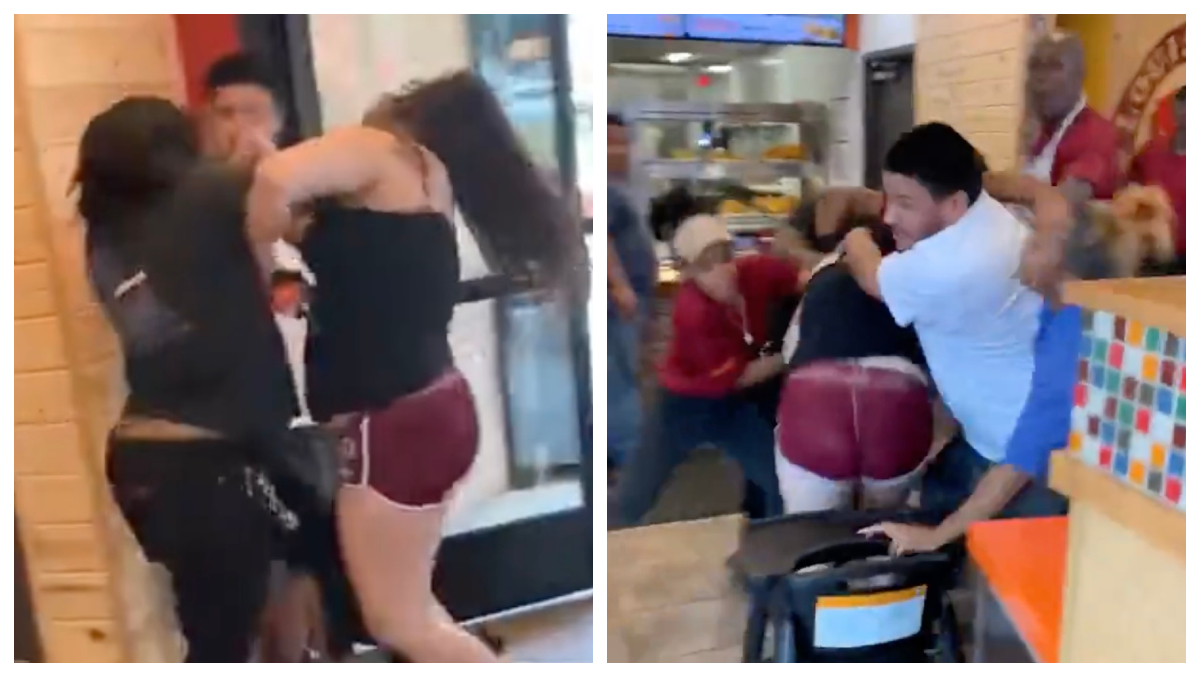 A woman at a Popeyes found out the hard way that messing with restaurant workers probably isn’t a good idea.

An absolutely absurd video shows an argument that started at the cash register when a customer and Popeyes employee both showed up to throw something at each other.

The employee came out from behind the register and it was immediately off to the races when all hell broke loose. Watch the carnage unfold below.

Nothing gets the blood pumping like this Popeyes match.

It’s been a minute or two since we last saw a match like this unfold. Popeyes is supposed to be a place for some tasty chicken (I̵[ads1]7;ve honestly never even had it), but that’s not what happened here.

These people weren’t binding over some fried and juicy chicken sandwiches. They traded blows after they decided to throw things on the register.

While it’s honestly not clear who started it, the situation shows that if the numbers aren’t on your side, you’re probably screwed.

There were several people who gave that customer an absolute beatdown. She had virtually no chance under at least 4:1 when the melee really started.

Next time just get another chicken sandwich, take a deep breath and relax.

PS: Look at this king just waiting to order while the world collapses around him. Ice in his veins!