Mary Barra meets with Union Officials for the first time in G.M. Strike 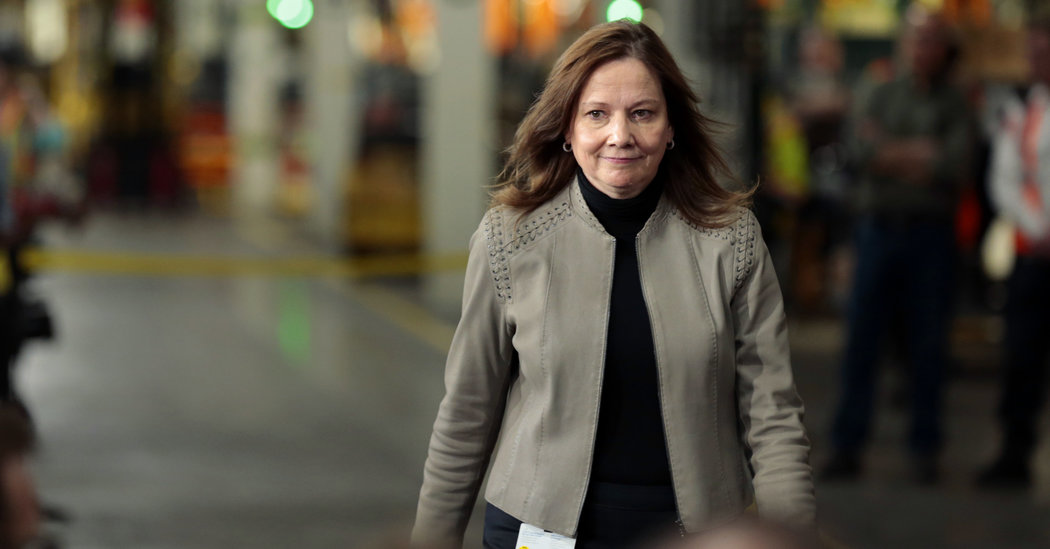 There were smiles and handshakes between union leaders and General Motors CEO Mary T. Barra when the contract talks began in July. On Wednesday, calls were stopped and G.M. plants idling for more than three weeks of a nationwide strike, Barra sat down with the union again.

At GM's initiative, Barra met for almost an hour with United Auto Workers president Doug Jones and the union's leading dealer, Terry Dittes, according to two people near the contract negotiations.

They said the meeting was held at the Renaissance Center, the Detroit office complex where the negotiations are taking place, and was the first time Ms. Barra had met face to face with union officials since the ceremonial opening of the contract talks. GM's headquarters are in the same complex.

The meeting was first reported by The New York Post.

The two people who were close to the negotiations would not influence the substance or tone of the meeting with Ms Barra or say whether it had helped to bridge differences. But they said some dealers worked over midnight that night, and that the two sides were talking on Thursday night.

The meeting came after Dittes in a letter to members on Sunday stated that the negotiations had "taken a turn for the worse" and that the union "could not be more disappointed with General Motors."

The company presented the union a contract proposal on Monday, but on Wednesday had not received the comprehensive counter-proposal it had hoped for, the two said close to the negotiations.

In a letter to Mr. Sandefur published by the union Thursday night, Mr. Dittes referred to the meeting with Ms. Barra and said committees from the two sides had since convened to address specific issues. GM could expect a response to the latest proposal "after the end of committee selection."

"We will continue to work to reach a tentative agreement between the parties," he said. eighth month this year, GM made nearly 600,000 cars in Mexico, about a third of its North American production, according to data compiled by Automotive News. Around 80 percent of the vehicles it builds in Mexico are sold in the United States. U.A.W. would like G.M. to move some production from Mexico to fill idle plants in the United States.

G.M. joined the talks in hopes of reducing health care costs and limiting salary and benefit increases. The company's labor costs, including wages, benefits and other associated costs, are about $ 63 an hour, compared to $ 50 an hour in nonunion facilities operated by foreign car manufacturers in southern states.

The company has offered to invest $ 7 billion in US factories as part of a new work contract.

The union hopes to improve salaries and benefits for temporary workers and newer employees, who are on a pay scale that has no prospect of reaching the top UAW salary of $ 31 an hour. It points out that G.M. has made record profits in North America, including $ 35 billion over the past three years, but has yet to close three US plants, and is scheduled to finish a fourth in January.

The strike, the longest that G.M. has met for half a century, has closed 34 manufacturing sites in seven states. The strike has resulted in $ 1.1 billion in losses for G.M. so far, according to the Anderson Economic Group in East Lansing, Mich.

The walkout also takes a toll on workers, who live on $ 250 a week scholarships from the U.A.W. "It's not easy, but I had some money put away in case there was a strike," said Ted Allen, 39, a single father of two 9-year-olds.

Mr. Allen lost his job when G.M. closed the car factory in Lordstown, Ohio, this year. He was scheduled to move to another facility in Lansing, Mich., But the speed has been kept up by the strike.