Mark Schoenebaum was the best biotechnology analyst. And a great person 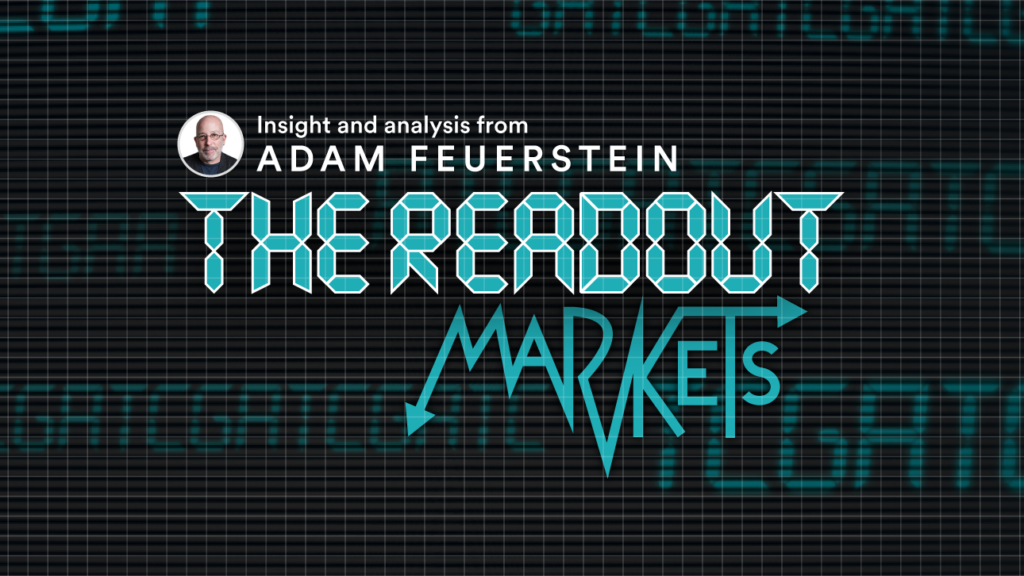 M sheet Schoenebaum was a brilliant and successful Wall Street research analyst who fundamentally changed the way salespeople cover biotech stocks. More importantly, Mark was a remarkably nice guy. Wall Street is not known to warm and obscure people, but Mark crushed it musty. He was kind and funny. He was magnanimous and unusually generous to colleagues, friends, and even strangers.

Most of the biotech investment communities first heard of Mark's death via a gut-friendly email sent by his friend and former colleague Umer Raffat on Sunday night. [19659003] "We have all seen him as the very best stock research analyst ever on Wall Street," Raffat wrote. "But that was just a part of who he was: he was an absolutely prominent individual who touched so many lives, and whose character of strength showed in his sheer humility despite his absolutely outstanding success."

As news of Mark's untimely death spread on Twitter, others took the time to post their own fond memories. In all these tweets there was a common thread: Mark's compassion, thoughtfulness and generosity. He had time for people. He was a mentor. He offered guidance help, advice . 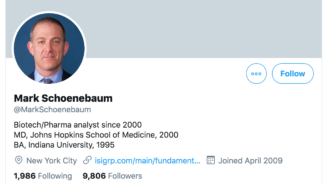 This tweet from @SanderDuncan, memorialized Mark so Well: "I was 24 and completely useless to Mark, but he did not hesitate to help."

This is also the brand I knew. As a reporter who covered the intersection of biotechnology and Wall Street, Mark was an invaluable source of information, context and analysis. He knew everything – and apparently everyone – that was going on in biotechnology. While other sales analysts bragged about paying institutional investors, Mark made himself surprisingly available. He freely shared his research reports with journalists. You were invited to listen to conference calls and log on to his webinars. He was quick to return texts and emails. And if travel or his insanely busy schedule got in the way, he would apologize for taking so long to respond.

I'm heading into the 20th year of biotechnology, which makes me 1) very old, but 2) uniquely qualified to place Mark's Wall Street career in its proper perspective. So I say this without a hint of hyperbole: Mark was the most influential sales page analyst I've ever known.

There are many smart people in this industry, but Mark's genius understood the changing role of seller-side healthcare on Wall Street. Investors wanted an honest information broker, not a stock picker. Mark understood that investors did not care about his buying or selling recommendations, or his price targets. What they needed, even wanted, was quick access to clinical data, analysis and historical perspectives.

Mark was the best at his job because he was the guy on Wall Street as a healthcare professional and generalist investor most relied on to understand why biotech investment. He made the complex easy to understand. He sent emails – lots and lots of emails. Really, so many emails. He used great fonts and rainbow colors. He was like a slightly nerdy but bubbly biotech teacher. He loved biotechnology and it was that passion that made us all love to attend his class.

Mark left Wall Street and biotechnology research in mid-2017. As he walked, other analysts left behind his style and methods. It is a testament to Mark's mentoring skills that Umer Raffat, his former lecturer and student, has succeeded in becoming the industry's top biotechnology and pharmaceutical analyst.

In December last year, I sent Mark a "let's go back" email after he posted on LinkedIn to consider returning to biotechnology. In typical Mark fashion, he responded to my email as if I was doing him a great honor by raving him with questions.

“Hi Adam! So great to hear from you my friend. How are you? I'm on vacation until the end of the year. Let's try to touch base before or after the JP Morgan conference. Sounds like a deal? I can't thank you enough for the email. Very thoughtful of you. Sorry I haven't done a better job of keeping in touch with you over the last few years. ”

We finally had a chance to talk to each other in February. We spent about an hour on the phone and grabbed hold. He was excited about the opportunity to get back into biotechnology in one way or another, maybe run a startup or join a company as CFO. He sounded relaxed, well rested, in peace.

He sounded like the old Mark – the guy we all miss so much.