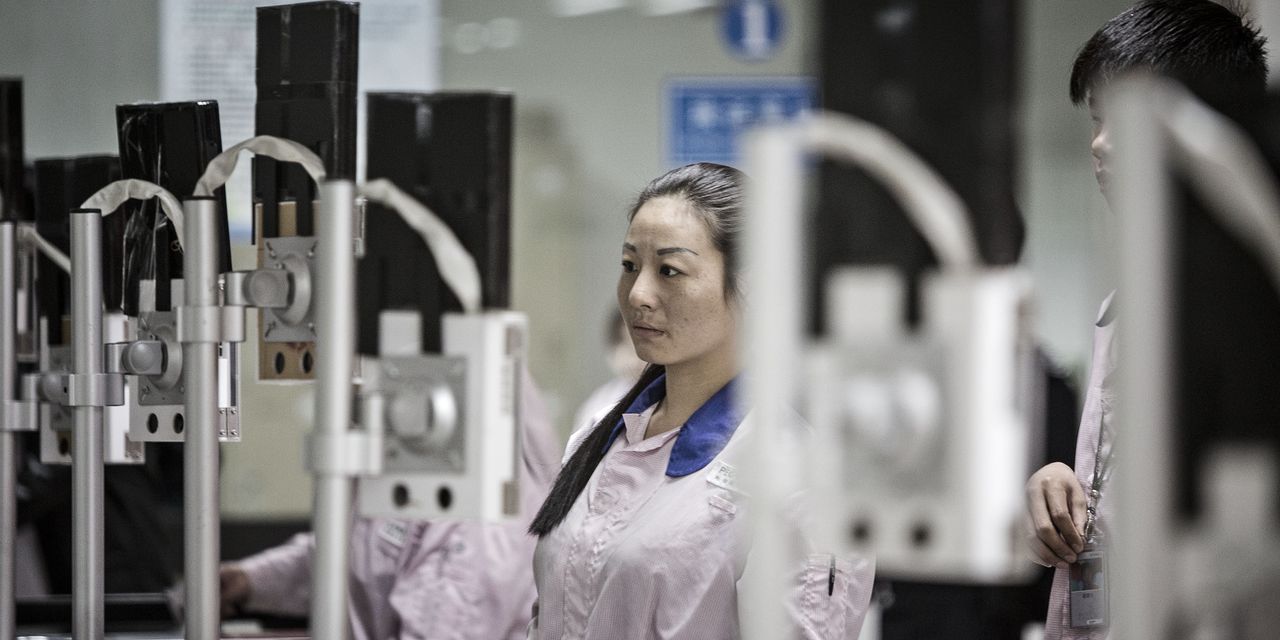 U.S .. manufacturers change production to countries outside China as trade tensions between the world's two largest economies extend to another year.

produces about 60% of their furniture in China, down from 75% at the beginning of the year. "We have changed production to Vietnam very aggressively," said Shawn Nelson, CEO of Stamford, Conn., Company. Mr. Nelson said he plans to have no production in China by the end of next year.

The relocation of US companies adds to the transition of global manufacturing supply chains as they prepare for a long period of uneven trading relations. Leaders in companies operating outside China said they expect to keep them that way due to the time and money invested in setting up new facilities and changing shipping arrangements. Companies said the shifts accelerated after the tariff of many Chinese imports rose to 25% from 1

said it plans to move most of China's coolers by the end of this year.

said it would start producing Roombas in Malaysia this year as well.

said it expects less than 10% of US bound products to be produced in China next year, down from 30% in June. And the diesel engine maker

said it has avoided $ 50 million in tariffs by moving some production to U.K. and other countries.

Imports from China fell 12% in the year to May compared to the previous year, according to the US Census Bureau, the largest decline since the financial crisis a decade ago.

The largest recipients of this decline have been other countries in Asia, where production costs are low, such as Vietnam, India, Taiwan and Malaysia. Many of these countries have seen a sharp increase in exports, although it has been claimed that some of the extra traffic was due to goods in China that were routed through these countries, without changing them significantly to avoid tariffs.

"We are moving production to other parts of the world," said Marvin Edwards, CEO of CommScope Holding Co., in June. Hickory, N.C., company stock antennas for sale in the US at the factory in India instead of China.

However, there is little evidence that US producers are bringing back production from China to the United States, a move that the Trump administration hoped the tariffs would encourage.

While imports from other Asian countries have climbed, US production capacity has fallen 1.5% through May from a recent peak reached in December, according to the Federal Reserve. The Department of Supply Management said earlier this month that its production index was in June to its lowest level since 2016.

"If we were to try to make a factory in the US, it would be hugely expensive," said John Hoge, co-owner of the Sea. Eagle Boats Inc., which makes 85% of its inflatable kayaks, canoes and fishing boats through contractors in China. Mr. Hoge said the network of manufacturers and suppliers in China who make boats to the Sea Eagle, and many of the competitors are not as extensive in any other country.

"It took us 20 years to build up the supply chain in China," he said. Mr. Hoge estimated that the 25% duty on his products, which came into force in May, would double Port Jefferson, N.Y., the company's tariff expense to around $ 500,000 a year.

analyzed production costs in half a dozen countries before deciding to continue making their baby carpets in China despite the cost of the car.

Do you think that today's trade conflict between the United States and China will bring lasting changes to the global supply chain? Why or why not? Join the conversation below.

"It's very difficult to find a country that can make it competitive with China," Randall Chestnut, CEO of the Louisiana company, told analysts in June.

More than 100 companies have asked the Department of Commerce to depart from the last 25% tariff on imports because they say they cannot find suppliers outside China.

who said it lost $ 1.1 million in the first quarter and probably more in others due to tariffs on the cable TV modems it imports from China and sells through

"I don't think anyone does them in the US," said Frank Manning, general manager of the Boston-based company, in an interview. "We bleed."

Write to Austen Hufford at austen.hufford@wsj.com and Bob Tita at robert.tita@wsj.com