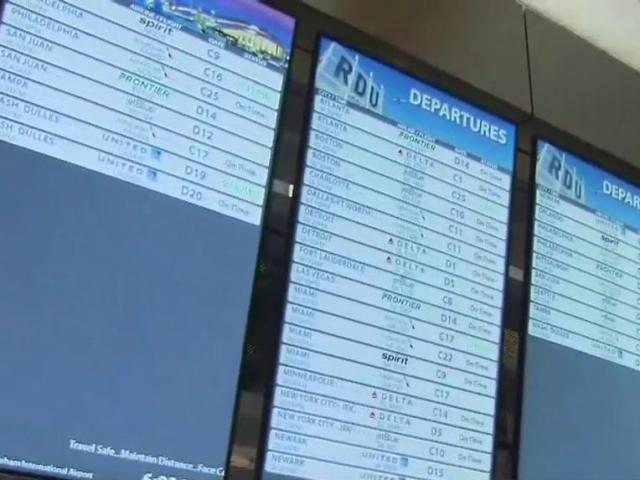 The flight was diverted around 8:15 pm because of a “disruptive passenger,” a spokesperson for RDU Airport said.

“[The man] was really loud and obnoxious from the beginning. The passenger that was sitting behind him was a lady and her autistic son … so I guess he kept getting poked and touched from behind and he started freaking out and claiming that, these people keep putting hands on me, they̵[ads1]7;re trying to stick me with needles, they’re trying to collect my DNA. I do not know what they want to do with it – maybe for money or maybe to sell it. He’s like, I do not care if it’s a lady and her kid, I’ll smack them both. I do not care who it is. I’ll put my hands on anybody on this plane, “said Savannah Figueroa, who was on the flight.

The man was cursing, screaming and threatening everyone on the plane, Figueroa said. Flight attendants approached him, asked him what the problem was and if he could lower his voice, Figueroa said the man got angrier.

“There was like waves of it where he would calm down and just stop talking completely and then he would just start going again,” Figueroa said.

“I guess they were nervous that he was going to try to rush the pilot and take the whole plane down,” Figueroa said.

The man being restrained could be heard screaming as passengers used what appeared to be zip ties.

“My ACL is torn – you can not do this,” the man yelled in the video.

Figueroa said things started to get violent after the man tried to break a window.

“That’s when they jumped on him and tried to restrain him,” Figueroa said. “There were at least five or six other men that stood up … they started taking their belts off and trying to restrain him.”

Figueroa said the flight remained in the air for an hour after the man began yelling and acting disruptive.

“I looked at my phone and I was like, I wish I could text people right now a final message if it were to come down to it, but they do not have WiFi on that plane so I was basically a sitting duck,” she said.

Figueroa said the man was threatening to hurt people on the plane, including a baby.

“He was threatening the kids, the woman and everyone on the plane – saying he was going to kill us all,” Figueroa

During the chaotic moments on the flight, a woman was heard giving passengers specific directions on how to get the man under control.

“He needs to sit in a seat, so do not tie his feet like that,” the woman said.

When the flight landed at RDU, the woman said flight attendants made an announcement that police were going to get on the flight.

The Frontier flight resumed its trip to Orlando later on in the evening.