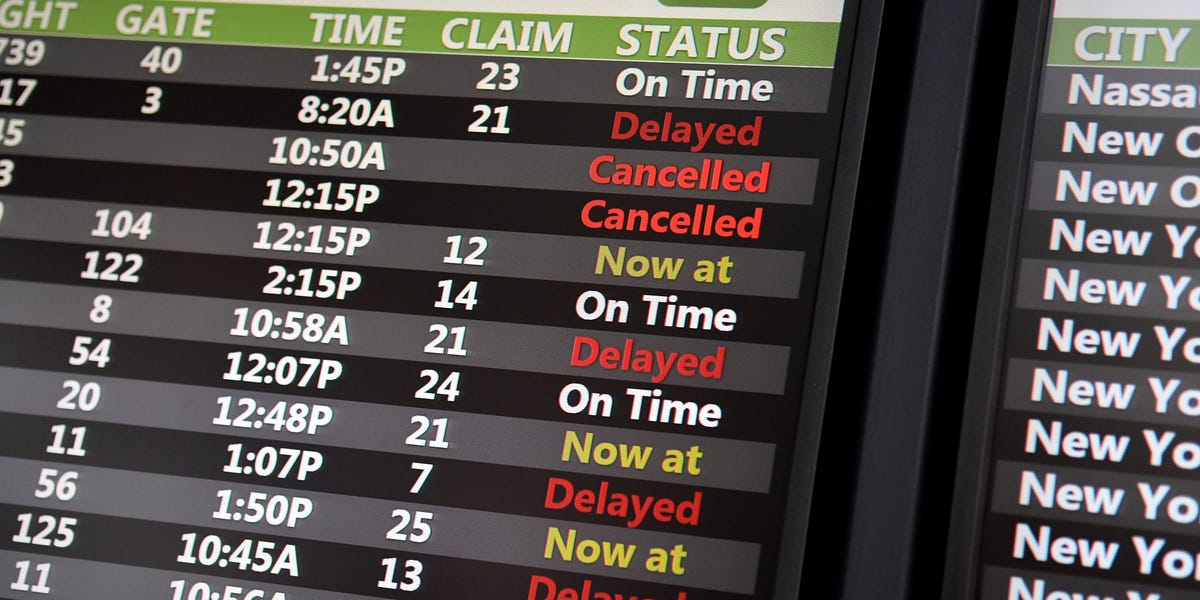 Southwest Airlines is being sued by a passenger who accuses the airline of failing to refund customers when it canceled more than 15,000 flights during an operational meltdown in December.

Louisiana resident Eric Capdeville — who filed the class-action lawsuit on Friday — said in the filing that he and his daughter were only given credit vouchers when their Dec. 27 trip from New Orleans to Portland was canceled.

The complaint, filed in New Orleans federal court and seen by Insider, said the jet that was scrapped also cost Capdeville the cost of the overnight stay he booked in Portland but never got to use.

Capdeville is seeking compensation for himself and other Southwest customers who have had flights canceled since Dec. 24 but have not received refunds or any reimbursement for expenses incurred by the cancellations.

Southwest canceled about 15,000 flights in the last week of December during the height of holiday travel as Winter Storm Elliott battered North America. Its chief executive, Bob Jordan, said the airline was facing “impacts beyond the storm”. The airline also attributed the meltdown to problems with its outdated flight planning system.

Capdeville’s lawsuit called the debacle an “internally created crisis.” The lawsuit also claimed that Southwest is obligated under the customer service contract to provide passengers with either a refund or an opportunity to rebook the flight if it is canceled, delayed or diverted.

That customer service contract makes no mention of compensating passengers with credit for flight cancellations, the lawsuit added.

Capdeville said he and other passengers affected by Southwest’s cancellations “cannot use their airline tickets through no fault of their own and are not getting the benefit of the bargain” with the carrier, according to the lawsuit.

Southwest said amid the spate of cancellations it is offering a system-wide waiver, allowing customers booked on flights between Dec. 25 and Jan. 2 to rebook the same route with new dates at no extra charge.

In a statement to The Washington Post, the airline said it is making “several high-priority efforts” in an effort “to do right by our customers.”

The airline also promised customers on December 29 that it will refund their tickets and reimburse them for expenses such as hotel rooms and car rentals, warning investors in the company that these expenses will have an impact on earnings.

Southwest’s Travel Disruption FAQ states that it will “accommodate reasonable requests for reimbursement for meals, hotel accommodations, and alternative transportation.”

Representatives for Southwest Airlines and attorneys for Capdeville did not immediately respond to Insider’s requests for comment.