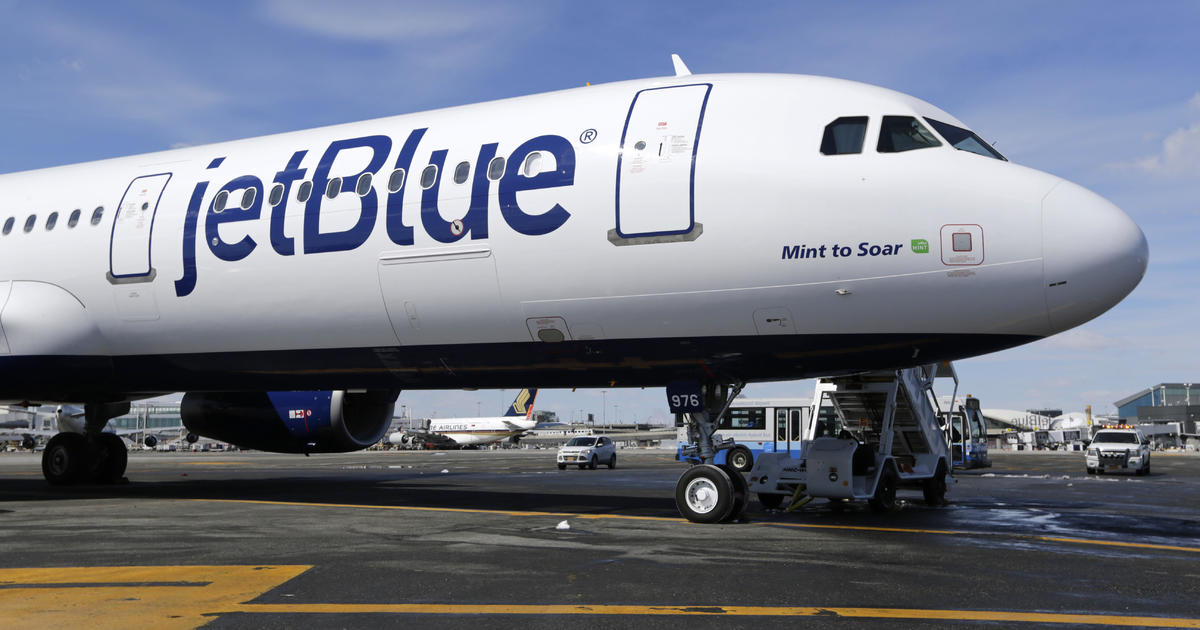 A Utah man was arrested and charged after holding a razor blade to a woman’s neck on a flight.

Merrill Darrell Fackrell, 41, was on a JetBlue flight from New York to Salt Lake City on Nov. 21 when he allegedly assaulted the passenger next to him, according to the Justice Department.

He was sitting in a window seat in a row with a married woman and man and was in conversation with the woman, according to a criminal complaint filed by the DOJ.

The woman started watching a movie with headphones, and said she could hear Fackrell keep talking to himself, but she wasn̵[ads1]7;t paying attention. Fackrell then placed her hand in front of the screen and asked her to pause the film.

The woman claims she took off her headphones and realized Fackrell had what appeared to be a knife positioned inches from her neck, according to the DOJ.

The object was later identified as a straight edge razor with a 1 to 2 inch blade.

Fackrell allegedly stood up and shouted, “She’s going to be fine,” and “nobody needs to worry.” He is said to have told his husband to “f*** out of there”.

The woman’s husband got up to alert a flight attendant. The woman lunged toward the aisle and Fackrell tried to grab her shoulder and stop her.

Another passenger sitting across the aisle saw Fackrell holding an object, confronted him and managed to get him to put the object he was holding down on the seat. He gave the item — which turned out to be a razor — to the flight crew for safekeeping, according to the complaint. He then sat next to Fackrell for the duration of the flight.

The alleged incident occurred near the end of the flight, a JetBlue spokesperson said in a statement to CBS News.

“Crew members responded by working to de-escalate the situation and alerted police who met the aircraft in Salt Lake City,” the spokesperson said. “The safety of our customers and crew members is JetBlue’s first priority, and we will support law enforcement during their investigation.”

A fellow passenger on the plane recorded a video of Fackrell being escorted out by police after landing.

The US Attorney’s Office filed the complaint on November 22, charging Fackrell with carrying a weapon on an aircraft and assault with a dangerous weapon in the special aviation jurisdiction of the US, according to the Justice Department.

The case is being investigated by the Salt Lake City Police Department and an FBI Task Force officer.

A spokesperson for the Transportation Security Administration (TSA) said the administration is “very concerned about the number of unruly passengers who engage in disruptive behavior during flight.”

TSA is working with law enforcement on the matter.

“We take our responsibility to keep the skies safe for the traveling public very seriously and are introducing new X-ray technology at several airports to improve our ability to better detect objects such as the one used in this incident,” the spokesperson said. “We commend the actions of the flight attendants and other passengers on this flight.”

This year, there have been 2,178 reports of unruly passengers, as of 1 November.

Caitlin O’Kane is a digital content producer covering trending stories for CBS News and its good news brand, The Uplift.