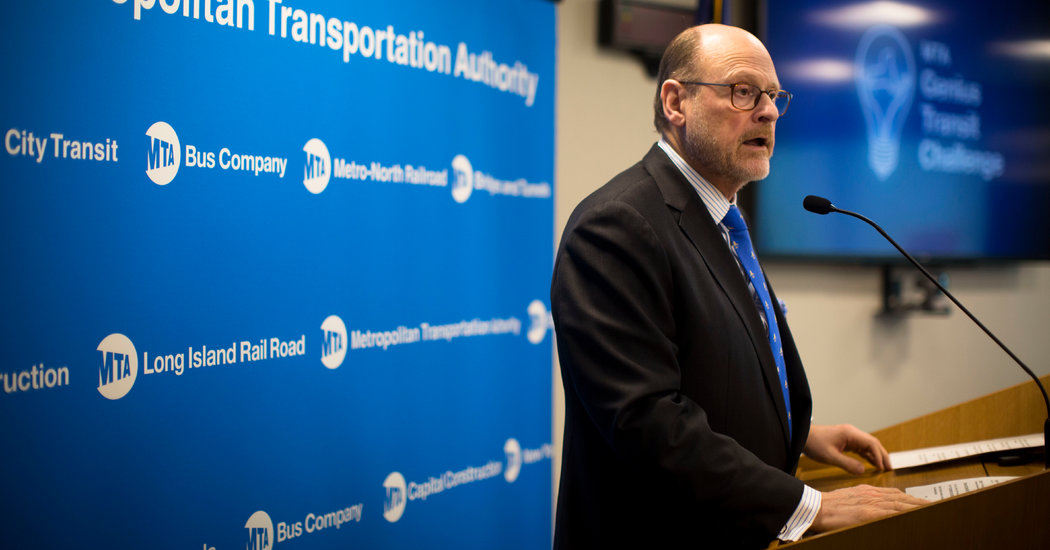 The chairman of the Metropolitan Transportation Authority, which controls New York City's troubled subway, has resigned after the election of Gov. Andrew M. Cuomo, a third official, said on Friday.

The chairman, Joseph J. Lhota, had returned to the agency last year to oversee the transit system after the subway descended into crisis. He had run the agency during an earlier stint in the job and helped the subway rebound after it was ravaged by Hurricane Sandy.

Mr. Lhota heeft geconfronteerd met vragen over mogelijke conflicten van belangen en buitenlandse banen in een onderzoek dit jaar door The New York Times. When Mr. Lhota returned as chairman, he held on to his job at N.Y.U. Langone Health and joined the board of Madison Square Garden, another prominent institution that is involved in negotiations with the M.T.A. about the future of Pennsylvania Station, which sits below the garden.

Mr. Cuomo, a Democrat who oversees the subway, had named Mr. Lhota to run the system last June. The news of Mr. Lhota's departure came as a surprise because Mr. Lhota told reporters last month that he was not leaving the agency and his term was scheduled to end in 2021.