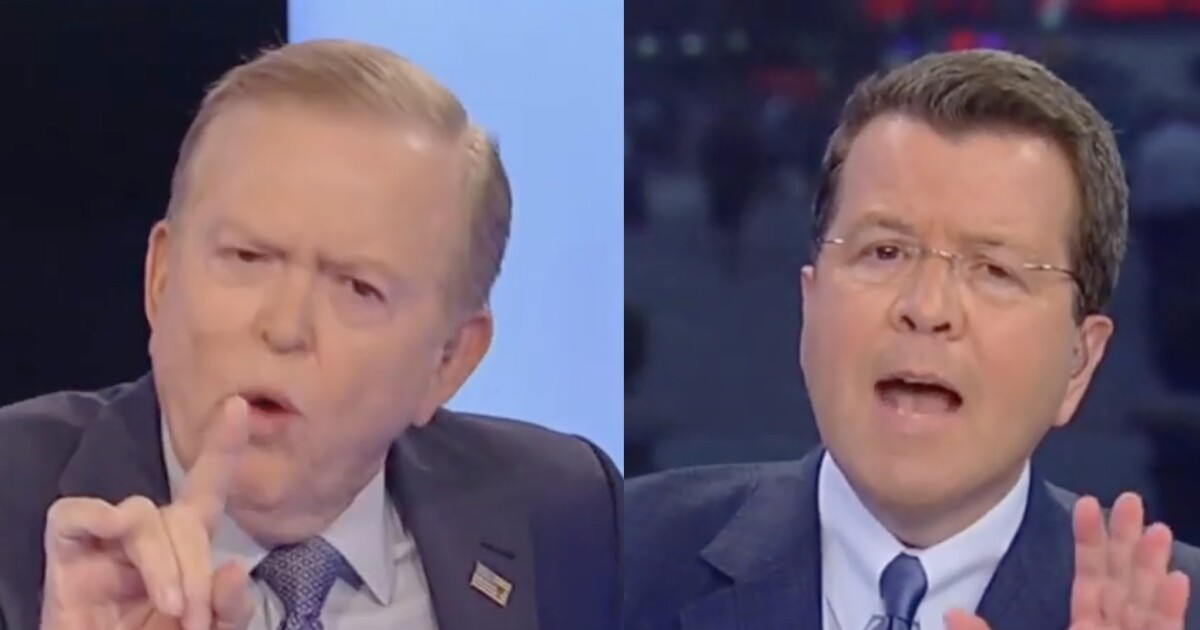 Fox Business anchors Neil Cavuto and Lou Dobbs raised their voices against each other during a heated moment Tuesday while discussing the country's deficit.

The panel, which also contained Charles Payne, Maria Bartiromo and Stuart Varney, began discussing the Federal Reserve which cuts the reference rate by a quarter.

"They should look at many other parties in this. If you want to blame the Federal Reserve for aggressive monetary policy that is pushing interest rates, you might want to address both parties' lapse of the fiscal restraint hint, you can look at it "You know the thing is, there are many hands in this," Cavuto said.

"Stuart touched on this notion that deflation is a major concern," he added. "It's a legitimate concern, I think you're right in it, Stuart. I just don't know what follows Japan and Europe to try and control this is going to do, because they haven't done a good job containing it. "

Cavuto interrupted, "Lou, you think he has done a good job of reining in spending, on reining ̵

1; I give him high marks on the tax cuts and cutting regulation."

"You have to line up with the president, Neil "But here's the reality," Dobbs said before Cavuto cut him off again.

"In fact, do you think this president has done anything to contain the deficits and debts that still spiraled from what levels he had from Barack Obama?"

"I do," Dobbs responds. "Let's go through a couple of issues. Deregulation that increased productivity."