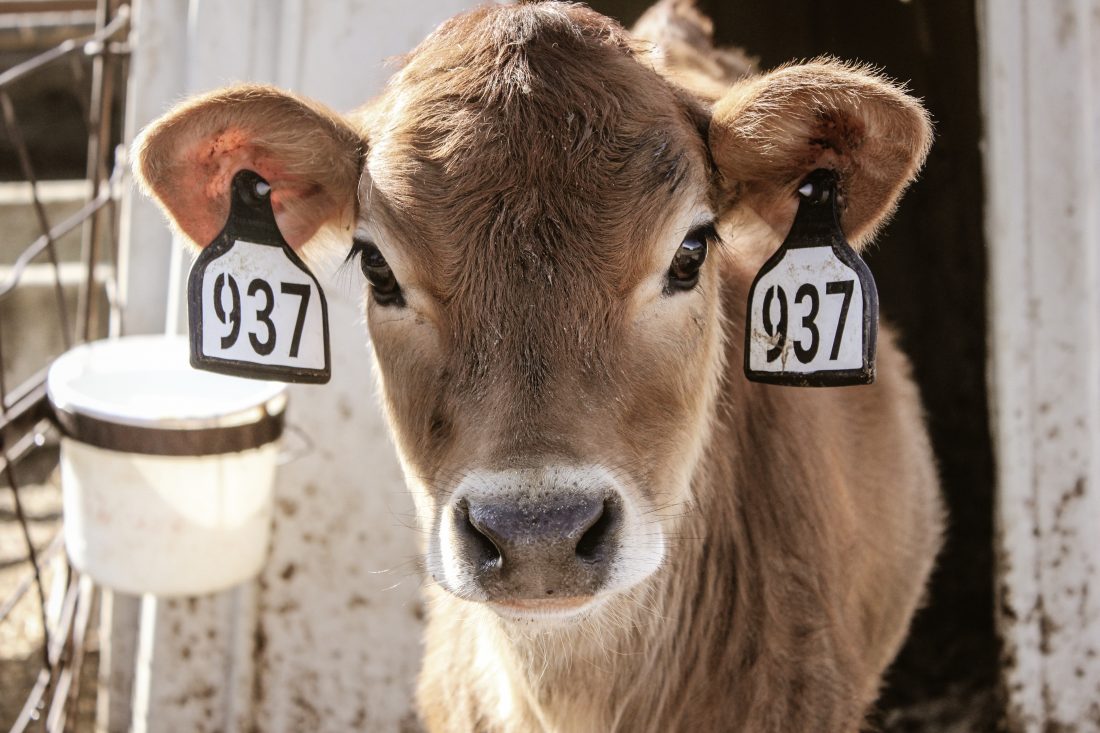 Photo by Janelle Patterson
Jersey cows are the only calves that Schramm Dairy Farm is holding right now, as the future of local dairy farming is conspicuous for local dairy farmers.

Photo by Janelle Patterson
Jersey cows are the only calves that Schramm Dairy Farm is holding right now, as the future of local dairy farming is conspicuous for local dairy farmers.

Photo by Janelle Patterson
Dean Foods, the parent company of Broughton & # 39; s in Ohio 26 outside of Marietta, declared bankruptcy Tuesday and the future of the Marietta plant in operation Friday is still uncertain.

Tighten the belt and continue.

That is the common theme in Washington County as the remaining dairy farmers digest the news of Dean Foods' bankruptcy declaration this week.

"I personally don't think this plant will shut down," said Theresa Schramm, of Schramm Dairy Farm outside Reno. "Will it always treat and bottle milk? I don't know, it may just be a rallying point, but there will always be a market for milk, cheese and other dairy products. ”

Schramm Farm has been selling cow's milk for years to Broughton, a Dallas-based Dean Foods subsidiary since 2001.

Dean Foods announced Tuesday that bankruptcy has been filed. 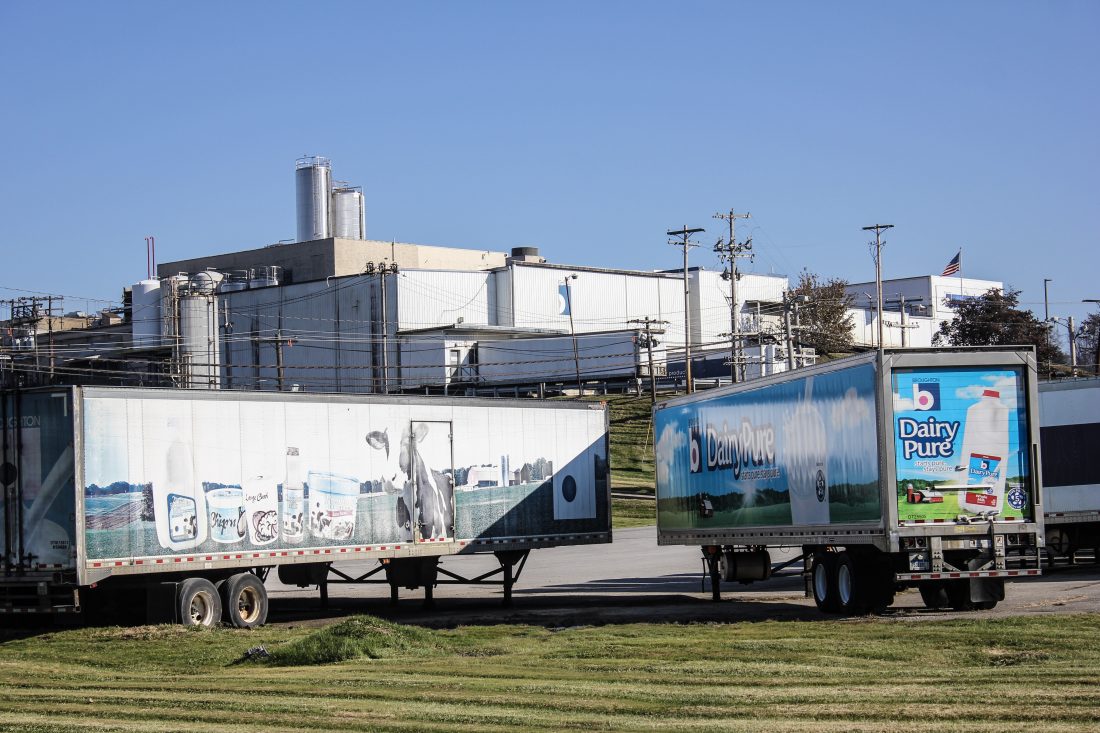 Photo by Janelle Patterson
Dean Foods, the parent company of Broughton & # 39; s in Ohio 26 outside of Marietta, declared bankruptcy Tuesday and the future of the Marietta plant in operation Friday is still uncertain.

Local officials in the Broughton area outside Ohio 26 did not return calls for comment Friday about the plans for the Marietta location.

"But some will still process and store the milk in our stores and schools," said Marty Clark, AgriBusiness Coordinator at the Washington County Career Center. "There is a middle ground between closing the farm doors for good and high production. Yes, Dean's wants to sell out – which may or may not work – but the milk price is better now, but still trying to make up for the lean

Clark is doing his rounds this time of year, talking to local farmers about the yield and preparing for the tax season.

He has seen many dairy farmers in the last two years sell their dairy cows, switch to cattle, diversify

Only full-time farmers I work with are the dairies, most everyone else has something else to supplement the income, " he explained. " But I'm not doom and gloom with this announcement – a year ago, I was discouraged (but) the sales of cheese and butter have been very good this year. " 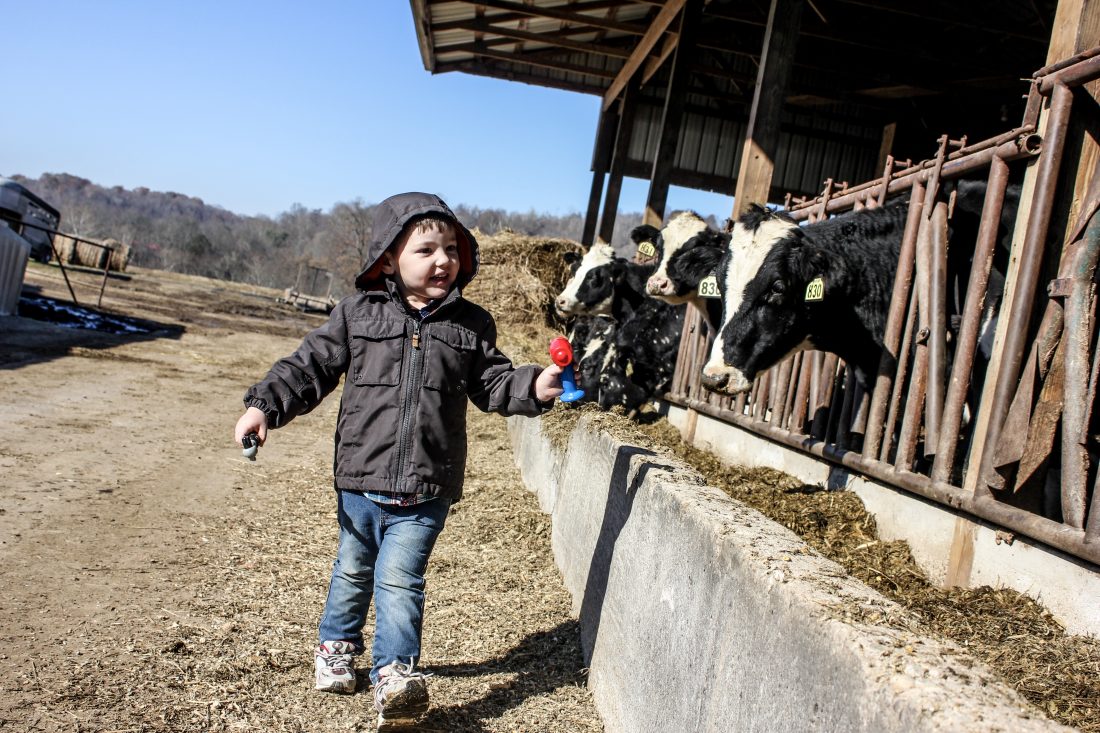 Schramm said that while her husband Rick has been full time on the farm, she applied for jobs outside this year.

"It's a big change after 36 years, but it was mostly for insurance," she said. "But even there I always talk about supporting dairy products and local farms. I am grateful to have an employer who is so passionate about it."

After the bad news this week, the reading of a recent visitor gave at the Schramm operation last month a little peep into Schramm's wandering through the barrel with grandson Jaxon Kern on Friday.

"When we arrived at the farm, I could see very simple buildings and many farm equipment," reads the winning Farm City Day- essay written in this month's Washington Soil and Water Conservation Corner newsletter. "The buildings were not fancy and a little dusty, but they were all built for cows."

The author, Aven Tacy, is a fifth-grader at Newport Elementary School

"Workers spend a lot of time putting milk on your table. I learned a lot from them and also from the cows, ” concluded Tacy. “These dairy cows sacrifice your whole life to give you milk and meat. The overall lesson I learned is that the workers and the cows do a lot to make us milk, and I am very grateful to them. ”

The essay has a special place in Schramm's heart.

"I think I can hit it," she smiled. “Times like these, you tighten your belt, you stretch yourself down and try to get through it. But knowing someone out there took some of your heart home with them – that they only took some of what they learned, it means a lot. "

Schramm said of the family dairy, which was created in 1898, part of tackling low milk prices this year was to get rid of non-producing cows.

"We're milking down about 160 right now, we used to be at 200," she explained. "And we used to milk three times a day, but we lost one milker and moved down to twice a day."

She said that when prices were low last year, the family also lost a mechanic and a shepherd.

"But we have got them back now and have a new girl working with our calves," she explained. "We're just holding on to the calf calves right now and getting rid of the black and white holstones and bulls when they're ready."

For now, the strains of cattle family milk is diversifying the farm

"We have added several sweaters over the years, and it has listed our components that Dairy Farmers of America (a Kansas cooperative) looks for in the milk spring, " she explained. "They add some protein and butterfat and help the somatics."

DFA is in discussions with Dean Foods about a potential acquisition of the company.

Janelle Patterson can be reached at jpatterson@mariettatimes.com.

• Local milk production has declined in recent years due to low milk prices set by the federal government.

• Dean Foods announced this week that it has filed for bankruptcy.