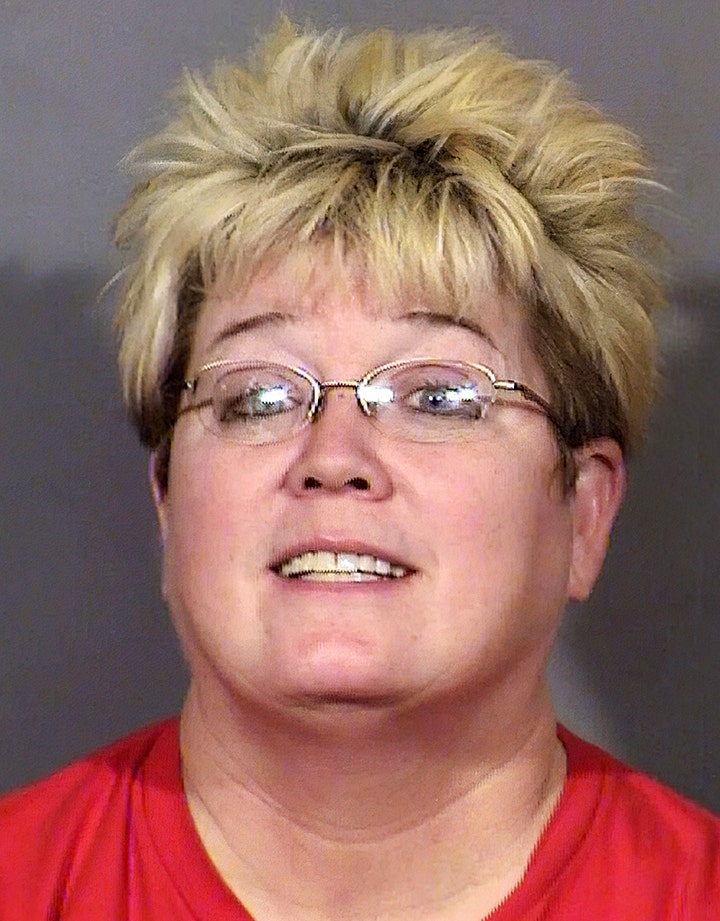 A Las Vegas woman shouting “let’s go Brandon” was arrested at McCarran International Airport this weekend after refusing to wear a mask and causing disruption on board her Allegiant Air plane, authorities said.

Katrina Alspaugh, 51, was at a security checkpoint at the airport when another passenger confronted her for not wearing a mask, according to an arrest report from the Las Vegas Metropolitan Police. It was alleged that Alspaugh appeared to be beating the other person.

Alspaugh was uncooperative with responding officers, according to police, but was eventually released because the other passenger refused to report, FOX5 Las Vegas reported.

Katrina Alspaugh caused a scene at McCarran International Airport when she tried to hit another passenger who was complaining that she was not wearing a mask.
(Las Vegas Metro Police)

Police were called again about Alspaugh when an Allegiant Air employee removed her from the plane for causing a disturbance, the report states.

On the jet bridge, Alspaugh is said to have quarreled with officers who asked her to leave because she no longer had a ticket. When officers warned her she would be arrested, she began shouting “f — ‘and’ Let’s go, Brandon ‘,” creating a further disturbance that resulted in her arrest, the police report said.

Alspaugh is facing a misdemeanor charge of public behavior at an airport, the station reported.

Since January, there have been 5,240 unruly passenger reports, according to the Federal Aviation Administration (FAA). 3,798 mask-related incidents have been reported.

The agency has proposed fines for passengers who assault, threaten, intimidate or disturb the airline’s crew members. Under the FAA’s reauthorization bill, the agency can propose up to $ 37,000 per violation as a consequence.