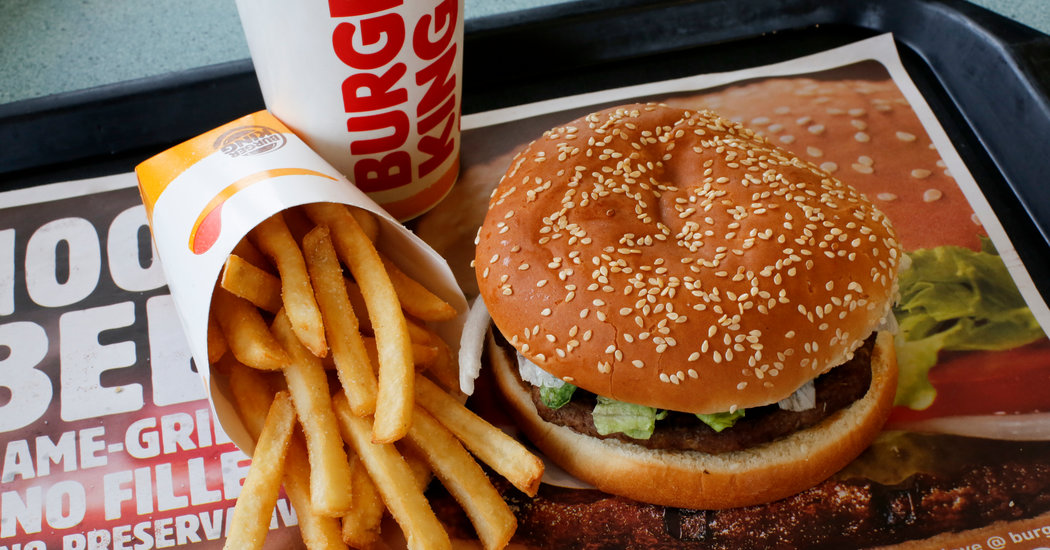 Fast food chains have for many years tried to woo health-conscious diners by mixing lighter fare such as salads and yogurt with the usual burgers, fried chicken and shakes.

But since the menus swelled over the last three decades of grilled chicken wraps (McDonald's) and "fresco" burritos (Taco Bell), many options in size and calories and sodium grew in them, according to a new study from researchers at Boston University and Tufts.

According to the study – published last week in The Journal of Nutrition and Dietetics – with lighter elements in the blend, fast food menus are less healthy than they were 30 years ago.

The fat and salt content and the large size of fasting meals have long been a public health problem. They are often blamed for pushing up obesity among adults in the United States, which increased to 40 percent in 2016 from 13 percent in the early 1960s.

The new study suggests that the problem is getting worse.

Over the 10 chains, the researchers found, the average main course weighed 39 grams more in 2016 than in 1986 and had 90 more calories. It also had 41.6 percent of the recommended daily allocation of sodium, up from 27.8 percent.

Customers could be forgiven for not knowing. Local authorities have adopted menu labeling initiatives that require fast food restaurants to provide calorie counter for the products they sell, but such measures have faced significant opposition, including from the Food and Drug Administration.

"The restaurants have really not done enough," said Megan A. McCrory, lead researcher. "The big picture is that there have been some positive changes, but they are small, and generally the changes have become worse."

More than just a little something sweet

In 2016, the average fast food dessert was weighed an extra 72 grams and had 186 more calories than the average dessert 30 years earlier, the researchers found.

One possible reason is that the restaurants expect larger sundaes and cakes as a way to increase the amount spent on each order and attract more customers, said Darren Seifer, a food and beverage industry analyst at the NPD.

"The majority of fast food traffic is around lunchtime, when people don't usually get dessert," he said. "But offering larger portion sizes is one way restaurants can promise more value."

Just last month, McDonald's "donut sticks" introduced the dust with cinnamon sugar. Six sticks have 280 calories. But you can also order a serving twice the size for less than the cost of two single orders .

Fit pepper, but maybe hold on the salt

The researchers found that there were 42 more calories on average in items such as chips, soups and French fries in 2016 than it was 1986. The sodium content increased to 23.2 per cent of the recommended daily allocation from 11.6 per cent, although the portion size did not grow significantly.

Consumption together as a single meal, the study found, the average main course and then accounted for nearly 40 percent of a daily calorie diet .

The study mentions several suggestions that are intended to help consumers scale back their fast food intake, including a system that would allow them to order smaller portions at lower prices.

If the industry will embrace such ideas, it is unclear. Meanwhile, the menus continue to grow, sometimes blurring the line between main course and page. Jack in the box tests Burger Dippers, which the company describes as "the burger you eat like a fry."

As with those who went before them, some of the new offers seem to be aimed at people who want to eat healthy foods. Carl's Jr. has recently added a plant-based burger, The Beyond Famous Star, to its lineup.

Ordered with cheese, it has more than 700 calories.