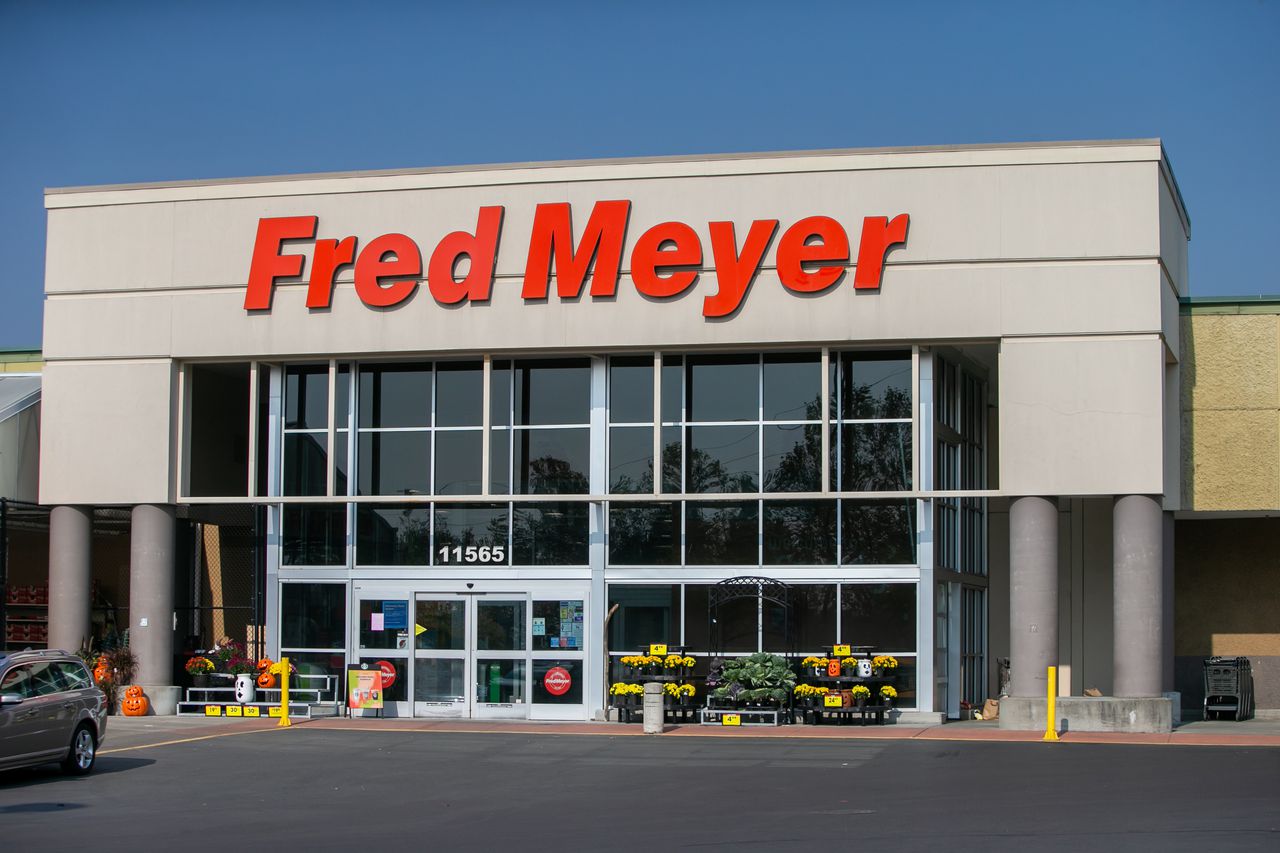 The 2002 closing of the Fred Meyer grocery store that served Rockwood was a blow to the Gresham area, leaving a hole in the downtown area and one less option for groceries.

The next hit came in 2015, when a merger between the Albertsons and Safeway brands resulted in the closure of a nearby Safeway store. That left an Albertsons store as the chain’s last supermarket in the area.

Now a proposal from the Kroger Co. to buy Albertsons has residents wondering if that store could end up closing as well. If Albertsons were to close in Rockwood as a result of the merger, it would “put a hole in the community,”[ads1]; said Catherine Nicewood, president of the neighborhood, even though it is one of the most expensive options remaining.

“Rockwood is considered a food desert, and we’ve tried to bring in places where people can easily access healthier food options at an affordable price,” Nicewood said. Losing Albertsons would be another setback.

The $24.6 billion sale would bring Albertsons, Safeway, Fred Meyer and QFC under one corporate umbrella, leaving the chains with dozens of Oregon stores that could now be considered redundant.

The Oregonian/OregonLive identified approximately 33 Kroger and Albertsons-owned stores across the state that are within a mile of each other, including 20 in the Portland metro area. More than 100 are less than two miles apart.

Many are within sight of a neighboring shop. In Oregon City, for example, a Fred Meyer, Safeway and Albertsons are within blocks of each other.

Albertsons and Kroger in Oregon

Dozens of Oregon grocery stores owned by Kroger Co. (Fred Meyer and QFC) and Albertsons Cos. (Albertsons and Safeway) are located near other stores and may be considered redundant if the chains merge. Shops with a 1-mile buffer are shown here.

Kroger and Albertsons are two of the state’s largest grocery chains, with a total of 171 stores.

Kroger and Albertsons will likely have to sell hundreds of stores nationally to ease anti-competitive concerns from regulators, including the Federal Trade Commission, according to retail analysts and consumer advocates.

In anticipation of that, Kroger and Albertsons said in an announcement last week that they are willing to sell between 100 and 375 locations by spinning them off into a separate company — called SpinCo in the filing — that would be controlled by Albertsons shareholders.

In Oregon, Kroger and Albertsons are two of the largest grocery chains, with a combined market share that is even greater than Walmart.

Kroger did not address potential store closings in its filing with the Securities Exchange Commission, but closing stores during a major retail merger is common, according to retail analysts. Spinning off the redundant stores is not a safe solution either.

After the merger of Albertsons and Safeway in 2015, regulators required the chains to find a buyer for about 20 stores in Oregon in an effort to keep the market competitive.

Haggen, a small Washington state grocery chain, agreed to buy and rebrand 146 West Coast Safeway and Albertsons locations following its merger with Safeway. But within months, the overextended Haggen filed for bankruptcy and sold several of those stores back to Albertsons for a much cheaper price. Others closed for good.

Executives at Kroger and Albertsons expect the deal to go through in early 2024, at which point the two companies will begin choosing which stores will stay or go, and under which banner they will operate.

Kevin Coupe, a retail analyst and author of the Morning News Beat grocery blog, believes the companies’ proposal to sell up to 375 stores may not satisfy regulators.

“I think they’re going to have to sell close to a thousand stores,” Coupe said. “This is a much tougher FTC than they might be used to dealing with, and we’re in a time of rising consumer prices.”

The proposed combined company would have annual sales of $209 billion and operate 4,996 stores nationwide, according to Kroger. It would come close to rivaling Walmart, falling just $10 billion in annual revenue short of the retailer.

Meanwhile, the deal faces pushback from consumer advocates, unions and politicians as the companies look to consolidate stores amid soaring food prices.

Jagjit Nagra, executive director of the nonprofit Oregon Consumer Justice, said the proposed deal would be bad for consumers because less competition could cause grocery prices to spiral out of control. He said the potential merger could also result in more food deserts likely to be around lower-income areas.

“They’re not going to shut down their biggest, brightest stars in the quiver,” he said. “They’re probably going to go out to low-performing, high-performing stores, maybe stores that are adjacent to, say, tougher neighborhoods, or in areas that have more crime, or maybe areas that are just more rural.”

Kelley Fuller, a resident of Depoe Bay on the central Oregon coast, said the nearest Fred Meyer and Safeway in Newport are across the street from each other.

“If Kroger and Albertson are allowed to merge, we would almost certainly lose that Safeway,” Fuller said, “which would not only mean losing a grocery store, but also the pharmacy in it.”

She said Lincoln City already lost a pharmacy when Bi-Mart pulled out of the pharmacy business, and competing pharmacies became noticeably more “crowded and chaotic” afterward.

And she said having two supermarkets was important as the pandemic ravaged the supply chain.

“When Fred Meyer was out of basics, Safeway would sometimes still have them,” she said. “It would be worse for the communities if we didn’t also have Safeway to shop at.”

Nagra, with a state consumer advocacy group, said the Kroger-Albertsons merger leaves areas that are already food deserts with even fewer choices.

“Not only would they take away from people’s ability to choose, now they would actually directly affect people’s health,” he said. “Because if you don’t have access to good quality food, I think it’s fair to assume that your health outcomes might not be as strong.”

He said the deal could “do more harm and kind of squeeze consumers who are already struggling to afford food.”

But Kroger executives said in a statement that they will reinvest $500 million to “reduce prices for customers” and $1 billion to increase employee wages and benefits.

Earlier this week, U.S. Senators Amy Klobuchar of Minnesota and Mike Lee of Utah said in a statement that the Senate Judiciary Subcommittee on Competition, Antitrust and Consumer Rights will “hold a hearing focused on this proposed merger and the consequences consumers may face if this deal moves forward.”

The committee has “serious concerns” about the merger and wants a grocery market that “remains competitive so American families can afford to put food on the table,” Klobuchar and Lee said.