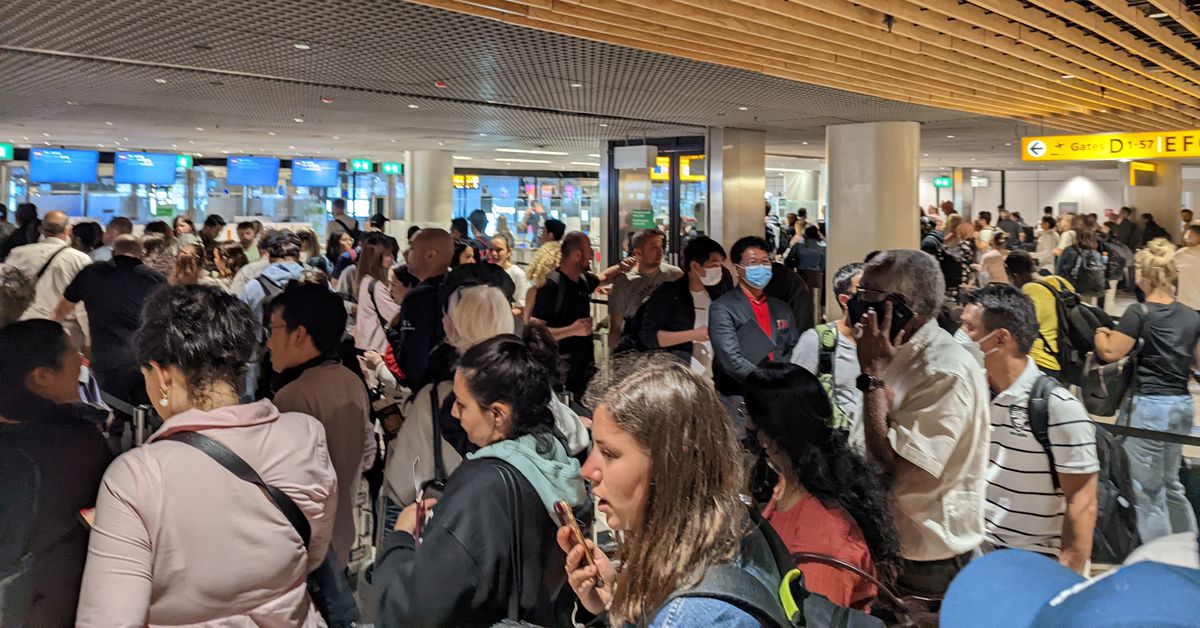 AMSTERDAM, June 4 (Reuters) – KLM, the Dutch branch of Air France-KLM, said it would not bring more passengers on Saturday from European destinations to Amsterdam’s Schiphol Airport, the main hub.

The airline, which had already canceled dozens of flights to ease traffic congestion at the airport, said weather conditions and runway maintenance prevented many planes from taking off and landing.

“This decision will enable as many passengers as possible stuck at Schiphol to travel on Saturday and KLM to carry out as many flights as possible on Sunday,” the company said in a statement.

Schiphol, Europe’s third busiest airport, has struggled with overcrowding due to a lack of security personnel. Earlier this week, the airport agreed to increase staff salaries over the summer period and to hire more personnel. read more