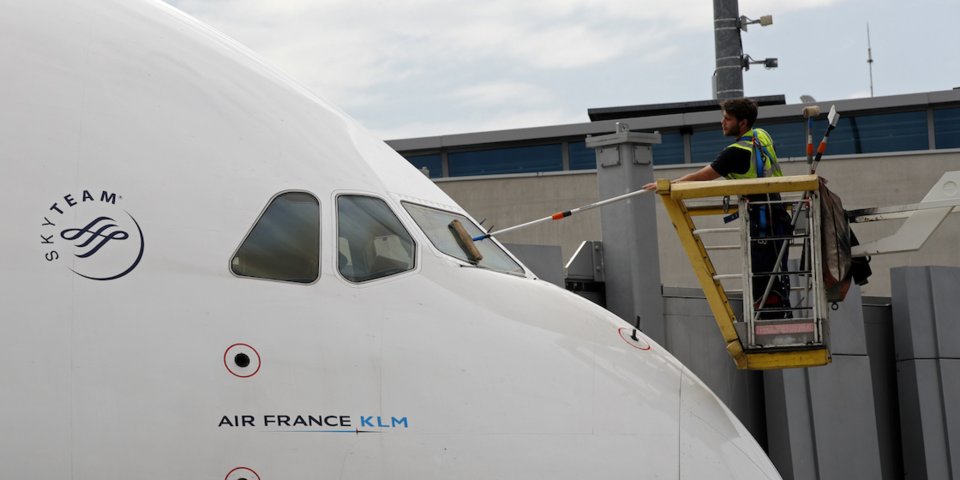 Royal Dutch Airlines (KLM) faces criticism after asking a woman who is breastfeeding to cover up to "be respectful of people from other cultures."

Shelby Angel had nursed her one-year-old daughter on a flight in San Francisco-Amsterdam last month when a female airline attempted to give her a blanket, Angel wrote on a Sunday Facebook post.

Read more: American Airlines put a doctor pack a blanket around himself because an airline found her summer equipment "inappropriate"

Angel said her daughter is "a busy toddler who doesn't like being I do my best to be discreet, but sometimes show some skin. "

She says the named air traffic controller told her:" If you want to continue breastfeeding, you must cover yourself. "

Angel said she complained to KLM after the trip, and was told that she had to "be respectful" of other cultures.

"I was told I needed to be respectful of people from other cultures and that this aviator's response was in line with company policy," said Angel. She said that KLM showed that it has "ancient values ​​that are ashamed of women's bodies."

She added that she had never received any complaints from airline companies or passengers about the past about breastfeeding.

In a Wednesday, KLM tweet that it allows for breastfeeding on flights, but pointed out that "we may request that a mother cover himself while breastfeeding, other passengers should be offended by this."

Airlines such as Delta Air Lines, American Airlines and Virgin Atlantic allow for breastfeeding on planes. Many others do not have official guidelines, but train their crew to help nursing mothers.

Last year, EasyJet apologized after a male airline asked a British passenger to be "discreet" while breastfeeding her son, despite the fact that the airline's policies explicitly allow women to breastfeed without disturbance.

Earlier this week, KLM apologized for a tweet from one of his verified regional accounts that said where in a plane you would most likely survive a crash.