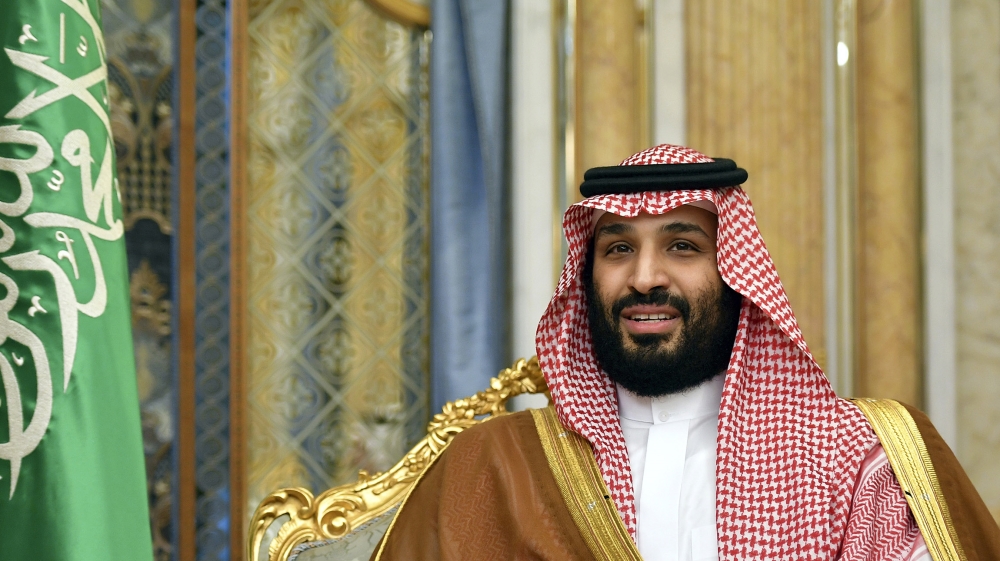 Investors can withstand a lot when there are deals to be made and money to be made. With regard to Saudi Arabia, the government's human rights abuses at home and abroad failed to deter the titans of global capitalism from falling crown prince Mohammad bin Salman (MBS) as he stepped up his grand Vision 2030 plan for diversification the kingdom's economy away from oil.

Until the Saudi journalist Jamal Khashoggi was assassinated.

Khashoggi's killing at the Saudi Consulate in Istanbul a year ago this week proved just how powerful a deterrent reputation risk has become in an "awakened" age. When details of Khashoggi's murder were dropped via Turkish media to a shocked global audience, usability A-lists saved in crowds from Saudi Public Investment Fund (PIF) annual summit "Davos in the desert". Top executives like the boycott sent lower rankings instead of them.

If the absence of lecturers on the website for this year's investment peak later in October is something to go, The brightest stars in the business may have concluded that a photo-op with MBS is something they still could do without for now.

Like most scandalous episodes, but the more time passes, the more investors seem willing to look past the Khashoggi case, even though the US intelligence concluded that MBS had ordered the murder of Khashoggi. This finding did not stop US President Donald Trump from praising MBS during the July G20 summit.

But as reputational risk declines, a new set of threats g emerges, casting doubt on the nation's ability to get investors to buy into MBS's Vision 2030 on the scale needed to determine Saudi Arabia in a new, more sustainable economic direction.

Successful diversification away from oil is related to Riyadh reinvesting rich fossil fuel in future growth industries and convincing the private sector both foreign and domestic to invest in the kingdom.

Investor appetite in April for the $ 12 billion debut band oil giant Saudi Aramco was fierce. The state's rehabilitation got another shot in the arm in September when the world's largest fund manager, BlackRock, announced that it had opened an office in Riyadh.

Several good news fell on Monday as government figures showed that non-oil economic growth in the second quarter of this year accelerated at its fastest pace since 2015. And a leader from state oil giant Saudi Aramco announced on Monday that full oil production and capacity had returned to the levels they were at before the September 14 attacks on Aramco's facilities.

"During September 25, we were able to restore all our capacity before the attacks," said Aramco's chief of arms, Ibrahim Al-Buainain, at a conference in the United Arab Emirates.

But not every Monday news was positive for the kingdom. Overall, Saudi Arabia's economic growth slowed to just 0.5 percent in the second quarter, mainly due to falling oil production. The anemic growth rate aroused talk of recession.

There was also several disappointing news on Monday for Softbank Group's Vision Fund, where the Kingdom's PIF has a $ 45 billion stake. Vision Fund invests in tech-oriented startups, the kind of industries that are crucial to the nation's diversification efforts, but which mark a radical departure from the government's previously conservative approach to investment.

On Monday, one of the Vision Fund's flagship investments, We Company, the parent of the collaborative startup WeWork, abandoned the plans for an initial public offering (IPO). The move came as no surprise after a few weeks' punishment that got We Company's founder removed from his role as CEO. Analysts question the company's business model and report that the startup had valued a valuation as low as $ 10 billion to $ 12 billion before knocking out flotation plans. In January, Softbank had invested in We Company valued at $ 47 billion.

The We Company collapse was not the only investment in the Vision Fund that disappointed this year. Two other high-profile names in the startup portfolio including ride-sharing giant Uber Technologies and messaging platform Slack Technologies Inc have both underestimated since making their stock market debuts.

"While the jury is still looking for the long-term results, the problem with risky investment strategies is that they sometimes lose money," he told Al Jazeera.

Monday's most painful stomach punch to Vision 2030 was arguably delivered by New York-based rating agency Fitch, which downgraded Saudi Arabia's credit rating to A from A +. Fitch cited rising geopolitical and military tensions in the Gulf and the "vulnerability" to the nation's economic infrastructure for the weak downgrade.

"Although oil production was fully restored at the end of September, we believe there is a danger of further attacks on Saudi Arabia, which could lead to economic damage," Fitch said.

14. The September attack on Aramco's oil plant at Abqaiq and Khurais was not the first in Saudi's oil sector, but it was the most offsetting. And investors were prepared for maximum scrutiny, given that it happened less than a week after the kingdom's newly installed Energy Minister Prince Abdulaziz bin Salman had raised expectations that Aramco's long-awaited IPO would happen before the year was out.

The Aramco IPO, which the Saudis are pushing on with, is a linchpin of Vision 2030's plan to plow huge sums of oil into new industries.

Prior to this latest attack, analysts and energy experts had already emphasized the $ 2 trillion valuation MBS hoped to achieve for the company. Many people estimated the $ 1.5 trillion was a more realistic figure, given the outlook for oil prices and the growing pressure on climate activists forcing authorities to aggressively tackle greenhouse gas emissions.

There was also the question of how much the Saudi authorities were willing to reveal about their biggest spins.

"Private investors are unlikely to be given the kind of information about Aramco that they expect on a private IPO," Gause said. "It may reduce investors' appetite for the shares."

To get that appetite, Aramco announced on Monday that it would increase its dividend payout by 2020. If it fails, the kingdom is also pushing the rich Saudis to step up and take a stake in strengthening valuation.

Such strong-arm tactics can work. But forcing investors to buy a vision is not the same as convincing them.