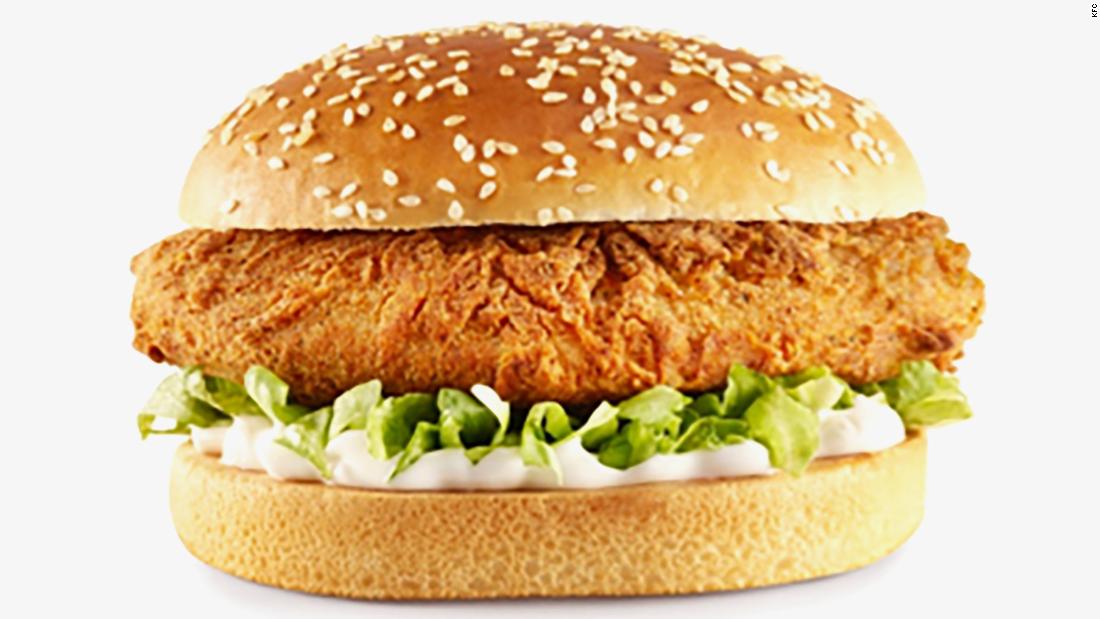 The fast food chain calls its first plant-based offering "The Imposter." The burger, who uses a Quorn fillet and vegan mayo, will be sold at selected restaurants for four weeks from June 17.

Quorn is a meat substitute that gets the protein content from a fermented fungus. KFC describes burger as "a triumph of deception".

KFC is the latest in a series of restaurant chains and food producers to try to capitalize on the public's growing appetite for meat alternatives.

Earlier this week, Burger King announced that it expanded the distribution of their popular meat-free burger Impossible Whopper to 100 locations in the San Francisco Bay Area.
In May, McDonalds launched a meat-free burger in stores in Germany, one of the world's largest international markets.
The trend is growing faster than many observers believe consumers are seeking meat alternatives to diversify their diets or reduce their environmental footprint.

Globally, the retail market for meat substitutes can grow from around $ 18.7 billion in 2018 to $ 23 billion in 2023, according to Euromonitor International.

A producer, Beyond Meat ( BYND ) who had a successful IPO in May, reported last week that sales reached $ 40.2 million in the first quarter of 2019 , an increase of 215% from the same period the year before.

The company expects total revenues to exceed $ 210 million this year, up over 140%.

"We are confident that it will be a great success with the skyrocketing number of vegans, vegetarians and flexitarians around the UK," said Dawn Carr, director of vegan business projects at PETA.