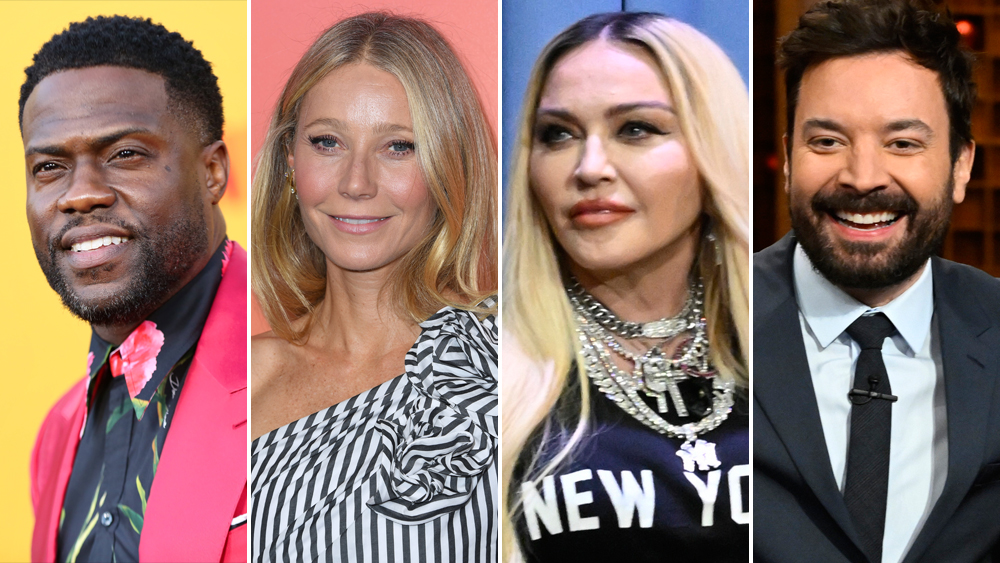 It seems that a good old-fashioned celebrity endorsement has become a little more charged when it comes to today’s digital marketplace.

Less than a month after the likes of Larry David, Tom Brady, Gisele Bundchen, and Stephen Curry were sued for bringing their well-compensated star power to bear on the now-collapsed cryptocurrency firm FTX, a new class action lawsuit filed in federal court aims to take Golden State Warriors superstar and a pantheon of big names to the financial woodshed over shilling Bored Ape Yacht Club NFTs for hidden gains.

It̵[ads1]7;s an act that uncomfortably turns the spotlight not only on Curry again, but also Kevin Hart, Madonna, Jimmy Fallon, Justin Bieber, Paris Hilton, Serena Williams, DJ Khaled, Gwyneth Paltrow and more. Along with Universal TV also being named as a defendant, high-profile music executive Guy Oseary is specified as the mastermind behind the entire alleged big-money scam.

“The defendants’ advertising campaign was very successful, generating billions of dollars in sales and resales,” states the lawsuit by Adonis Real and Adam Titcher filed Dec. 8 in US District Court in California. “The manufactured celebrity endorsements and misleading campaigns regarding the launch of an entire BAYC ecosystem (the so-called Otherside metaverse) were able to artificially increase the interest and price of the BAYC NFTs during the relevant period, causing investors to buy these losing investments at drastically high prices,” the jury trial adds to the 10-claim lawsuit ( read it here ).

Mainly on their various platforms, through public statements and in Fallon’s case on The Tonight Show in late November 2021, celebrities praised Yuga Labs backed BAYC NFTs to the public by claiming to be customers themselves. Now, the allure of non-fungible tokens may have dampened considerably (a.k.a. nosediving) in recent months, but for BAYC buyers who jumped on board last year, they quickly found themselves “losing investments at drastically inflated prices.”

“The truth is that the company’s entire business model relies on using insidious marketing and promotional activities by highly compensated A-list celebrities (without disclosing such) to increase demand for the Yuga securities by convincing potential retail investors that the price on these digital assets will appreciate”, says the 95-page fraud complaint.

With Oseary-backed crypto company Moonpay working with Yuga to covertly drop payments to the promoting A-list talent, the whole scheme saw Hart, Fallon, Paltrow give BAYC NFT’s stamp of approval without the celebrities disclosing the often high compensation they received.

“During the Class Period, Defendants engaged in a plan, scheme, conspiracy, and conduct in which they knowingly or recklessly engaged in acts, transactions, practices, and business courses which operated as fraud and deceit upon Plaintiffs and other members of the Class,” the filing declares. “In truth, the executive defendants and Oseary used their connections to MoonPay and its service as a covert way to compensate the promoter defendants for their promotions of BAYC NFTs without disclosing it to unsuspecting investors,” it adds.

A spokesperson for Comcast-owned Universal TV said the company does not comment on legal matters. “In our view, these claims are opportunistic and parasitic,” a Yuga Labs spokesperson said in a statement today. “We strongly believe they are without merit, and look forward to proving it.”

Represented by San Diego-based attorney John T. Jasnoch, plaintiffs Real and Titcher have defined the potential class in what could be a very costly action as all those who invested in Yuga Financial Products between April 23, 2021 and now. They are looking for “actual, general, special, incidental, statutory, punitive and consequential damages and restitution.”

And it will be in cold, hard-printed US Treasury cash, not crypto, if you know what I mean?

Netflix’s new rules for sharing passwords, explained one by one – Vulture

Netflix’s new rules for sharing passwords, explained one by one – Vulture