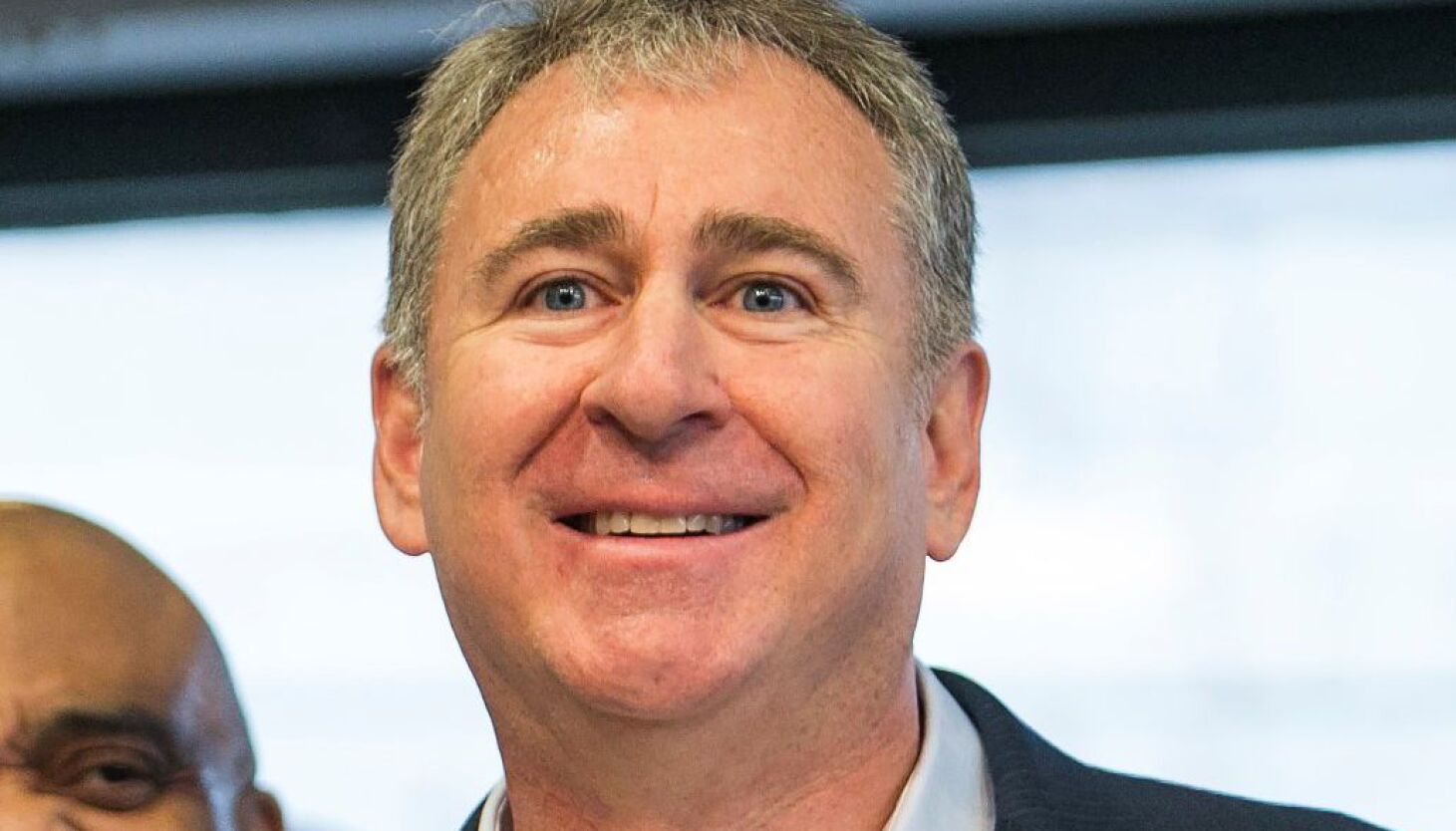 Ken Griffin, the richest Illinoisan, takes his family, billions of dollars and companies and leaves Chicago.

He made the announcement Thursday in a note to employees. Griffin said the headquarters of his Citadel hedge fund and his trading company, Citadel Securities, would move to Miami, what he called a “vibrant, growing metropolis embodying the American dream.”

The move is expected to take several years. The companies have more than 1[ads1],000 employees in Chicago, and although some are expected to remain, it is unknown how many.

Griffin’s announcement said he has moved the family to Miami. He offered no farewell to Chicago or Illinois, but has been frugal in his comments about rising crime in the city center and about local tax and regulatory policies. He has been making threats to leave for several months.

With a net worth estimated by Forbes at more than $ 25 billion. Griffin has been Chicago’s leading philanthropist, donating around $ 500 million to local causes with plans to donate more, but he has also become known for his large spending on politicians. He has dumped $ 50 million into the campaign of Richard Irvin, who ran in the Republican primary for governor, but did poorly in a recent Sun-Times / WBEZ poll.

“Chicago will continue to be important for the future of the Citadel, as many of our colleagues have deep ties to Illinois,” Griffin said in a note to employees. “Over the past year, however, many of our Chicago teams have asked to relocate to Miami, New York and our other offices around the world.”

Griffin called Chicago a “remarkable home” for the Citadel, and he praised previous support from political leaders and business leaders. But he has said in other forums that rising crime has made it more difficult to attract top talent to the Citadel, which has resulted in companies increasing the number of employees in other cities while trimming it in Chicago.

He said the new headquarters will be in Brickell Bay, Miami’s business district. Citadel said it has retained Chicago developer Sterling Bay to manage the project. It is planned to rent space in Miami until the building is completed. Griffin was not made available for an interview.

His announcement comes on the heels of the Chicago region losing the headquarters of Boeing and Caterpillar, a worrying trend balanced by some news this week that one of three companies that grain and snack producer Kellogg will split into, the largest, will have a base in Chicago. And in a victory for the city at the expense of the suburbs, Abbott said it would move 450 headquarters workers to downtown Lake County.

In April, Griffin elaborated on the criminal case in an interview with the Wall Street Journal. “If people are not safe here, they will not live here,” he said. “I have had several colleagues robbed with weapons. I have had a colleague stabbed on the way to work. Countless problems with burglary. I mean, it’s a very difficult backdrop to draw talent to your city from. “

Griffin has said that carjackers seized his safety details but were unable to get hold of his vehicle.

Citadel leaders have cited crimes near the homes of several employees and also noted that the headquarters at 131 S. Dearborn St. was vandalized during the riots in the city center in 2020.

Griffin has attacked Governor JB Pritzker for not having a strategy to deal with the crime wave. It has become an Illinois war for billionaires, with Pritzker spending millions in his own right to campaign for re-election.

A spokeswoman for Pritzker, Emily Bittner, did not directly address Griffin’s resignation. She said: “Countless companies are choosing Illinois as their home, as we continue to lead the nation in corporate relocation and had a record number of business start-ups in the past year.”

Mayor Lori Lightfoot’s office said: “Citadel leadership has for some time been signaling an improved presence in Florida, and while this announcement is not surprising, it remains disappointing. We thank the Citadel team for their contribution to our city and their many philanthropic “We know that the Citadel will maintain a significant presence in Chicago, and their history would not have been possible without the great strength of the city.”

But factors other than crime can come into play. Florida has no state income tax, which will benefit all workers who choose to relocate, but especially those with high wages. It is also possible that Griffin will find Sunshine State’s policies more to his liking.

Griffin was born in Daytona Beach, Florida, and later moved to Boca Raton, nearer Miami. Several media outlets have reported on his habit of buying ultra-expensive homes in areas where the Citadel has offices, including several properties on Miami’s Star Island. The Wall Street Journal in 2020 said his various purchases were worth more than $ 1 billion.

Locally, evidence of his consumption remains in other ways. With its $ 125 million donation in hand, the Museum of Science and Industry has said it will name itself after Griffin, even though it has not implemented that change. There was no message from the museum as to whether Griffin’s departure from Chicago would affect that plan.

He supported the University of Chicago’s Crime Labs research on the cause of violence. Griffin paid for the construction of 50 miniature football fields across the city and made it possible to separate cyclists and runners along the Lakefront Trail. His greatness supported food donation programs during the pandemic.

Griffin founded the Citadel Hedge Fund in Chicago in 1990. It became one of the most successful alternative investment funds for wealthy people and institutions. The company said it has continued to perform well this year despite a bear market, with assets up 13% through May.

Hans Citadel Securities, founded in 2002, has become the world’s best market maker, which is companies that are tasked with continuously buying and selling shares to ensure easy trading. In January, the company received an external minority investment that valued the entire company at $ 22 billion.

Citadel says Ken Griffin has donated more than $ 600 million to educational, cultural, medical and community organizations over the past 30 years.

Some of his donations:

May 2022 – $ 25 million to launch two academies at the University of Chicago that will provide six months of training to police leaders here and across the country and to people who run violence groups.

March 2020 – Griffin and partners in his finance companies donated $ 1 million to Chicago Public Schools and $ 1.5 million to the Chicago Food Pantry to deliver breakfast and lunch to city children at home while their schools are closed due to the pandemic.

April 2018 A $ 10 million scholarship from Griffin signed the collaboration between the Chicago Police Department and the University of Chicago Crime Lab through 2019, with some of the money for an “innovation fund.” The money also helped improve the services for officers, including training, stress management and mental health care.

December 2017 – The Kenneth C. Griffin Charitable Fund donated $ 3 million to pave the way for the construction of 50 miniature football fields across the city over the next five years. The announcement was made at Gage Park as part of a nationwide campaign by the US Soccer Foundation known as “It’s Everyone’s Game.”