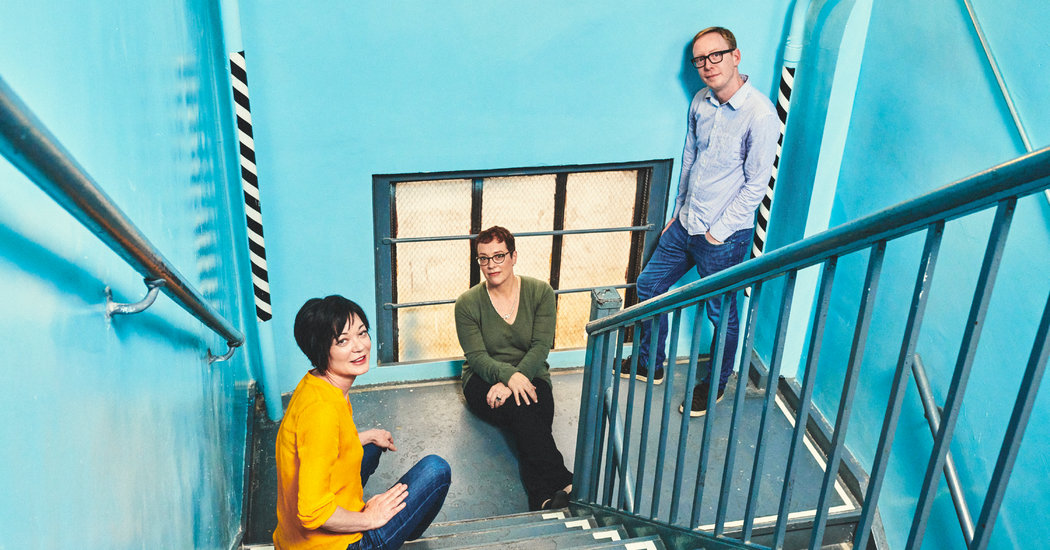 In the past year, research journalist Julia Angwin has been busy building The Markup, a nonprofit news center dedicated to researching technology and its effects on society.

Markup traveled over $ 23 million in finance, a testament to the reputation that Ms Angwin, the chief's editor and another of the founders, Jeff Larson, had established through his work at ProPublica, which they left last year. But Monday night, Mrs Angwin was fired from The Markup via email, just months before the site's scheduled July start date.

Ms. Angwin said in a letter to Craig Newmark, the Craigslist founder and site's largest donor, that she was squeezed out by Sue Gardner, The Markup's third co-founder, who is also the CEO and former director of the Wikimedia Foundation. 1

9659002] Ms. Gardner wanted to change the site's goal of arguing against technology companies instead of "producing meaningful data-centered journalism on the impact of technology on society", Mrs Angwin wrote in the letter, which was achieved by The New York Times.

"There is no change in the mission or purpose of The Markup," she said in response to questions from The Times. "We are clean and simple, a news outlet, we have always been and always will be. Our goals and purposes have not changed."

She added, "We shall not talk about the circumstances of Julia Angwin leaving the Markup , because we do not talk about personnel or HR issues as usual practice. . "

Mr. Larson, who will succeed with Mrs Angwin as chief editor, said in an email that "The Markup was trying to meet with Ms. Angwin personally, and discussions about her role had been going on for some time. This was not abrupt."

Ms. Angwin's departure is a surprise to people in and outside the approximately 15-person organization. Her website credentials and vision helped attract interest from journalists, other media and donors, including a $ 20 million gift from Mr. Newmark.

While Ms Angwin was at ProPublica, the site became known as "big tech's scariest watchdog." Before joining ProPublica, she worked at The Wall Street Journal, where she led a privacy investigation team and was part of a group who won the Pulitzer Prize. She has also written two books, one of which was about privacy.

"I'm devastated to be forced out of the organization I'm going to pursue rigorous, evidence-based technical responsible journalism," Angwin said in an email statement. "I will continue to pursue this mission and hope to find other ways to help build this field."

The seven members of Markup's editorial staff sent the management and Mr. Newmark a letter supporting Mrs Angwin on Monday, and said: We joined The Markup because we believe in Julia Angwin's work. "The letter was posted on Twitter on Tuesday.

Mr. Newmark did not respond to a request for comment.