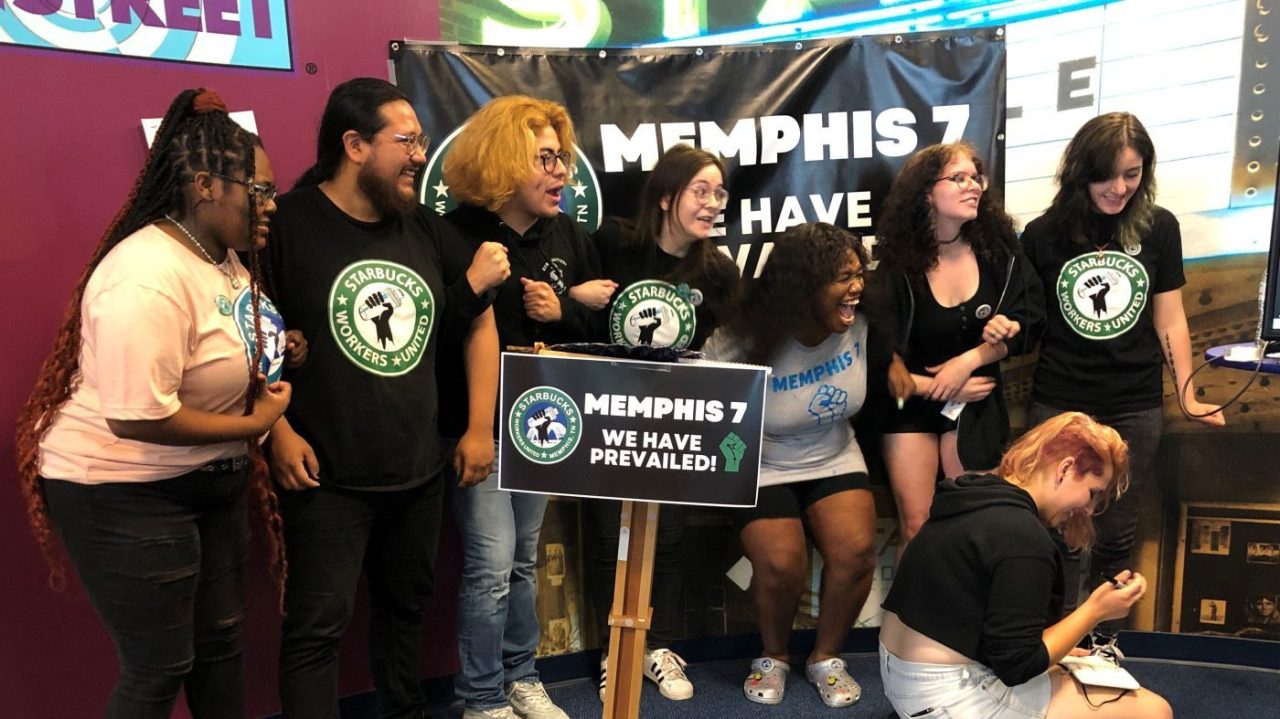 A federal judge on Thursday ordered Starbucks to reinstate seven employees at a Memphis store after finding the company illegally retaliated against them for helping organize a union.

U.S. Western District Judge Sheryl Lipman told Starbucks it had five days to reinstate the employees, known as the “Memphis Seven,” who the coffee chain said it fired on February 8 for earlier violations of safety policies, which which led to a complaint by the National Labor Relations Board (NLRB).

“Today’s federal court decision ordering Starbucks to reinstate the seven illegally fired Starbucks workers in Memphis is a crucial step in ensuring that these workers, and all Starbucks workers, can freely exercise their right to join together to improve their working conditions and form a union,”[ads1]; NLRB General Counsel Jennifer Abruzzo said in a statement.

“Starbucks and other employers should note that the NLRB will continue to vigorously protect workers’ right to organize without interference from their employer,” she added.

The dismissals included five of the store’s six members of the union’s organizational committee and two others involved in the work.

On the day of the alleged policy violations, employees said they handed out union authorization cards and sat down in the store with a television news crew about the union’s organizing efforts. The organizing committee had publicly published a letter addressed to the company’s managing director about the union a day in advance.

The NLRB claimed that Starbucks fired the employees based on policies it did not consistently enforce, saying it was a pretext for the company’s opposition to the union.

“We are more than grateful that the federal court ruled in our favor, and this just shows that Starbucks will do everything in their power to silence us,” said Nabretta Hardin, a lead organizer at the store that closed, in a statement.

The judge also agreed with the NLRB’s claims that Starbucks violated federal labor laws in the run-up to the firing, which it said included violations ranging from increased monitoring by management during organizing efforts to removing pro-union literature from store bulletin boards. .

“We strongly disagree with the judge’s ruling in this case,” Starbucks said in a statement, adding that it planned to appeal and request a stay of the ruling to delay reinstatement until after the review is complete.

“These individuals violated numerous policies and failed to maintain a safe work environment and safety standards,” the statement continued. “Interest in a union does not exempt partners from following policies that are in place to protect partners, our customers and the communities we serve.”

A Starbucks store in Buffalo became the first location in the United States to organize in December. In court, employees at the Memphis store said they began organizing after hearing about Buffalo union efforts.

The coffee chain has since seen dozens of stores attempt to organize, with some organizing efforts leading to other lawsuits in locales across the country.