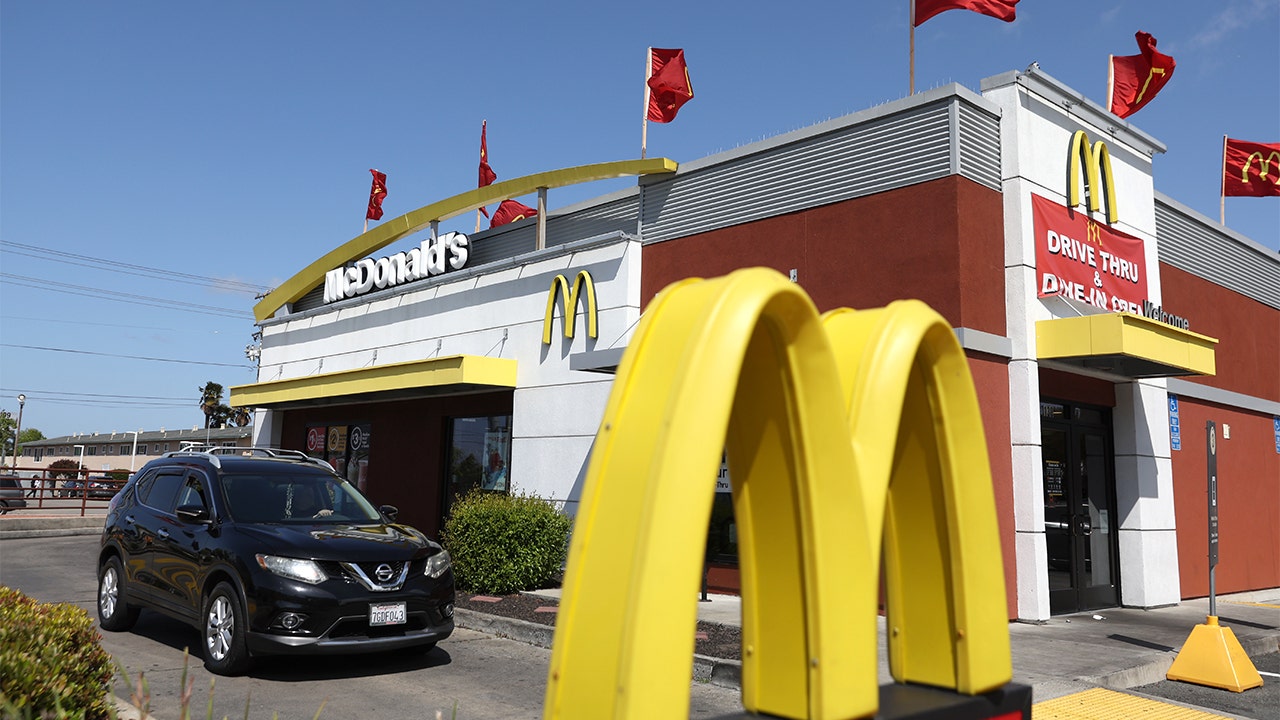 A Sacramento Superior Court judge ruled Friday to block a California bill that would give the state the authority to negotiate wages and working conditions for fast-food workers.

The bloc is dependent on the outcome of a proposed referendum pushed by fast food giants to stop the proposed changes.

The Fast Food Accountability and Standards Recovery Act (“FAST”) has seen significant pushback from restaurateurs and franchisees as workers̵[ads1]7; unions fight to give the state a seat at the table in wage negotiations.

A sign is posted in front of a McDonald’s restaurant on April 28, 2022 in San Leandro, California. (Justin Sullivan/Getty Images/Getty Images)

The law will establish a council with 10 members who are able to set the minimum wage and parameters for working hours at fast food restaurants in the state.

Restaurant industry interest groups are seeking a referendum in November 2024 to kill the legislation.

Election officials have not yet finished counting signatures on the referendum proposal, but if a sufficient amount is tallied, the court’s order would stop the law from taking effect before Californians can weigh in.

California’s Department of Industrial Relations will begin enforcing the law on Sunday pending a successful reform petition. However, concrete salary negotiations will probably not start until late next year.

The Service Employees International Union was a key champion of the legislation.

The union has accused McDonald’s, Chipotle and other chains by name of disregarding the welfare of workers for the sake of business interests.