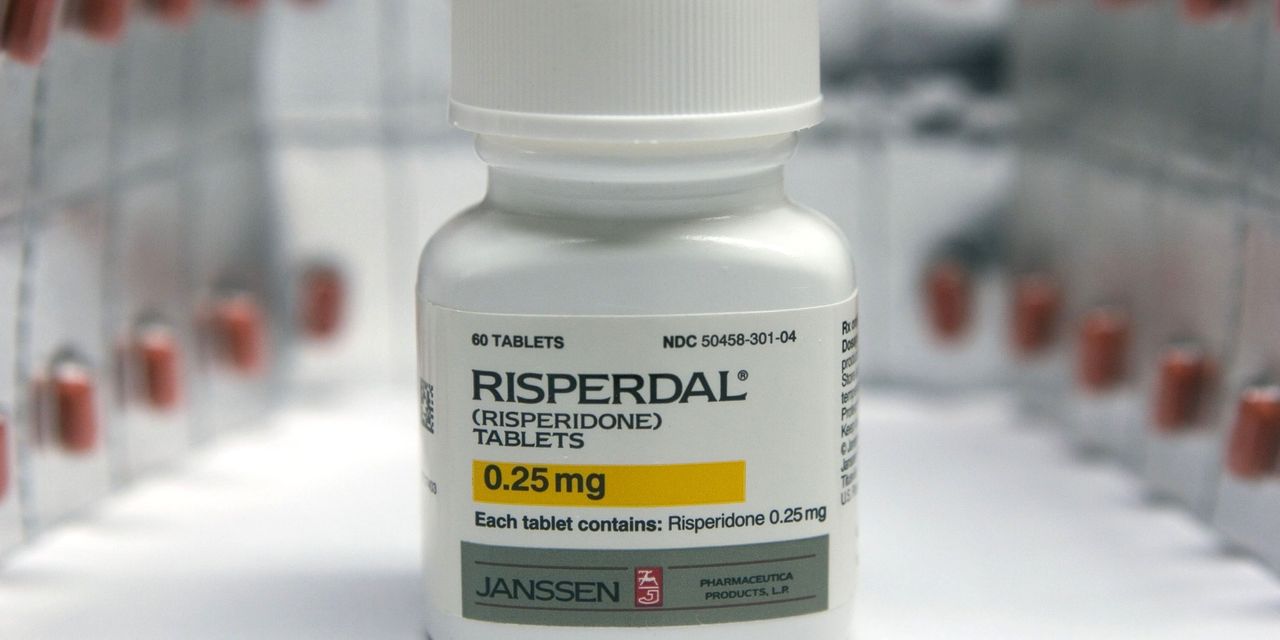 to pay $ 8 billion in damages to a Maryland man who said his use of J & J's antipsychotic Risperdal as a child caused enlarged breasts and the company failed to warn of this risk in the right way.

the largest award so far among more than 13,000 lawsuits against J&J alleging that Risperdal caused a condition called gynecomastia in boys, which involves breast tissue enlargement. The lawsuits generally claim that J&J was aware of the risk of this side effect, but underestimated the risk of doctors.

It is also the latest in a series of costly legal setbacks for J&J in a series of lawsuits alleging product and other claims. In August, a Oklahoma judge ordered the company to pay $ 572 million to have contributed to the state's opioid addiction crisis.

J&J has denied the allegations and seeks to appeal the baby powder and opioid decisions. Last week, J&J said it agreed to pay $ 20.4 million to settle lawsuits filed by two Ohio counties that allege the company helped raise the opioid epidemic; the company did not admit liability.

The last verdict stems from a case brought by

5, a Philadelphia jury awarded $ 1.75 million in damages, which a judge reduced to $ 680,000, but the judge had prevented the jury from awarding the penalty at that time.

A court of appeal later overturned the judge's decision on punitive damages, and cleared the way for the criminal case phase of the trial starting in September, which ends with Tuesday's verdict.

J&J, based in New Brunswick, NJ, said in a statement Tuesday that it will immediately move "to set this aside excessive and unfounded judgment. "The company said the amount was" grossly disproportionate "to the original $ 680,000 compensatory award, and it is certain the verdict will be reversed.

J&J said it was barred from presenting meaningful defense because of the court's exclusion of key evidence, and the Risperdal prescriptive label outlining its risks.

said in a statement that the jury "astoundingly told Johnson & Johnson that the actions were deliberate and malicious." patent exclusivity in 2008.

Write to Peter Loftus at peter.loftus@wsj.com