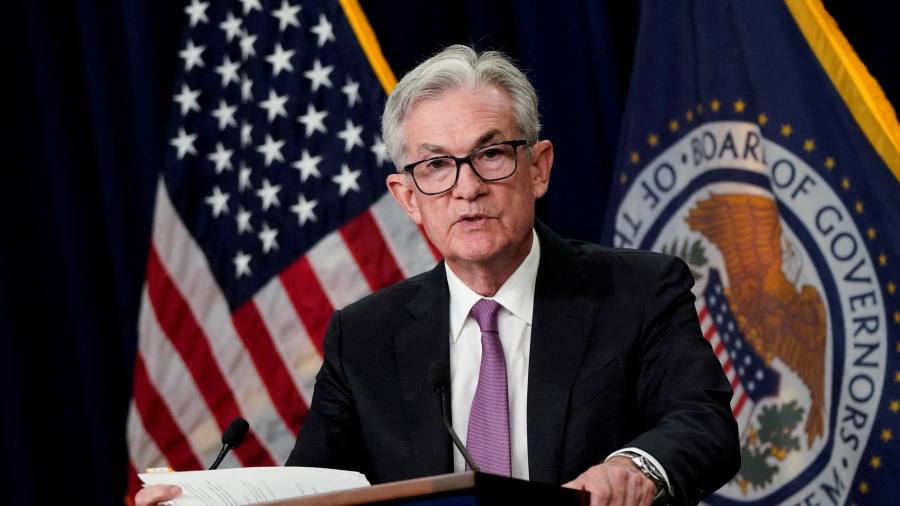 Jay Powell declared that the Federal Reserve “must hang in there until the job is done” as he used a speech in Jackson Hole to deliver his most hawkish message yet about the US central bank’s determination to tame rising inflation by raising interest rates.

In a much-anticipated speech, the Fed chairman said that successfully reducing inflation is likely to lead to lower economic growth for “a sustained period”. To do that, interest rates must remain at a level that limits growth “for a while,”[ads1]; he warned.

The US stock market fell sharply after Powell spoke, with the benchmark S&P 500 falling 2.2 percent and the tech-heavy Nasdaq Composite falling 2.7 percent.

Powell predicted that there would “very likely be some softening of labor market conditions” and “some pain” for households and businesses. “A failure to restore price stability will mean far greater pain,” he added.

Interest rates on short-term US government debt rose. The interest rate on the policy-sensitive two-year government bond increased by 0.04 percentage points to 3.41 percent. The yield on the 10-year note – which moves with growth and inflation expectations – was little changed at 3.02 per cent. Interest rates rise when a bond price falls.

Powell’s speech contrasted with his message at last year’s Jackson Hole symposium, when he predicted that rising consumer prices were a “transient” phenomenon stemming from supply chain-related problems. It has since become clear that inflation is demand-driven and therefore likely to persist longer.

“We are taking strong and swift steps to moderate demand to better match supply and to keep inflation expectations anchored,” Powell said.

The Fed chair recalled the lessons of the 1970s, when the US central bank presided over a period of turmoil after it made several policy mistakes and failed to curb inflation. That forced Paul Volcker, who became Fed chairman in August 1979, to strangle the economy and cause more pain than would have been necessary if officials had acted more quickly.

The main lesson from that period was that “central banks can and should take responsibility for delivering low and stable inflation,” he said, reiterating the Fed’s “unconditional” commitment to tackling inflation.

He also highlighted the risk of inflation remaining too high for too long, setting off a chain reaction with people expecting further price rises.

“The longer the current struggle with high inflation continues, the greater the chance that expectations of higher inflation will take hold,” he warned.

Financial markets have rallied in recent weeks amid expectations that the Fed may ease its efforts to curb demand as economic data worsened further and concerns grew over the risk of being too heavy-handed.

Fed officials are debating whether a third increase of the same magnitude will be necessary at the September meeting, or whether they should opt for a half-point increase instead.

Powell’s comments prompted traders to shift bets on how high policymakers will eventually raise interest rates. Futures markets on Friday suggested the Fed would raise the federal funds rate as high as 3.82 percent by next March.

Futures markets also suggested that traders accepted that the central bank could keep this interest rate higher for longer. That marked a noticeable departure, given investors had been reluctant to bet that the Fed would keep interest rates high in the face of a slowing economy.

Powell said that at some point it would be appropriate to slow down the pace of rate hikes. But he dismissed recent data showing a slight easing in inflation as insufficient, adding: “A single month’s improvement falls far short of what the committee needs to see before we are confident that inflation is coming down.”

Most officials say they can bring inflation under control without causing a painful recession. That runs counter to the consensus view among Wall Street economists, who are predicting at least a mild recession sometime in the next year.

Economists also expect the US unemployment rate to rise above the 4.1 percent expected by FOMC members and regional bank presidents in June. Unemployment, a bright spot when the economic picture darkens, is at a multi-decade low of 3.5 percent.