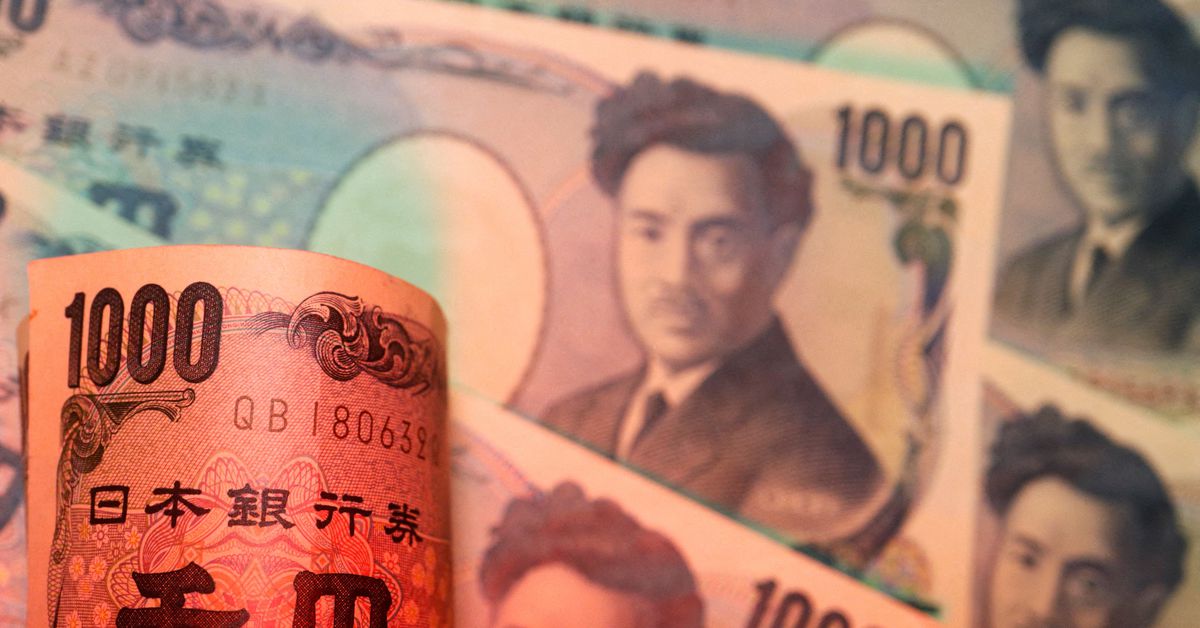 The yen’s selloff is hurting the world’s third-largest economy by driving up already high import bills and challenging the Bank of Japan’s commitment to ultra-low interest rates in the face of rapid global monetary tightening to fight rampant inflation.

The Japanese currency jumped 4 yen to 145.28 per dollar in early Asian trade on Monday, suggesting the authorities had stepped in for a second straight day after a similar move by Tokyo on Friday.

“We will not comment,” Masato Kanda, deputy finance minister for international affairs, told reporters at the Ministry of Finance (MOF) when asked if they were intervening again on Monday.

“We are monitoring the market 24/7 while taking appropriate responses. We will continue to do so from now on as well,” said Kanda, who oversees Japan’s exchange rate policy.

However, the yen failed to hold on to early gains and briefly hit a low of 149.70 per dollar as markets continued to focus on the widening gap between the Bank of Japan’s ultra-easy monetary policy and plans for steady rate hikes by the US Federal Reserve. It was last around 148.80.

“In past crises involving the British pound and the Italian lira, authorities have ended up failing to defend their currencies. Likewise, Japan’s stealth intervention has only limited effects,” said Daisaku Ueno, chief currency strategist at Mitsubishi UFJ Morgan Stanley Securities .

“Dollar strength is the biggest factor behind the weak yen. If the US shows signs of peaking rate hikes and even cut rates, the yen would stop weakening itself without intervention.”

That’s much larger than the roughly 2.8 trillion yen Japan spent to prop up the currency on Sept. 22, which was the first yen-buying, dollar-selling intervention since 1998.

The yen’s plight puts the BOJ in the spotlight as it meets for a two-day interest rate meeting that ends on Friday, when it is widely expected to maintain ultra-loose monetary policy.

With relatively modest inflation and the economy unable to shift into a faster gear, the central bank is wary of raising interest rates and risks triggering a recession.

“It is desirable for inflation to stably achieve our 2% target accompanied by wage increases,” Kuroda said, stressing the need to continue supporting the economy with ultra-low prices.

The Fed, which meets the following week, is widely expected to raise interest rates again as it focuses on fighting red-hot inflation.

The widening interest rate differential between the US and Japan is likely to keep pressure on the yen, which has fallen more than 20% against the dollar this year.

Japanese authorities confirmed they entered the market when it intervened on 22 September. Since then, authorities have been silent on whether they made any further attempts to support the currency, including on Friday, when Tokyo likely carried out stealth intervention.

At $1.33 trillion, Japan’s foreign reserves give it enough firepower to intervene many times over, but traders doubt Tokyo will be able to reverse the yen’s downtrend on its own.

“We absolutely cannot tolerate excessive movements in the currency market based on speculation,” he told reporters at the finance ministry. “We will respond appropriately to excess volatility,” he said, a view echoed by Prime Minister Fumio Kishida in parliament later Monday.