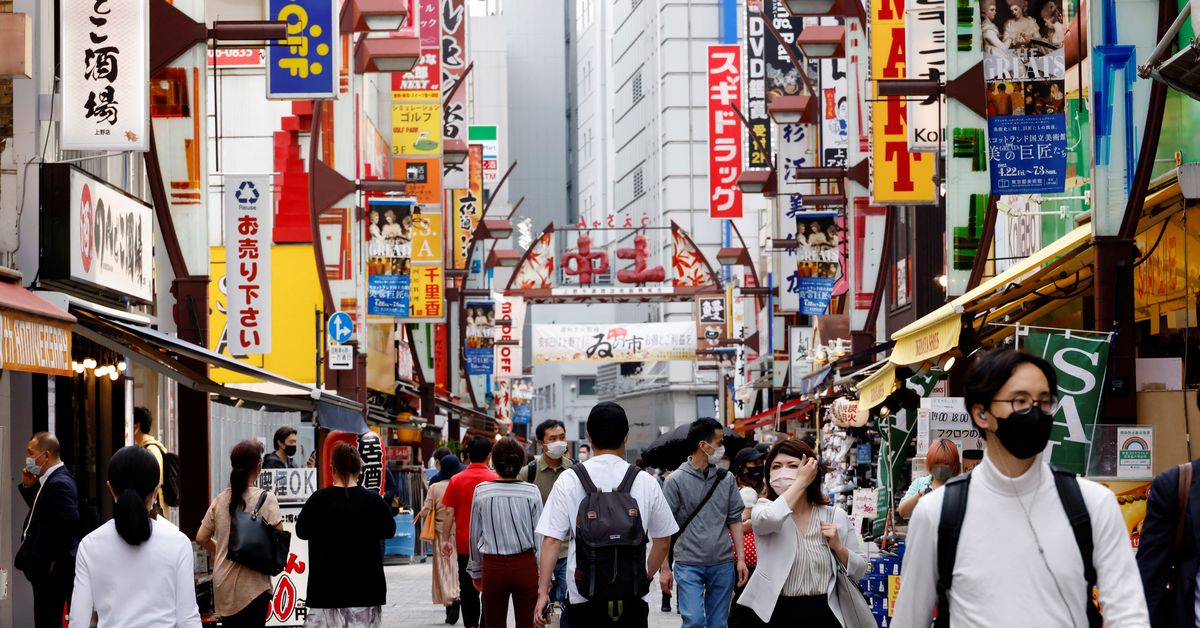 TOKYO, Oct 21 (Reuters) – Japan’s core consumer inflation rate accelerated to a fresh eight-year high of 3.0% in September, challenging the central bank’s resolve to keep its ultra-easy policy stance as the yen’s slide to a 32-year low continues. to push up import costs.

The inflation data highlights the dilemma facing the Bank of Japan as it tries to shore up a weak economy by maintaining ultra-low interest rates, fueling an unwanted fall in the yen.

The rise in the nationwide core consumer price index (CPI), which excludes volatile fresh food but includes fuel costs, matched a median market forecast and followed a 2.8% increase in August. It remained above the BOJ’s 2.0% target for the sixth month and was the fastest increase since September 2014, data showed on Friday.

Rising price pressures in Japan and the yen’s fall below the key psychological barrier of 150 to the dollar are likely to keep alive market speculation about an adjustment in the Bank of Japan’s dovish stance in the coming months.

“The current price increases are mainly driven by rising import costs rather than strong demand. Governor Kuroda may maintain the policy for the rest of his term until April, although the key is whether the government will tolerate it,” said Takeshi Minami, chief economist at the Norinchukin Research Institute.

The data increases the chance that the BOJ will revise up its forecasts for consumer inflation in new quarterly forecasts at next week’s policy meeting, analysts say.

The yen’s decline has been particularly painful for Japan because of the country’s heavy reliance on imports for fuel and most raw materials, forcing companies to raise prices on a wide range of goods, including fried chicken, chocolate to bread.

The so-called “core-core” index, which strips out both fresh food and energy costs, rose 1.8% in September from a year earlier, accelerating from a 1.6% increase in August and marking the fastest annual pace since March 2015 .

The rise in the core core index, which the BOJ watches closely as a key gauge of the underlying strength of inflation, against the 2% target casts doubt on the central bank’s view that the latest price increases will prove temporary.

With Japan’s inflation still modest compared to price increases seen in other major economies, the BOJ has vowed to keep interest rates super low, remaining an outlier in a global wave of monetary policy.

BOJ Governor Haruhiko Kuroda has stressed the need to focus on supporting the economy until wage growth picks up enough to offset the rising cost of living.

While Japan’s union lobby has vowed to demand wage increases of around 5% in next year’s wage negotiations, analysts doubt wages will rise that much with fears of a global recession and soft domestic demand clouding the outlook for many companies.

September’s CPI data showed that while goods prices rose 5.6% year-on-year, services prices were up just 0.2%, in a sign of how Japan’s inflation remains driven mainly by cost-push factors.

“Consumer inflation is likely to slow in 2023. In that case, any adjustment to the BOJ’s easy monetary policy will be small even during the change to the bank’s leadership next year,” said Yasunari Ueno, chief market economist at Mizuho Securities.

Governor Kuroda will see his second five-year term expire in April next year. The terms of his two deputy governors also end in March.