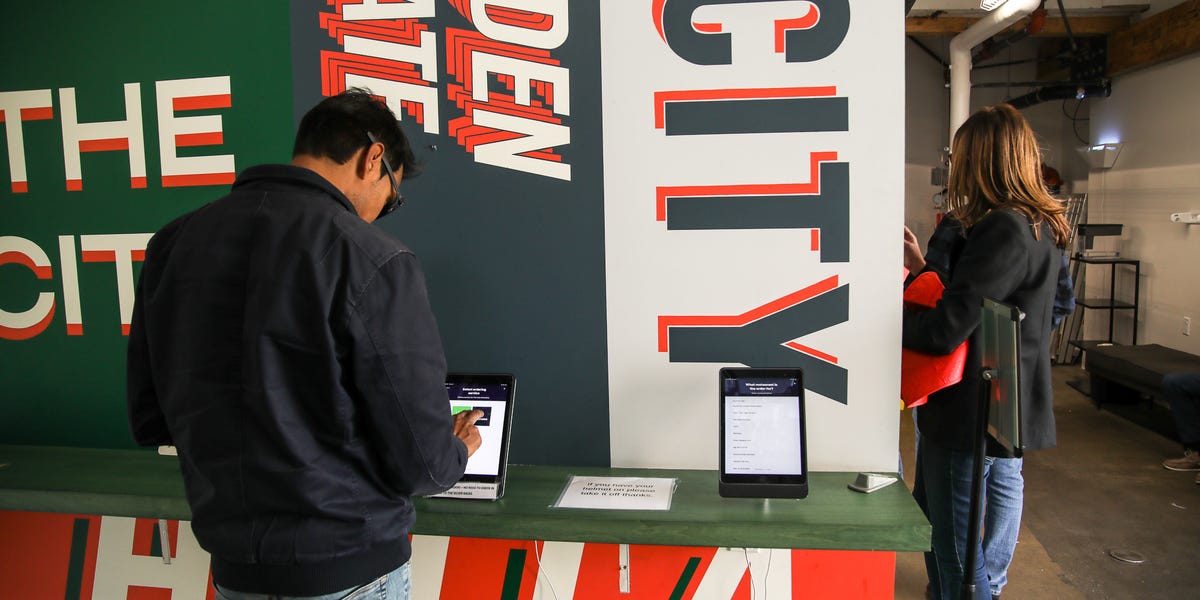 Ousted Uber founder Travis Kalanick has turned from the ridesharing industry to another type of shareable market: ghost kitchens.

As part of Kalanick's acquisition of the real estate company City Storage Systems, startup CloudKitchens – which he has been quite hush-hush about – leases commercial space that offers restaurants and chefs that can only deliver food, a place to prepare food without having to worry about maintaining the restaurant section in a brick-and-mortar location.

There are many names in these kitchens – commissioner, virtual, dark, cloud or ghost kitchen – but the idea is that restaurateurs can rent out space in them to prepare food that can then be delivered through platforms like DoorDash or, yes, UberEats , which was launched in Kalanick's time with the company.

Commission kitchen is basically "WeWork for restaurant kitchens," as TechCrunch's Danny Crichton writes. These "smart kitchens", as they are called on CloudKitchen's website, can come with anything a restaurant or chef needs, such as sinks, WiFi and electricity.

They have become a hot trend in the food delivery arena, allowing existing restaurants to be closer to a market without sacrificing the money needed for a traditional brick-and-mortar restaurant. They also let chefs work without having to embark on the risky business of opening a new restaurant.

And kitchens can also market for these businesses, which is another benefit.

Kalanick's CloudKitchens match growing trend, so much so that Saudi Arabia's sovereign wealth fund funneled $ 400 million into its start-up in January in what is the first known financial backing from the country since the killing of US journalist Jamal Khashoggi, as reported by The Wall Street Journal. [1

9659002] There are already CloudKitchens locations in Chicago and Los Angeles, but as reported by The Wall Street Journals Rolfe Winkler and Rory Jones, a CloudKitchens location has been created in San Francisco SoMa district, but when exactly unclear. CloudKitchens did not immediately respond to Business Insider's request for comment. The WSJ report states that the kitchen is located at 60 Morris St. Although with a quick Google search of "CloudKitchens San Francisco" you won't necessarily find it.

Still, we paid Kalanick's San Francisco Ghost Kitchen a visit to see how it is. Check it out.