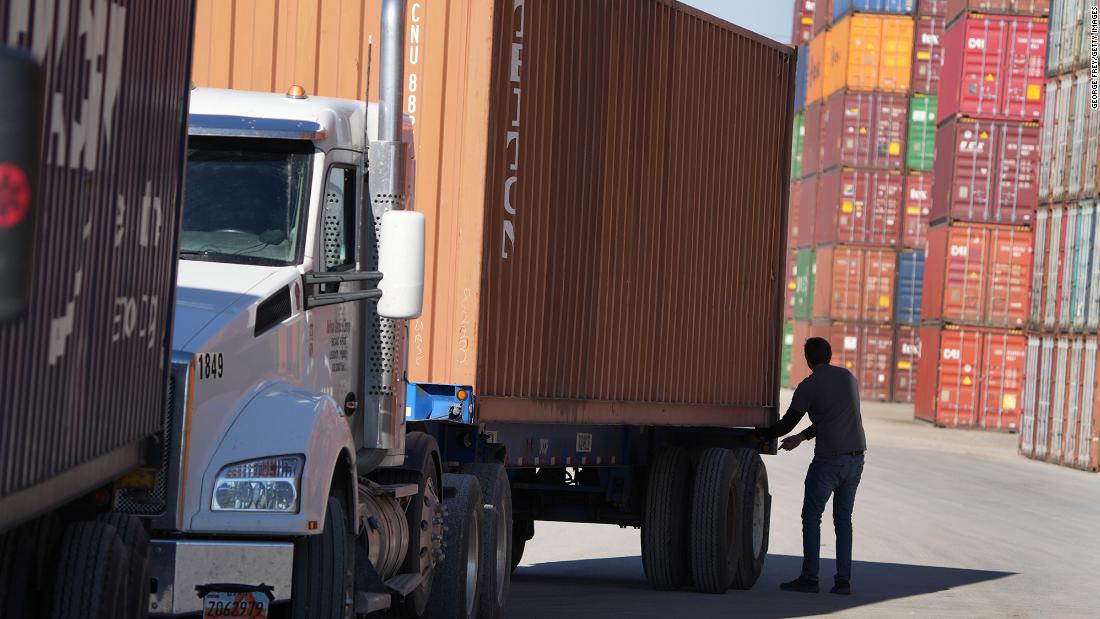 Prices have climbed so high that it will take some time before they come down to earth again. In other words, the unpleasant inflation figures in 2021 will probably remain with us well into the new year.

The latter index is what the Federal Reserve places most emphasis on when assessing the nation’s inflation.

There is some room for optimism: the central bank, which has the task of keeping prices stable, is rolling back its pandemic stimulus and is expected to raise interest rates next year to tame inflation and stop the economy from overheating.
And last month’s data actually showed that prices rose at a slower rate in November than in October for both the CPI and PCE indices. This is good news, even though the decline was small by only 0.1 percentage points.

But here’s the thing: Economists prefer to look at price movements over a period of time, usually 12 months. So a small decline like November will not move the needle yet.

In fact, it may take months for these incremental declines to appear in the data. After a year of high prices for high demand and chaos in the supply chain, many large numbers are baked into the 12-month dataset. Even if inflation suddenly falls off a cliff, it will take time for the leading indices to reflect it. This is what Fed leader Jerome Powell is talking about when he mentions “base effects.”

Why will inflation remain high?

One is the chaos in the supply chain that came to mind last summer. Although some bottlenecks have been resolved, the issues are not completely resolved. And as long as it is more expensive – and takes more time – to move goods around the world, higher transportation costs are likely to pass on to consumers.

Another major contributor is the high prices of raw material prices, which lead to rising energy and food costs. Prices in both sectors have risen this year and added a good deal to the inflation we have already seen. When it comes to food, high prices have forced some consumers to buy less or switch stores.
Economists do not expect anything better next year. Apart from high demand and shipping costs, rising fertilizer prices and continued bad weather can keep food prices high even as other pandemics driven by inflationary pressures subside.

Rising rents are still a problem. This is important because housing accounts for a large percentage of what people spend money on. If rent eats up a larger portion of the pie, consumers may end up spending less, which would be bad news for recovery.

In November, rents rose 0.4% for the third month in a row, according to Bank of America economists, pointing to higher and more persistent inflation going forward.

“The recent expansion of inflationary pressures has coincided with a marked increase in rental inflation,” said Peter B. McCrory, an economist at JPMorgan, “which jumped to its highest monthly rate in 20 years in the September CPI report and has held steady since. gang. ”

And then there’s Omicron.
Several countries, including the United States, have seen record-high Covid-19 infections in recent weeks due to the rapidly spreading variant. If this leads to a new round of shutdowns, it could again change the way consumers spend and increase the demand for home-made goods.
Perhaps more importantly, Omicron can affect energy prices: If restrictions return and people travel less, the reduced energy demand will mean that prices will be eased, and this will help bring inflation down again.