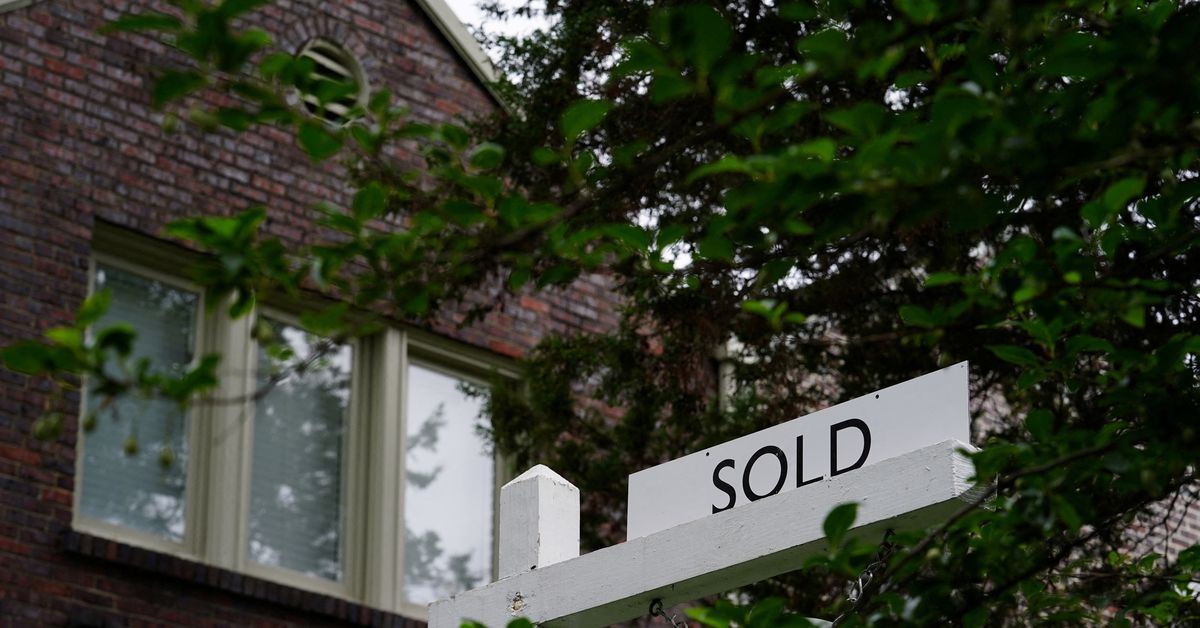 WASHINGTON, Oct 25 (Reuters) – U.S. consumer confidence ebbed in October after two straight monthly gains amid growing concerns about inflation and a possible recession next year, but households remained keen to buy big-ticket items such as motor vehicles and appliances.

The Conference Board survey on Tuesday also showed that more consumers planned to buy a home in the next six months, despite skyrocketing borrowing costs. The steady increase in consumers’ purchase intentions may provide some stability for the economy in the short term.

But there are signs that the Federal Reserve’s aggressive rate hikes are starting to cool the labor market, with a decline in the share of consumers who view jobs as “plenty” and an increase in those who say employment was “hard to come by.”

“The biggest risk is the unknown lagged effects of the Fed’s cumulative tightening and the economy may not feel the full effects until next year when recession risks are high,” said Jeffrey Roach, chief economist at LPL Financial in Charlotte, North Carolina.

The Conference Board’s consumer confidence index fell to 102.5 this month from 107.8 in September. Economists polled by Reuters had forecast the index at 106.5. The decline in trust was across all age groups, but more pronounced in 35-54 years and as well as 55 and over.

Regionally, there were marked declines in Florida, likely due to Hurricane Ian and Ohio. Consumers’ 12-month inflation expectations rose to 7.0%, likely reflecting a recent reversal in gasoline prices after falling over the summer, from 6.8% last month. Food is also still very expensive.

Stubbornly high inflation and waning confidence are a blow to President Joe Biden and Democrats’ hopes of retaining control of Congress in the Nov. 8 midterm elections.

The Fed, battling the fastest rising inflation in 40 years, has raised its benchmark overnight rate from near zero in March to the current range of 3.00% to 3.25%, the fastest tightening in a generation or more. That rate is likely to end the year in the mid-4% range, based on US central bank officials’ own projections and recent comments.

The survey’s current situation index, based on consumers’ assessment of current business and labor market conditions, fell to 138.9, the lowest level since April 2021, from 150.2 in September.

The expectations index, based on consumers’ short-term outlook for income, business and labor market conditions, fell to 78.1 from 79.5 last month. The expectations index remains below a reading of 80, a level associated with a recession and suggests the risk of a downturn may be increasing.

The survey’s so-called labor market differential, derived from data on respondents’ views on whether jobs are plentiful or hard to come by, fell to 32.5, the lowest reading since April 2021, from 38.1 in September.

This measure correlates with unemployment from the Ministry of Labor and is still high by historical standards. Unemployment benefits data show that the labor market is still tight.

Stocks on Wall Street traded higher. The dollar fell against a basket of currencies. Prices of US government bonds rose.

Although worried about the economy’s outlook, consumers remained interested in buying big-ticket items over the next six months, even as they pulled back on travel plans, suggesting many Americans intended to stay home over the holiday season.

The share of consumers planning to buy motor vehicles increased to the highest level since July 2020. More consumers planned to buy appliances such as refrigerators, washing machines and vacuum cleaners.

“Consumers have ample excess savings, and they are willing to dig into this pile of cash to keep real consumption at least stable, even if inflation eats away at their real incomes,” said Scott Hoyt, senior economist at Moody’s Analytics in West Chester , Pennsylvania .

Consumers were also more inclined to buy a home, probably encouraged by a sharp decline in house price inflation.

But rising mortgage rates remain an obstacle. The 30-year fixed mortgage rate averaged 6.94% last week, the highest in 20 years, up from 6.92% the previous week, according to data from mortgage finance agency Freddie Mac.

A third report from the Federal Housing Finance Agency showed home prices rose 11.9% in the 12 months to August after rising 13.9% in July. Prices fell 0.7% on a monthly basis after falling 0.6% in July. It was the first time since March 2011 that monthly prices showed back-to-back declines.

“We expect home price growth to slow for the remainder of 2022, falling to single digits by the end of the year and to zero by the second quarter of 2023,” said Nancy Vanden Houten, chief U.S. economist at Oxford Economics in New York. “As home sales fall as poor affordability puts many buyers on the sidelines, prices will need to adjust. However, inventory remains low and we believe that will keep a floor under home prices.”