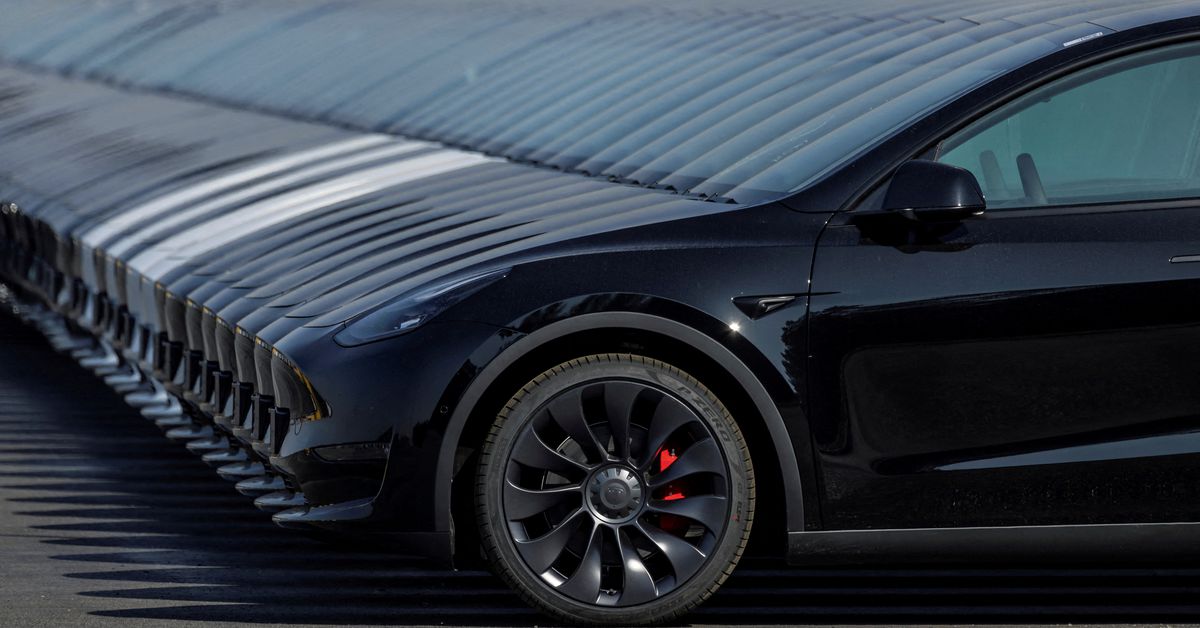 Tesla cars are seen parked at the construction site of the new Tesla Gigafactory for electric cars in Gruenheide, Germany, March 20, 2022. REUTERS/Hannibal Hanschke/

Southeast Asia’s largest economy has tried to get Tesla to set up a production facility in the country, which has large nickel reserves. President Joko Widodo met Tesla founder Elon Musk earlier this year to drum up investment. read more

“We are still in constant negotiations with Tesla … but they have started to buy two excellent products from Indonesia,” Coordinating Minister for Maritime and Investment Affairs Luhut Pandjaitan said in an interview broadcast Monday.

He said Tesla signed a five-year contract with nickel processing companies operating from Morowali on the island of Sulawesi. The nickel materials will be used in Tesla’s lithium batteries.

Tesla did not immediately respond to an email from Reuters seeking comment.

Indonesia is keen to develop electric vehicle and battery industries at home and had halted exports of nickel ore to ensure supply for investors. The move had successfully attracted investment from Chinese steel giants and South Korean companies such as LG and Hyundai.

However, most of the nickel investments so far have gone to the production of base metal such as nickel pig iron and ferronickel.