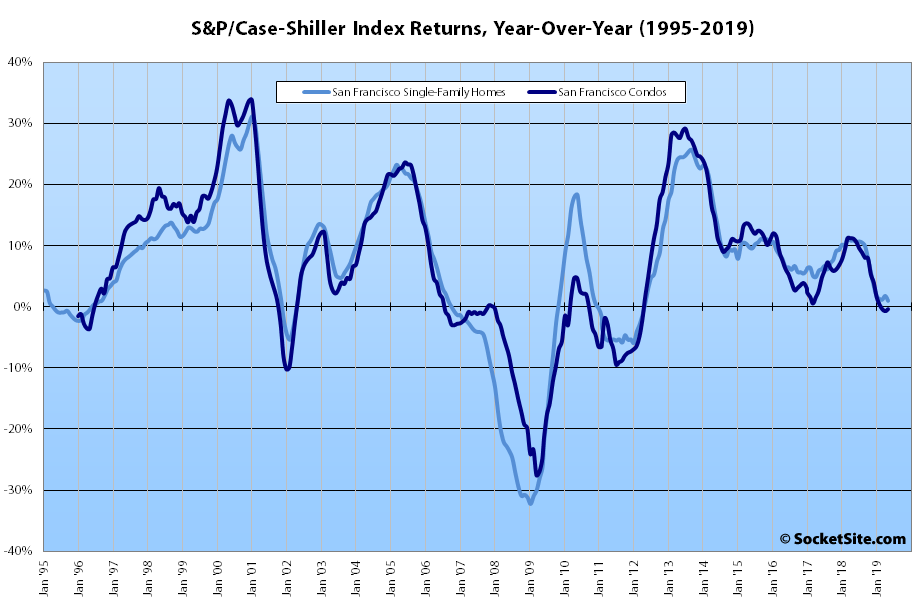 After creeping up 1.6 percent in April, the S&P CoreLogic Case-Shiller Index for single-family homes in the San Francisco Metropolitan Area – which includes East Bay, North Bay and the Peninsula – was up 0.3 percent in May. [19659002] And with the index now hovering just below the peak in the third quarter of 2018, at which time it was up 10.7 percent on a yearly basis, it is now 1.0 percent above its mark at the same time last year. , which is the smallest gain for the year against the index since the second quarter of 2012 and down from a gain of 10.8 percent year-over-year at the same time last year. 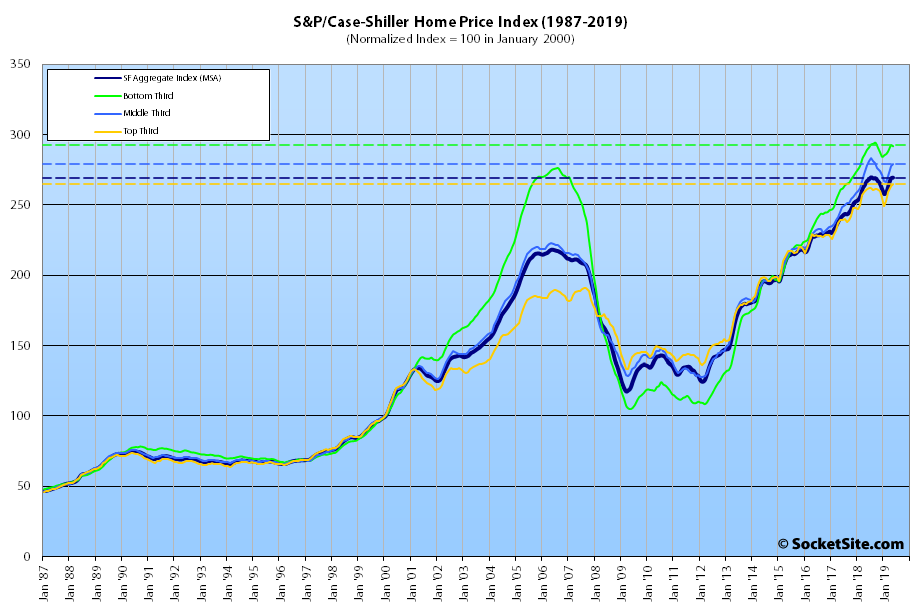 And while the Bay Area condo index rose 1.3 percent in May, it is down 0.4 percent year-over-year and 0.5 percent below peak in the second quarter of last year. 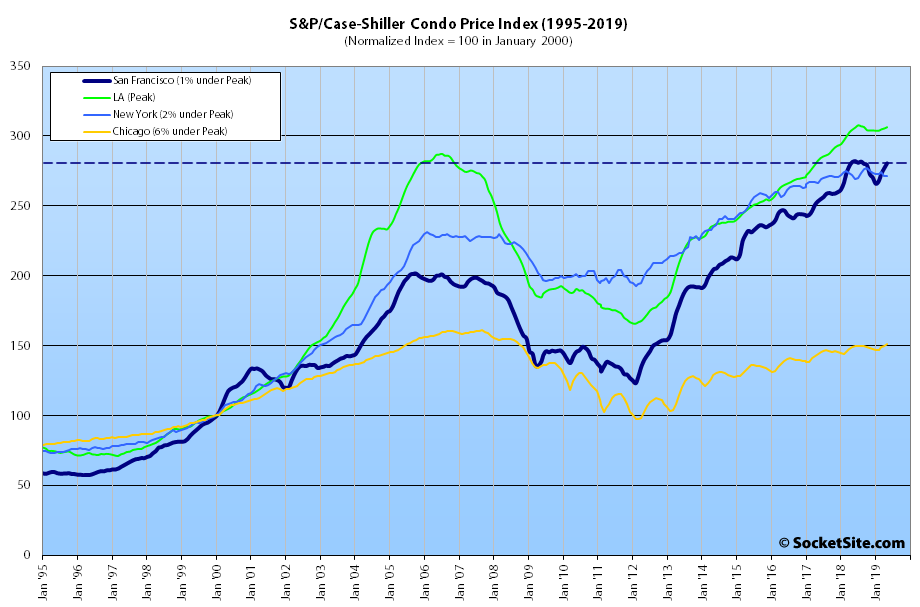 As we first noted last year, Las Vegas is still the nation's leader in housing price gains, up 6.4 percent on an annualized basis, against a national average of 3.4 percent, followed by Phoenix (up 5.7 percent) and Tampa (up 5.1 percent).

And at 1.0 percent, San Francisco ranked next in terms of year-over-year gains for the 20 largest metropolitan areas in the nation, above only Seattle (the index that actually rose by 1.0 percent in May, but was down to 1.2 pe